Israel is preparing to vaccinate children from the age of 5 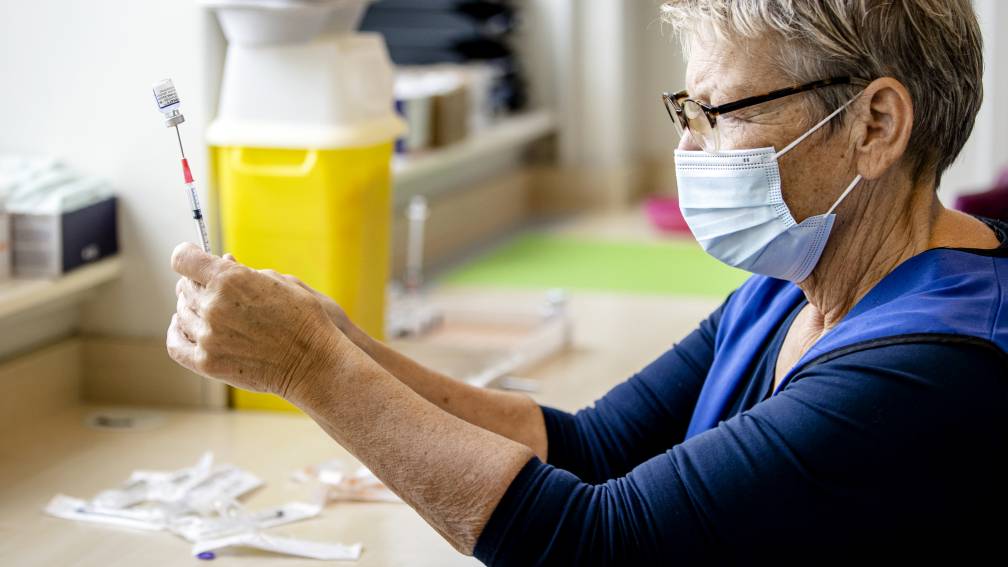 While the signals are turning red in the Netherlands, the corona indicators in Israel are actually green. Compared to September, the number of infections per day is almost twenty times lower. Hospital admissions have also fallen sharply in recent months. Israeli experts attribute the success largely to the third shot, which meanwhile received some 4 million Israelis, out of a total population of 9 million.

Despite international criticism of the unfair distribution of scarce vaccines, Israel is fully committed to the third dose. Anyone who does not take the booster will no longer be considered fully vaccinated six months after the second vaccination. More than 80 percent of Israelis aged 70 to 80 have already received a third shot of the vaccine from manufacturer Pfizer/BioNTech.

This week also advised the Dutch Health Council to offer people aged sixty and older a third corona vaccination. In the debate on the corona measures, outgoing minister De Jonge said yesterday that this is only possible from December. But the House of Representatives was not satisfied with that today: as far as they are concerned, the booster shot should be started earlier.

In Israel, meanwhile, they are preparing for the next step: the vaccination of children between 5 and 11 years old. The vaccines have been ordered and are expected by the middle of this month. It is the same Pfizer vaccine that Israel uses for the rest of the population, only the dose is three times smaller.

The move comes after the US drug watchdog approved the vaccine for children as young as 5 years old. Although the Israeli government has yet to officially approve, the general expectation is that the first young children will be vaccinated later this month. Today, the Israeli government already organized an online session in which parents could put questions to key advisers to the government.

The United States and some other countries are already making vaccines available for children as young as 5 years old. The European regulator has not yet given the green light for vaccinating children under 12.

Vaccines for young children are an important additional weapon against the virus, according to virologist Eyal Leshem. He is director of the Center for Travel Medicine and Tropical Diseases at Israel’s largest hospital. “Initially, the vaccine is for the child itself,” says Leshem. “But if a child is protected, his parents and his grandparents are also protected.”

While the vast majority of adult Israelis are vaccinated against corona, there are more doubts about the vaccines for children. According to a poll, only slightly more than half of parents would like to have their children between the ages of 5 and 11 vaccinated. One of the arguments against a vaccine is that only a small proportion of children become seriously ill after a corona infection.

Yet Professor Leshem has no doubts about the vaccine: “I have a six-year-old child that I will definitely have vaccinated. The vaccine is safe and effective in preventing corona, both in terms of infection and disease. And the risk is negligible. We use for years all kinds of other vaccines for this age group with comparable safety data and without any significant problems.”

Russia advances in control of the Donbas region