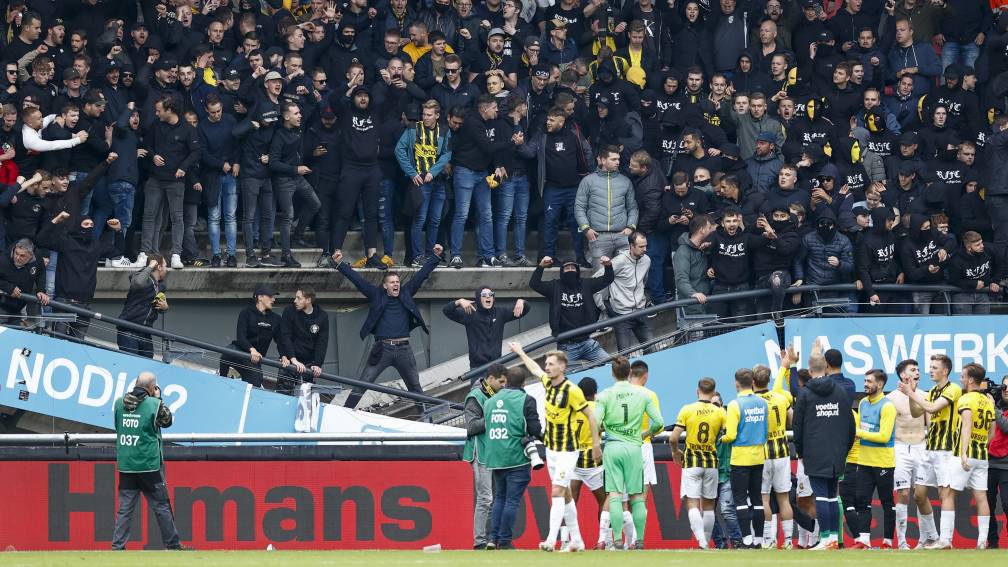 According to researchers, a combination of overload and a design flaw in the NEC stadium in Nijmegen led to the collapse of a grandstand in mid-October. Hundreds of cracks have also been found in the stands and something must be done about this, says research agency Royal Haskoning.

These are interim results, the study has not yet been completed. NEC chairman Wilco van Schaik said at the press conference that he takes into account that the club cannot play in the stadium with an audience until the end of December.

At the time, part of the branch stands in the Goffert Stadium collapsed when supporters celebrated the victory after the final whistle, jumping in sync. No one was seriously injured in the incident; a container under the grandstand prevented the grandstand from collapsing further.

Due to the massive jumping, the pressure on the grandstand was greater than it was designed for. The research bureau speaks of a fault in the reinforcement. As a result, the construction could not handle the overload at the front of the grandstand.

This video shows the grandstand collapse under the hopping crowd:

Ajax player and Neapolitan Ruud Krol between two loves: ‘Naples grabs you by the throat’