Intercity is almost 100% dependent on grants and sponsorship from FacePhi 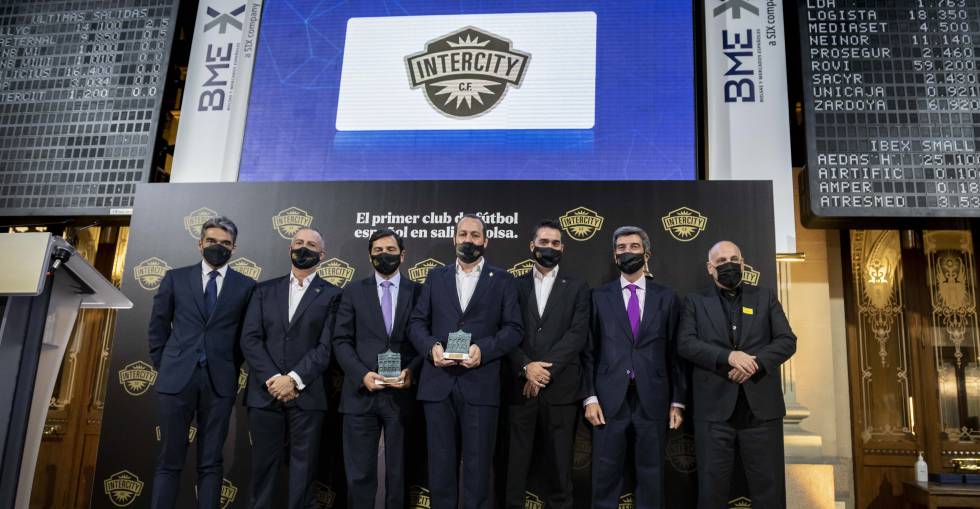 The coming-out was spectacular, nor was Bankia’s premiere in 2011 comparable. Soccer club Intercity debuted on October 29 on BME Growth, BME’s small and medium-sized platform. Javier Tebas, president of LaLiga, present there, anticipated that the Alicante team will open the way for other clubs to go public. But the company, with Deloitte as a registered advisor, has accounts that depend almost entirely on the sponsorship of FacePhi – the president of Intercity was until three months ago the top boss of the biometric solutions company – and on public grants. Meanwhile, its price has soared 58% in five sessions.

The premiere caused a sensation, but the accounts of the firm, created in 1993, indicate that it is a long-term commitment. Losses far outweigh revenue and show heavy reliance on FacePhi, another company that debuted on BME Growth in 2014 and shares shareholders and directors with the soccer club. Javier Mira Miró, with 8.21%, and Salvador Martí Varó, with 10.99%, are the maximum shareholders. Martí Varó, president of Intercity, is the first partner of the biometrics company, and Javier Mira Miró is the president and CEO of this company.

Intercity, which plays in the so-called RFEF Second Division (fourth category of Spanish football), lost 2.3 million euros in the year ended in June, which means doubling the red numbers of those ending in 2020.

The company reveals that its income reached 313,000 euros and that, of this amount, the majority was due to the sponsorship of FacePhi, with 35%. Tuition and fees for grassroots football teams contributed 25%. 30% were grants from the Valencian Community Soccer Federation, the San Juan City Council, the Alicante Provincial Council and the Valencian Community. The remaining 10% corresponded to aid from the Royal Spanish Football Federation.

Intercity does not enter anything for audiovisual rights, a capacity reserved only for the first two echelons of national football (La Liga and the Second Division) nor for tickets to matches. And, in addition, he does not plan to charge for it this season to attract more fans. In any case, this line of the income statement contributed only 5,000 euros in the 2018-2019 season, the last before the Covid. Nor does it enter for the sale of players, although it states that it has a strategy for transferring and training footballers for its subsequent sale.

It doesn’t even have facilities. He uses, for free, to train and for lower-category teams, the Sant Joan sports center, owned by the municipal council, which has given it to him, and the Antonio Solana Stadium, which belongs to the Alicante city council, used by the first team. It also does not have written contracts, they are purely verbal.

The company assures in the brochure that one of its great advantages is its independence from the banking system – it does not have a single loan – although it has been forced to resort to crowfunding to solve accumulated losses.

The collection started in 2019, through the Fellow Funders platform, and raised a total of 2.8 million euros. This meant a qualification in the 2020 accounts, which has been corrected at the close of the fiscal year ended June 30 with the capitalization of those contributions. In addition, between September and October of this year, the club converted 40 loans for 810,000 euros into capital and the partners bought and sold shares at 1.2 euros, the price set for the debut.

Intercity, which has never made any money, does not foresee a date when it will be able to leave the red numbers behind. Its strategy is based on ascending “year after year until competing in the First Division and thus becoming a nationally and internationally recognized club.”