In her show “Bouches cousues”, Olivia Ruiz sings about exile and childhood 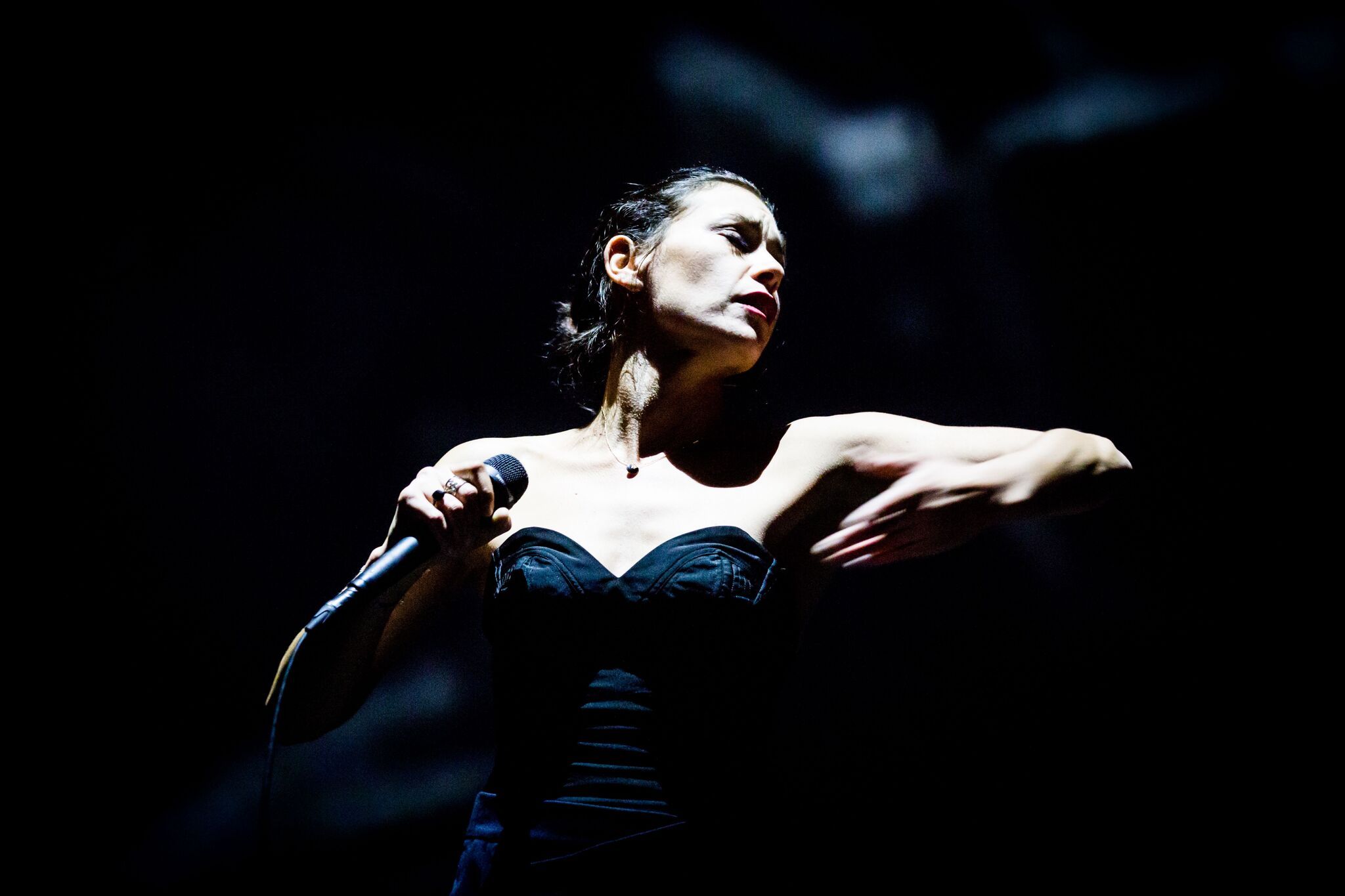 Her voice, vibrating like a thunderous rumble, echoes even before she enters from behind the stage, a slender figure dressed in black, with an austere bun, with red lips. Olivia Ruiz rolls the “rs” of the Spanish wrestling song El paso del Ebro, accentuating each warlike onomatopoeia: “Rumba la rumba la rum bam bam! “. On black and white images of the Retirada, the exile of 450,000 Spanish republicans defeated by the Francoists in 1939, she sings the pain of migration during which “the body precedes the soul of man”.

Bouches cousues, presented in Paris in the setting of old stones of the Bouffes du Nord, goes on tour in France. This show, directed by Jérémie Lippmann, allows Olivia Ruiz to illustrate a family memory, between Spain and France. Exile, which nourished the writing of his first novel La Commode aux tiroirs de couleurs, has long been unspoken in the history of the girl from Marseillette (Aude).

Three of his grandparents had to flee Spain and settle in a France which penned them with severity in the icy camps of Argelès-sur-Mer (Pyrénées Orientales). They didn’t talk about it. Yet, she says, “when a Spanish song was on the radio, it was as if a light went on”. And to quote Pablo Neruda: “uprooting for the human being is a frustration which atrophies the clarity of his soul. “

In Spanish, an intense tone, in French, a caressing voice

Clarity, lights, there will be a lot in Mouths sewn. Signed Dimitri Vassiliu, magnificent lighting with warm touches, red, pink, orange, illuminate the artist, her musicians, the clouds that run over the wall behind them… She interprets a militant or popular repertoire in Spanish. The martial Ay Carmela !, written during the War of Independence (1808-1814) will be followed by the sentimental Porque te vas, created by Jeanette in 1975 for the film Cría Cuervos by Carlos Saura. Committed songs, including Anda Jaleo by Federico García Lorca, succeed the heart-wrenching ballad Piensa en mi, performed in Pedro Almodóvar’s Stiletto Heels.

Olivia Ruiz punctuates the rhythm of her nervous dancer’s body, the precise and ample gesture, in flamenco mode, accompanied by four musicians on the line. Vincent David, Frank Marty, David Hadjadj and Mathieu Denis, multi-instrumentalists, will add to the guitars, keyboards, double basses, trumpets and trombones, a ukulele, a nyckelharpa (Swedish fiddle), a charango (Andean guitar) and a musical saw.

Quoting André Gide, Boris Cyrulnik, Michel Campiche or Christian Bobin, the artist takes his story from shadow to clarity, from tragedy to resilience. Two voices speak through his mouth. One, in Spanish, with an intense, emphatic timbre, with deep bass, proclaims. The other, in French, sung or spoken, more caressing, tells.

“I drag my feet”, a delicious childhood song

Olivia, née Blanc, child of Marseillette “a small village in the Aude, in Occitania, 600 souls”, fondly remembers “Grandpa, Grandma, Tonton André”, and the family café where she grew up. “The boarders, the regulars / Passengers especially in the summer / Happy mess in my cafe”.

The artist summons up his turbulent young years with J’t dragne des pieds, a delicious song from the album La femme chocolat. “Flayed my face, scraped my knees…”. Leaving the political register for a more intimate tone, she will dance a nostalgic waltz, and will delicately take up Undits, Les Météores, De toi à moi, so many markers punctuating her pop course.

Six Meters, written for her by Allain Leprest, is a highlight. The song of the poet who died in 2011 plays on a double meaning: the ruthless competition confronted with the necessary generosity. From the sporting metaphor to collective advocacy, Olivia Ruiz, applauded, calls out to a conquered audience: “Getting started, more than getting down to it / Being together, winners, all together!” “.

Covid-19 in Europe: why the epidemic is skyrocketing in several countries

Covid-19 in Europe: why the epidemic is skyrocketing in several countries