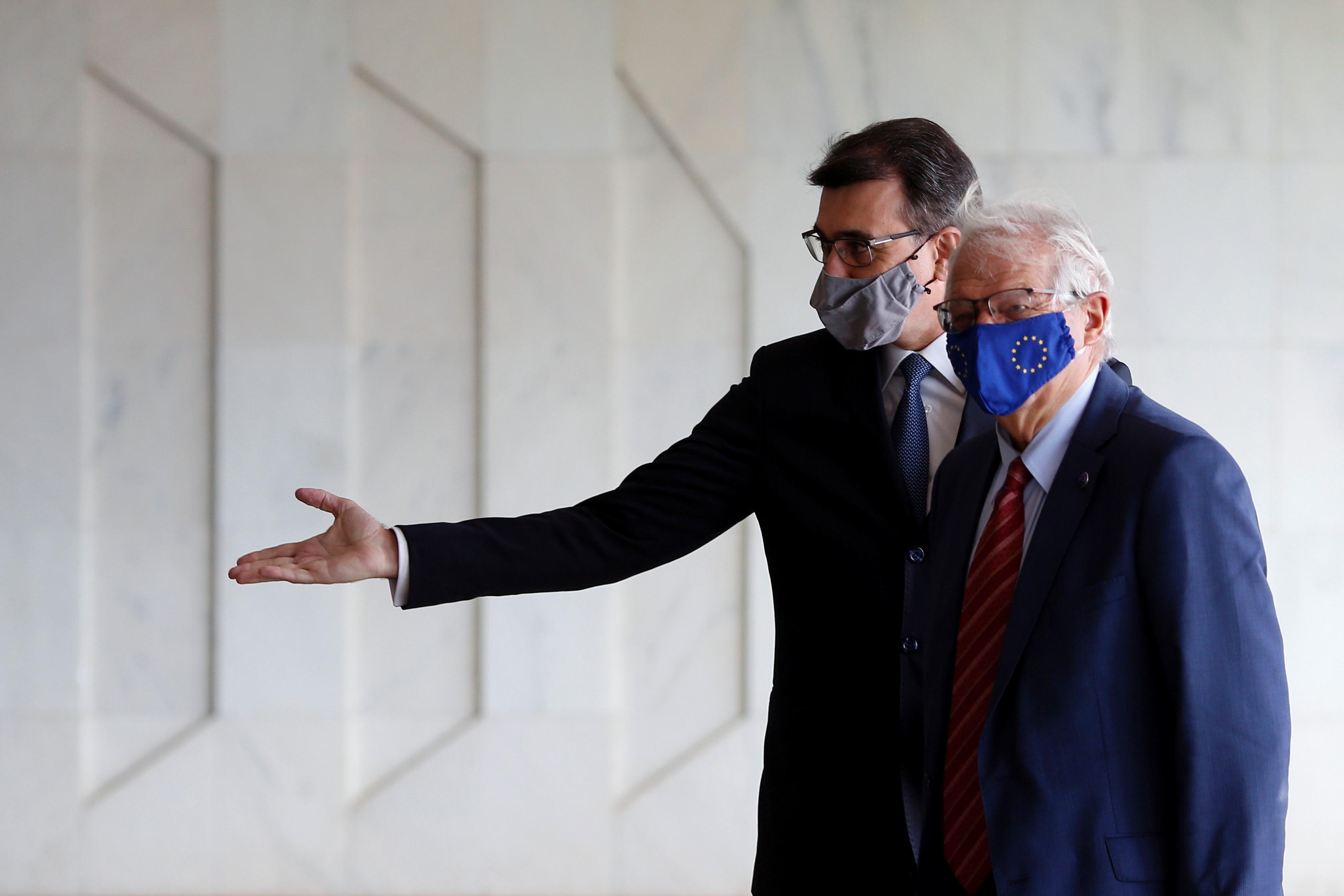 In an official visit to Brazil, the High Representative of the European Union (EU) for Foreign Policy, Josep Borrell, has praised the climate objectives that the country presented at COP26 and said that Europeans are committed to reaching an agreement with the Mercosur. The statements came after a meeting of almost two hours with the Minister of Foreign Affairs of Brazil, Carlos Alberto Franco França.

In a press statement in which no questions were allowed, the EU representative welcomed the Brazilian government’s proposal to end illegal deforestation in 2028 – two years before the initial proposal – and the new commitment that the country signed at the Glasgow Climate Summit, COP26, to stop emitting carbon into the atmosphere in 2050. “It is exactly the same purpose that we have in the European Union. We share the same level of ambition, ”said Borrell.

However, the senior official has conditioned compliance with environmental objectives on the signing of the agreement between the two economic blocs: “These elements will be crucial for the success of the EU-Mercosur agreement. We are working with our Mercosur partners to provide the necessary clarifications in our shared commitment in this area ”.

The Bolsonaro government is the target of several criticisms at the climate summit, for presenting proposals that seem unreal, in view of the attitudes of the president, who in recent years has seen the deforestation of the Amazon, fires and carbon emissions into the atmosphere. The promises made at COP26 have not convinced environmentalists, who say the government is using a climate pedal, an accounting maneuver, to alter the target calculation.

It is the first time that Borrell comes to Latin America on an official visit, to try to boost relations with the region. The last time there was a high-level diplomatic meeting between representatives of the EU and Brazil was in 2012. Borrell has also been in Peru this week.

In the case of Brazilians, the hope that the meeting would serve to reaffirm the conclusion of the Mercosur-European Union agreement was evident, which began to be closed in 2019 but is still far from being completed due to the restrictions of France and Austria, mainly. There is intense negotiation between Brazilian and European diplomats to accelerate this process, even though the South American country’s environmental protection commitments are new.

“Once signed, this agreement will guarantee the highest standards of socio-environmental protection, in addition to providing socio-economic benefits to both regions,” said França. Borrell has followed his example: “The European Union is fully committed to this agreement. The ratification and application of this agreement will contribute to a better world ”.

In his speech, Minister França has also rejected the interpretation that Brazil would be isolated internationally, as political analysts believe and as defended by his predecessor, Ernesto Araújo, who did not seem to care that the country occupied a pariah position. “Brazil, contrary to what many say, is not isolated. In reality we are within everyone, in our international relations, in a very frank, very open, very intense action ”, he stated.

After the meeting with França, Borrell was received at lunch by Vice President Hamilton Mourão and had planned a quick meeting with President Jair Bolsonaro, as well as meetings with European women and Venezuelan immigrants.