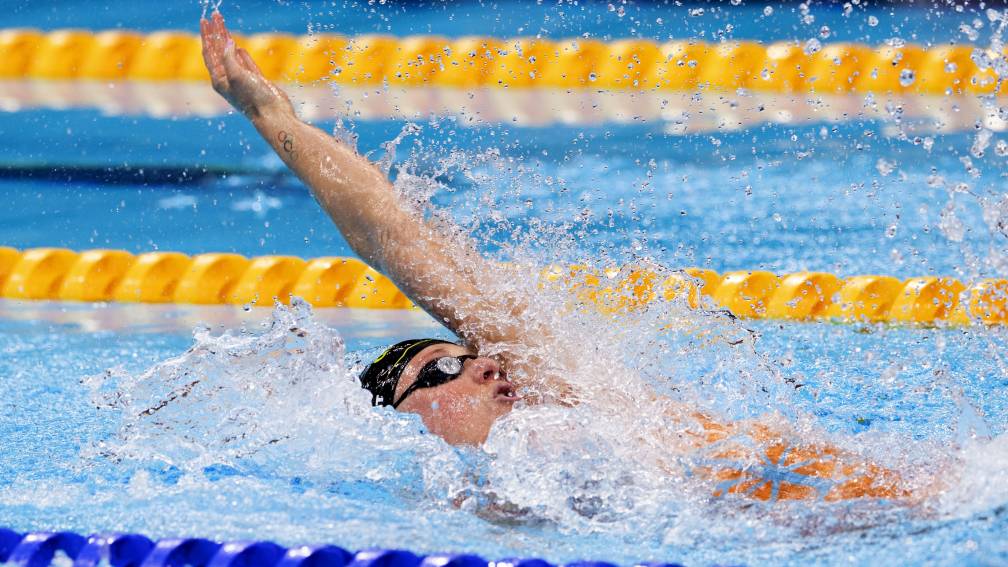 Swimmer Kira Toussaint has had an excellent start to the third final session at the European Championship short course in Kazan. She not only won gold in the 200-meter backstroke in front of defending champion Margherita Panziera, she also set a new Dutch record.

The title holder in the 50 and 100 meter backstroke started strongly and immediately took the initiative. The expected attack from her Italian competitor did not materialize, or rather: the 27-year-old Amstelveense, who had already been by far the fastest in the semifinals, simply went too fast for Panziera.

Toussaint, who benefits a lot from her strong turning points on the short track, tapped after 2.01.26 and with that she took a big bite of her old record. That stood at 2.02.09 for a month.

De Boer and Puts next to podium

Immediately after her, four men took the podium in the 50 meter freestyle, but this did not include the Dutch trumps Thom de Boer and Jesse puts. They had to settle for fifth and sixth place.

With 20.97, De Boer was two hundredths short of the Pole Pavel Jurasek and the Russian Vladimir Morozov, who both took bronze. Puts was another 0.02 slower.

The victory went to Szebastian Szabo. The Hungarian, who is mainly known as a butterfly specialist, was too quick for the Italian Lorenzo Zazzeri with 20.72.