Even before the release of the album “Voyage”, ABBA made a successful comeback. 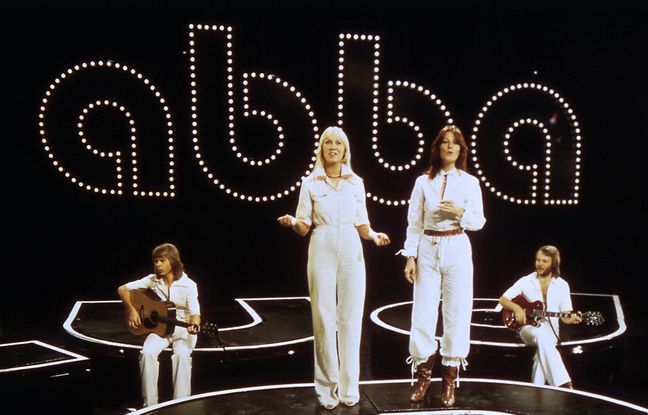 To all senior, all honor. This Friday, the ears and hearing aids around the world will be all ears for ABBA. The Swedish 70-year-old quartet is releasing an unreleased album, Voyage, awaited by fans for forty years. At the time of writing, almost nothing is known of its content, apart from the first three extracts received with such enthusiasm that this is enough to make the record an event.

On September 2, the group unveiled with great fanfare – the live on YouTube was followed by 1.6 million people – two new songs, the very dancing Don’t Shut Me Down and the power ballad I Still Have Faith in You. At the same time, he announced that a record would be released on November 4. ABBA-mania did the rest: in the space of three days, 80,000 pre-orders of the album were in the UK and another 50,000 in Germany. The two new tracks immediately started playing on the radio. In France, antennas as varied as NRJ, RTL, Nostalgie or Europe 1, have programmed them.

If, in France, these singles did not shake the best sales rankings, they shone more in other countries. In Sweden, Don’t Shut Me Down and I Still Have Faith in You were number 1 and number 9 respectively, and in Great Britain, ninth and fourteenth. This Thursday, the music video for the first song had 26 million views and that for the second was approaching 15 million. Not bad for a band that hadn’t released anything since 1981 …

Over 2 billion views on TikTok

“The new songs are pure ABBA. I feel like I’m 28 again! “, John Carpenter tweeted – yes, yes, the director of Halloween and The Thing – two months ago, illustrating the rejuvenation represented by the return of the Scandinavian stars. However, we should not believe that the under 20s remain hermetic. The band’s music has spanned the decades.

Mentioned in the film Priscilla, mad about the desert in 1994, sampled by Madonna (Hung up, released in 2005, quotes the melody of Gimme! Gimme! Gimme!), ABBA’s discography has above all inspired the plot of a musical comedy , Mamma Mia! on the bill in London for twenty-two years, declined in fifty productions and successfully screened in 2008. No generation has been able to escape it: on TikTok, the popular social network for under 25s , the hashtag #ABBA has added more than two billion views.

Just A Notion, the third extract of Voyage exploited since October 22, certainly did not have the resonance of the two previous ones – its entry in 44th place in the Swedish Top 50 testifies to it – but the return of ABBA is now. already a success.

The “ABBAtars” on stage in May

The show which will be launched in London in May, in a room with 3,000 seats specially built for the occasion, will further explode the scores. In three days, just with the presales, 70,000 tickets had been snapped up.

Agnetha Fältskog, Björn Ulvaeus, Benny Andersson and Anni-Frid Lyngstad – whose first names make up the group’s name – will not be on stage. They will be embodied by enhanced holograms called “ABBAtars” – a play on words with “avatars” whose sound is unfortunate for French speakers. The four artists will have returned to their retirement and will remain there. At Guardian who wondered about possible future albums, Benny Anderson answered without hesitation: “This is it”. In French: that’s all, it’s over.