Negotiations continue on fishing licenses in Jersey and France 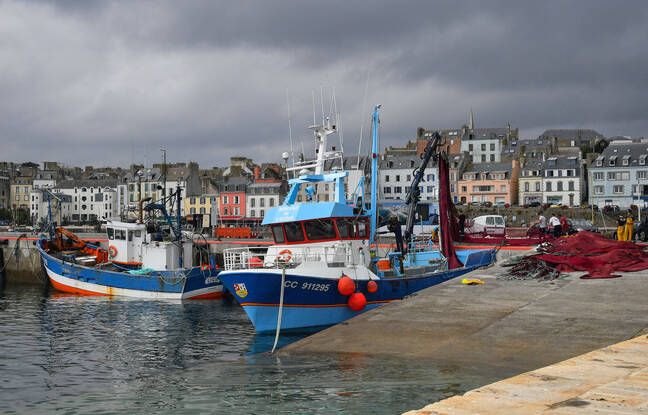 The tone has lowered but none of the protagonists seem ready to make the slightest concession. While the fate of the British trawler diverted to Le Havre must be decided by justice today, Paris continues to demand licenses for thirteen vessels in Jersey, in the difficult negotiations around post-Brexit fishing.

The meeting between Emmanuel Macron and Boris Johnson on the occasion of the COP26 in Glasgow helped to stop the escalation of tensions. In this dossier which also concerns the European Union, France has postponed the entry into force of retaliatory measures decided against the United Kingdom to “at least Thursday”, the date scheduled for a meeting in Paris between the secretary of British State in charge of Brexit David Frost and the French Secretary of State for European Affairs Clément Beaune.

Meanwhile, negotiations focus on areas for fisheries in territorial waters, the island of Jersey and replacement vessels. But the dispute over the documents to be provided to obtain a license remains unresolved. In theory, European fishermen can continue to work in certain UK waters provided they can prove that they have previously fished there.

About a quarter of French catches in volume (around 20% in value) come from British waters, which are very rich in fish and which are the source of 650 million euros in annual sales for European fishermen. Resolving the conflict is therefore crucial, but both sides continue to raise threats. The French notably plan to ban British fishing vessels from unloading their cargoes in French ports and to tighten controls on boats and trucks if London does not grant more licenses to French fishermen.

In response, the British government threatened to use the dispute settlement mechanism under the post-Brexit trade deal to demand “compensatory measures” and to tighten controls on European fishing vessels. Boris Johnson has also indicated that the position of the United Kingdom had not changed an inch since the start of the case …

They change 17 pedestrian bridges for more security in Peripheral

They change 17 pedestrian bridges for more security in Peripheral