Femicide: They protest in Mexico City for “Day of the Dead”

Families of victims of femicide and missing persons today commemorated their own “Day of the Dead” with a protest in Mexico City to demand justice for the violent and murdered women in the country.

“We really want the authorities to act, not to remain (the cases) in that dark place as they left them. We seek justice and truth for each of our dead, “said Consuelo Martínez, mother of Victoria Pamela, murdered in 2017 by her then partner.

Several hundred people they walked along the Paseo de la Reforma with purple crosses. Each one alluded to a specific case: some crimes resolved with a final judgment -the fewest-, others in process with the femicide arrested, and most with little progress.

“Each cross is a case, a pain. That is why we seek justice and truth,” added the woman, who is part of Voces de la Absencia, the organization that convened the march. 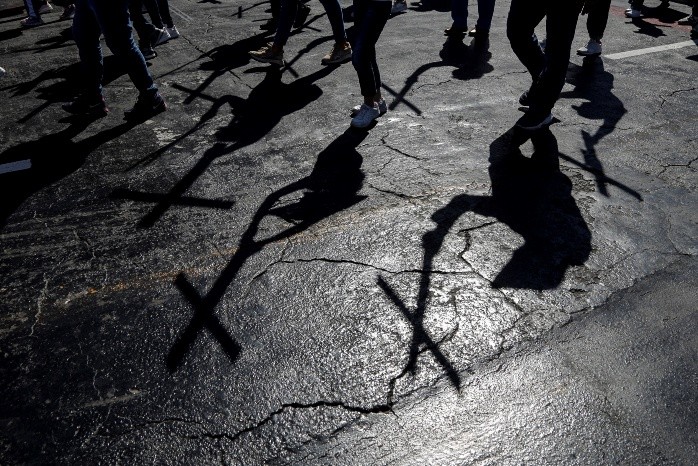 With crosses, the protesters advanced from the capital’s Zócalo to the Monument to the Mother. EFE

Voces de la Ausencia established this day as “Day of the Dead” on November 3, consecutive to the Day of the Dead celebrated in Mexico, to remember all the women who are murdered or disappear every day.

Mexico faces a crisis of sexist violence with the murder of more than 10 women a day, According to UN Women and civil organizations, whether for intentional homicides and femicides, the crime of killing a woman for gender reasons.

According to the most recent official data, between January and September 2021 a total of 762 murders of women classified as femicides.

Only last August there were 108 cases, the highest figure registered in the Government of President Andrés Manuel López Obrador (AMLO), according to data from the Ministry of Security and Citizen Protection.

Cintia Ramírez, Dulce Lilián’s aunt, murdered in August 2019, explained that the march was aimed at urging the Government, the Prosecutor’s Offices and all the authorities to do justice for all the murdered girls.

The murderer of Dulce Lilián, who was her husband, remains a fugitive from justice and at the moment there is no progress in his search.

“The main requirement is to ask the Government to listen to us, to arrest people who are at large and see justice done. They are not going to give us back our dead but at least they give us some peace and quiet, “shared Ramírez.

Hugs and cries during protest

During the march, which continued the journey without major altercations, there were moments of emotion among the mothers, who hugged and even burst into tears. 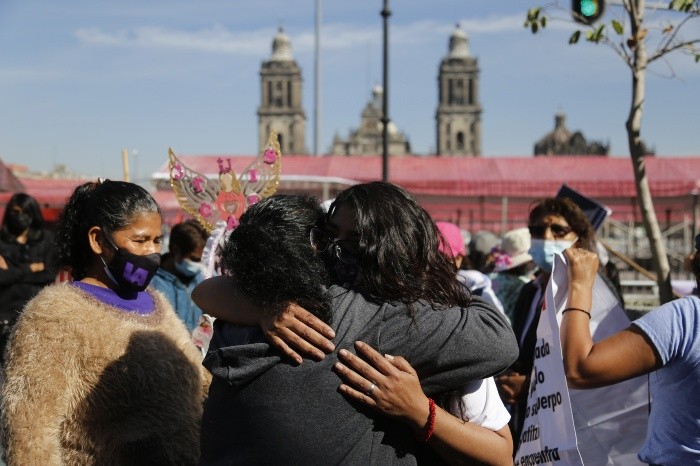 Women from feminist groups hug each other during the demonstration. EFE F. Guasco

For them, unity is very important and stay together in the fight it is an incentive not to give up.

“We support each other, we are here for the same fight: our murdered daughters. (…) I would tell the mothers of femicide victims who are alone to seek help,” said Nayeli Aquino, mother of Naela Daniela, murdered in August of 2019 and whose case has hardly any progress.

Family members also appreciated the effort of Frida guerrera, a founding activist of the organization and who, they assured, gives them the strength to continue in the fight when they feel they can no longer do it.

They were also present on the walk numerous children who were orphanedafter the femicide of their mothers. They are also great forgotten, they assured during the march.

The protesters marched from the capital’s Zócalo to the Monument to the Mother, where today an “anti-monument” erected by the same activists remembers the women victims of violence in the country.