VIP prostitution in motor racing: the case of the businessman and the alleged madam accused of subduing promoters 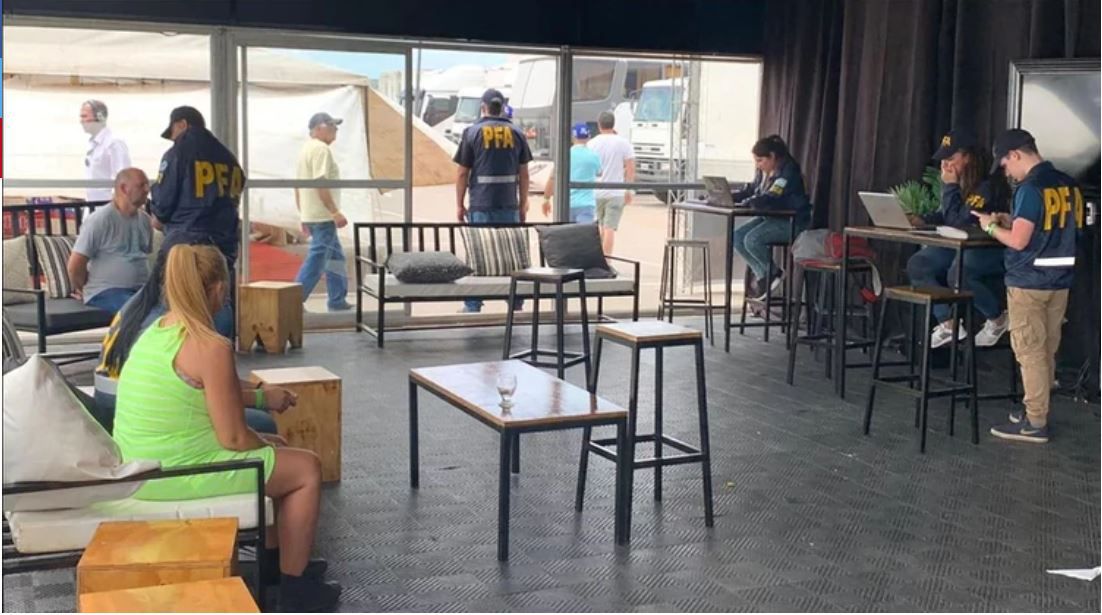 2019: Karina Juárez after being stopped by the Federal at the Fangio de Rosario racetrack.

In December 2019, Karina Liliana Juárez had to sit in an uncomfortable chair in her short lemon green dress while she dismantled her world. The Trafficking in Persons division of the Federal Police had arrived at her reservation at the Fangio racetrack in Rosario to arrest her after months of investigation. It was a racing day; the final was being played on the pavement. Outside, there were “his girls”, his victims, according to federal prosecutor Franco Picardi. Juárez, 44 years old at the time, living in La Tablada, claimed to have an “advertising agency” that he had called with his first and last name. It was, literally, an agency of promoters, the girls who pose in the gazebo-type tents of the beach, in the pits next to the runners with little clothing and adherent leggings. Karina had 26 of them that day at the racetrack, with her initials written in a monogram on her thighs.

The self-proclaimed manager and businesswoman was accused of prostituting them, in an investigation in which PROTEX intervened, the wing of the Procuratorate that investigates crimes of human trafficking with prosecutors Alejandra Mangano and Marcelo Colombo. And so it fell. She was taken to a cell at the PFA base in Villa Lugano, where she spent the night. Fabián Ferro, her driver, accused of taking and bringing the girls, of having his part in the plot, was arrested along with her as well. His “girls” testified before the Rescue Program. Then, they declared before the Justice. 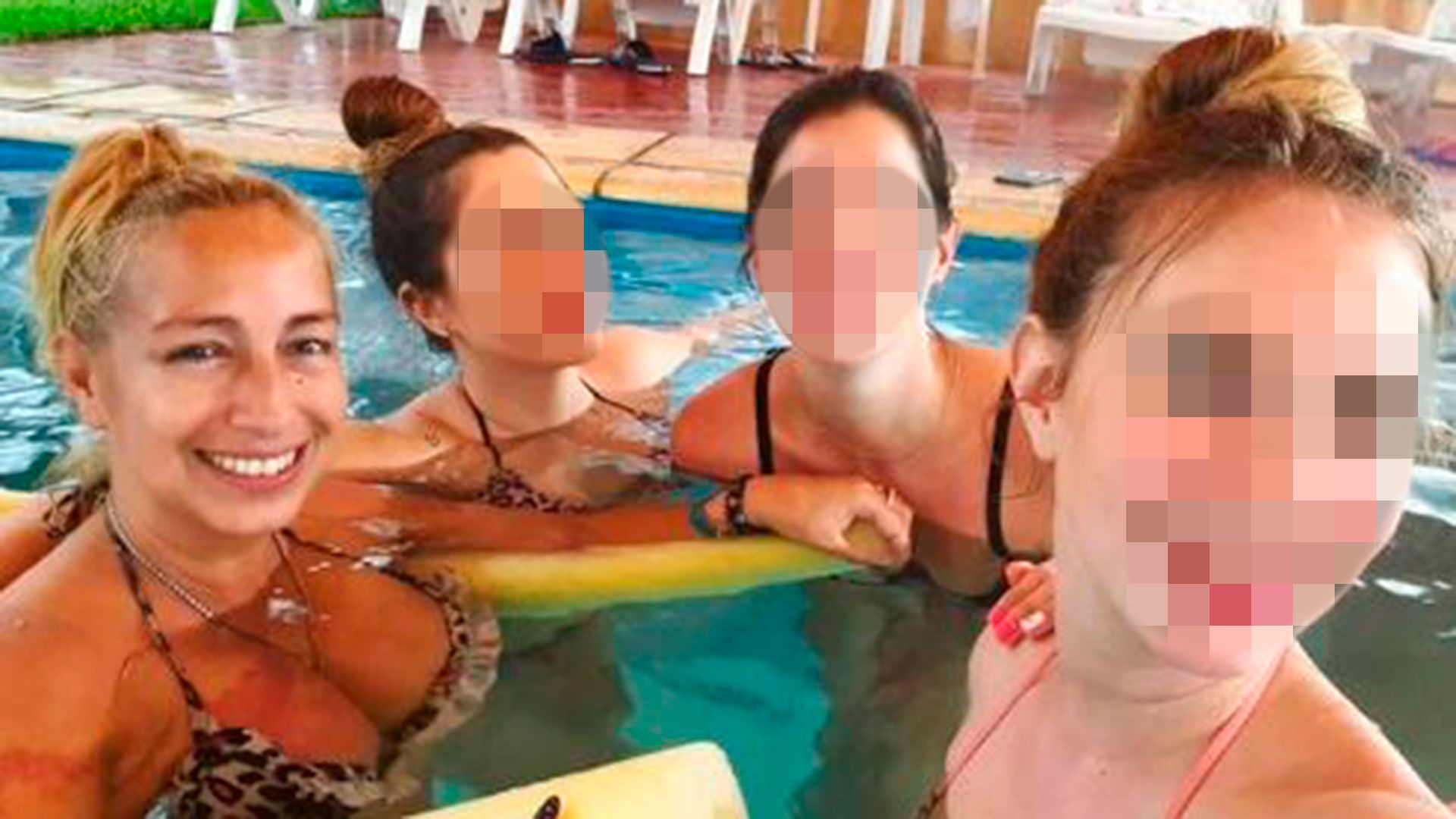 To the water: Juárez with “girls” from his agency on a visit to Concordia hot springs. (Federico Fahsbender /)

More than 110 CDs of conversations intervened by a judicial machine that accumulate more than 8 thousand hours, spoke of sex for money and submission, of girls reduced to “cars” according to their jargon, of appetites that had to be satisfied, especially those of a man older, Raúl Osvaldo Roncayolo, “El Papu”, “El Viejo”, 77-year-old businessman, recognized in his field, with a dealership in Pilar that has held the official license of one of the most prestigious brands on the planet for decades. The logo of that concessionaire was recurrent on the tights and umbrellas that the manager’s girls wore. “Turn him over to the old man and don’t fuck around anymore,” Juarez used to say to one of his pupils.

Roncayolo was also arrested, found at his home in a private neighborhood in Pilar.

Today, almost two years later, Roncayolo, Juárez and the driver Fabián Ferro are free, but it is their turn. In an 89-page letter accessed by Infobae, Picardi, in charge of the Federal Prosecutor’s Office No. 5, requested his elevation to trial.

Juárez denied any link to prostitution in his investigation. He told his story. She stated that she started out as a promoter herself and then set up an agency, which could carry up to 25 girls per event. He did not deny his link to Roncayolo. He affirmed that the businessman hired his girls to promote his concessionaire in the circuit for eight thousand to nine thousand pesos, the event plus travel expenses. He said it in a monologue: Karina refused to answer questions. “El Papu” agreed to be investigated, recounted the operation of his business, his work with Juárez, which he said he preferred because “he charged half” than his competitors. He recognized a term in the wiretaps, “autito”, used to refer to the girls “with a good presence”, whom he inspected in person. One promoter was nicknamed “Triki Triki.” “It’s a nice little car, che”, Ferro said to Roncayolo in a listening.

Finally, he said he was unaware of any sex business, he claimed that his health prevented him from doing any such activity.

Picardi didn’t believe any of them. He stated in the request that he was not only “a habitual prostitute of the prostitution circuit generated in the framework of motoring under the cover of the promoter agency managed by Karina Liliana Juárez” but also “contributed his influence, knowledge and access in said environment, without which the sexual exploitation of women in a situation of prostitution could not have occurred in the way it was done, and without which the Juárez agency would probably not have been able to function ”. “Likewise, Roncayolo obtained a sexual benefit directly from the exploited women and prestige – for lack of another word – in the motoring environment,” continued the prosecutor. In other words, the businessman was not only a regular consumer: he was, according to the accusation against him, a key party. 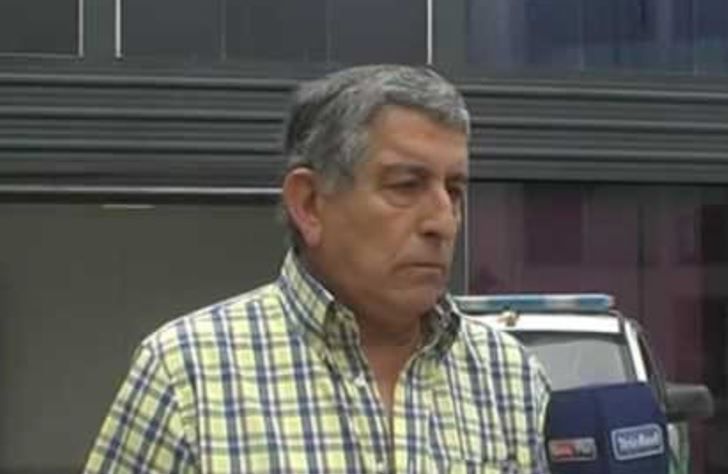 The driver Ferro was accused of violating a restriction imposed by Rodolfo Canicoba Corral, the original judge of the case, now retired, when contacting one of the victims. It is believed that his role would be much greater than that of a simple escort remisero and that he would have even replaced Juárez as his second in command. Of 26 identified promoters, four testified as witnesses with a confidential identity, their testimonies were the backbone of the accusation of Picardi and PROTEX, together with the wiretaps. Juárez used to show himself on his networks on trips with his girls, whom he showed in optimal conditions, on relaxing trips. “He was a rat with the food, we were thirteen and he bought us three chickens for all of us,” said one. They spoke of mistreatment, miserable wages. “If your uniform broke, hold on,” the victim continued.

One, directly, assured: “I was offered the accompaniment / provision of sexual services for a sponsor, who was Roncayolo, I could not remember if they were once or twice and they did not ask me again because I immediately said no, on the spot. This offer was made to me by Karina, she did it over the phone and also personally. ”The testimony continues: I remember that Karina told me how to give her a hand or help her to be able to pay me, the ticket and the per diem in general, I know that’s called holding events, and she asked for my help because she had a commission left ”. The price was eight thousand: six thousand for the promoter, two thousand for Juárez. She refused and was punished.

Another of them claimed to have been taken to a hotel by Roncayolo: “I know you are alone, I want to be your friend,” she would have said. He refused to kiss him on the mouth, a man 50 years older. “You would have given the old man a little kiss,” Juárez reproached him in his story. 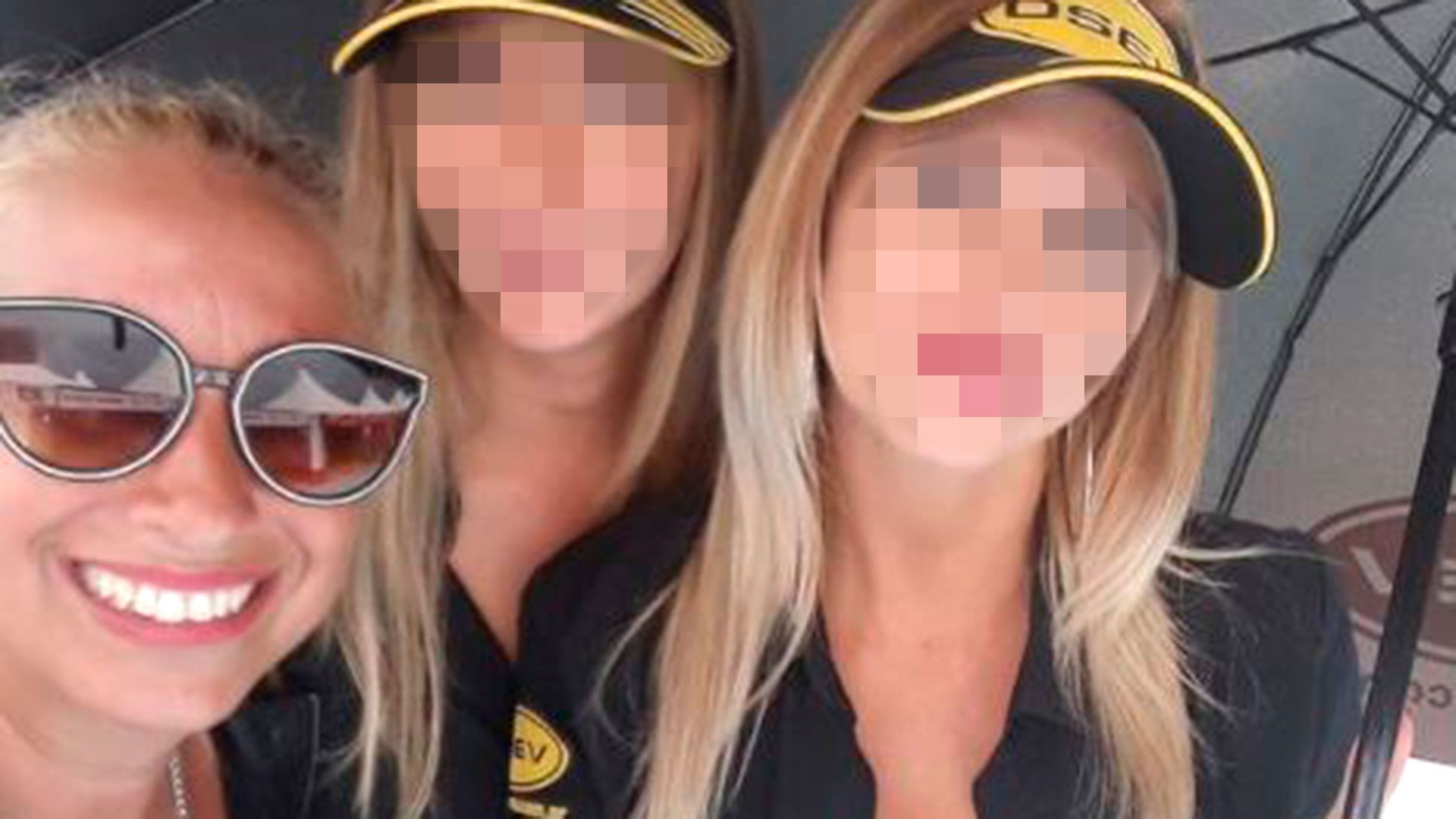 The Rescue Program report stated that “some women interviewed stated that Roncayolo was known to ask Mrs. Juárez for women to maintain sexual contacts. They affirmed that in exchange he paid them between ten thousand and fifteen thousand pesos for the promoter he chose … One of the women said they pay you so little that to make you another salary they offer you prostitution ”. Other accounts speak of experiences of high-flying pimping: trips by private plane with a businessman, visits to a well-known hotel in Punta del Este.

On August 16, 2018 in the afternoon, Juárez and Roncayolo had a chat, one of many: “You better call me. I was going to tell you, there to La ¨Pampa I have a gift, you saw that there is a puppy, I am going to send you there to La Pampa ”.

The defendants, given the imputation, can receive sentences of 5 to 10 years in prison.