(Special envoy to Glasgow) – The government of Alberto Fernández today signed a commitment to curb and reverse deforestation together with leaders and representatives of more than 100 countries, within the framework of the Leaders’ Summit of the United Nations Conference on the Climate Change (COP26) that takes place in Glasgow, in the United Kingdom.

The signing of the agreement was one of the concrete achievements of the Summit, along with the Global Methane commitment, also signed by Argentina and other nations at the international meeting on climate.

In principle, Argentina was not among the first 100 countries that had signed the commitment but, as high government sources explained to Infobae, it was due to the fact that President Fernández at the time of that signing was giving his speech in the agreement on the methane. “The decision to adhere to the agreement for the forests was taken and that is why the support video was filmed in Buenos Aires,” the spokesmen clarified. 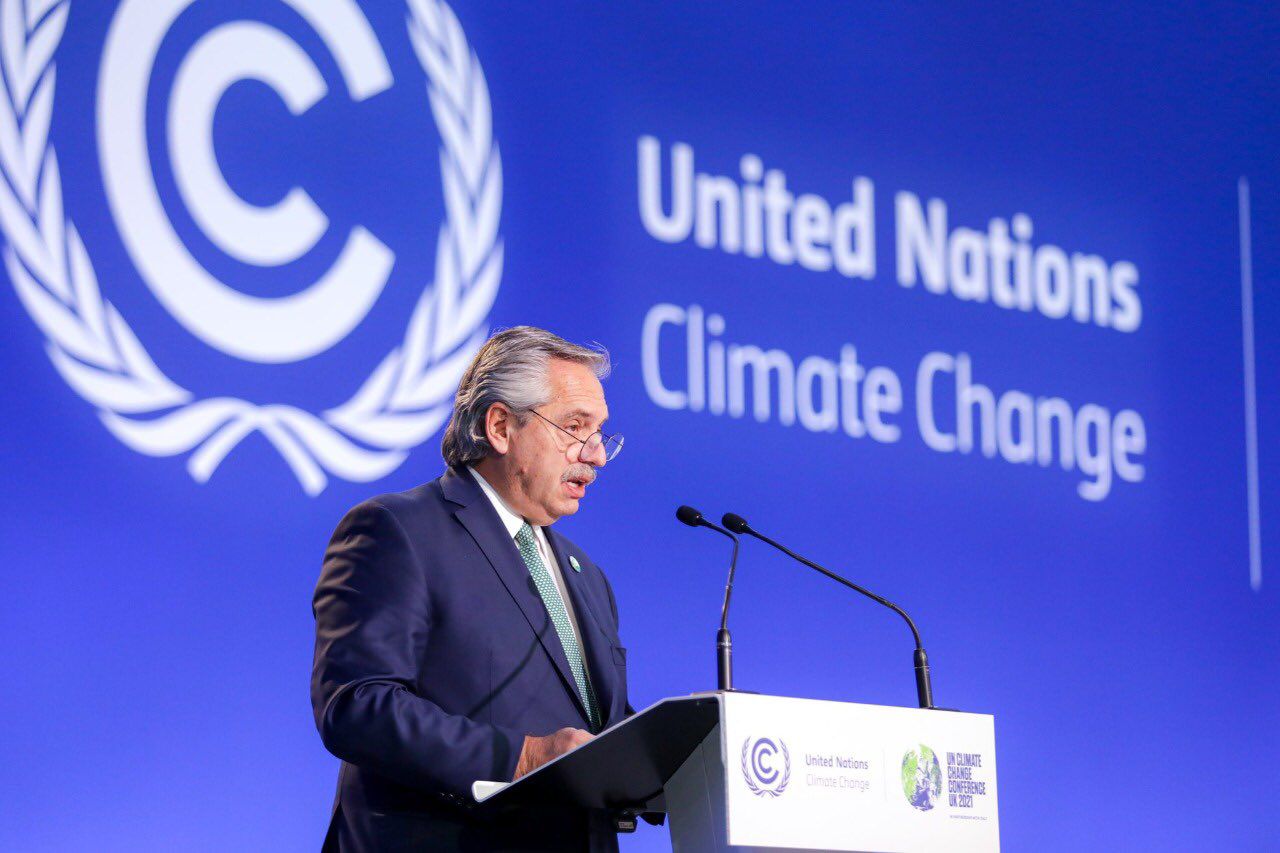 In that video, Alberto Fernández highlighted that “the protection and sustainable use of forests are a priority for Argentina and the care of our common home.” “That is why we support the initiative and commitment of leaders in the framework of the Declaration on Forests and Land Use. In the health of our ecosystems is the health of humanity. That is why we need to design a payment mechanism for ecosystem services and rethink the means of implementation to give rise to a new care economy ”.

In addition, he stated that “an economy that has the environment and people at its center. Let us act in coherence with science and make environmental responsibility a reality. The time to act is now ”.

Kirsty Hayes, the United Kingdom ambassador to Argentina, highlighted in a message posted on her official Twitter account that the government of Alberto Fernández “decided to join the group of more than 100 countries that committed to the #COP26 to stop deforestation and reverse the loss of forests by 2030. Congratulations to the president for contributing to the preservation of forests ”.

Within the framework of the summit, the president also ratified Argentina’s commitment to the Paris Agreement and ratified that the country “adopts the fight against climate change as a state policy.”

Regarding deforestation, the President had said in his statement this morning that his Government will adopt “profound measures” to eradicate it.

“We will adopt profound measures to eradicate illegal deforestation, classifying it as an environmental crime,” said the president today, and mentioned the sending to Parliament of a new draft Law on Minimum Budgets for the Environmental Protection of Native Forests, and the promotion of “the treatment of the Federal Law on Environmental Education ”.

The Head of State described these commitments as “tangible” and “concrete” that ratify Argentina’s commitment in the global fight against climate change.

On board the plane in which the presidential entourage travels, Foreign Minister Santiago Cafiero explained that “Argentina is entering the world in an intelligent way, opening opportunities for its people and not submitting to debt. To open up to the world is to get job opportunities for our people not to take on debt. Strengthen the strategic link with Europe. Argentina is a country that is listened to, that is why its claims were reflected in the final documents ”.

Moscow under the fog

Ten Hag wary in Dortmund: ‘We can expect a reaction’

Ten Hag wary in Dortmund: 'We can expect a reaction'