Pilar Quintana: “I place myself in the place of what is not said, what they do not let us say is what I tell” 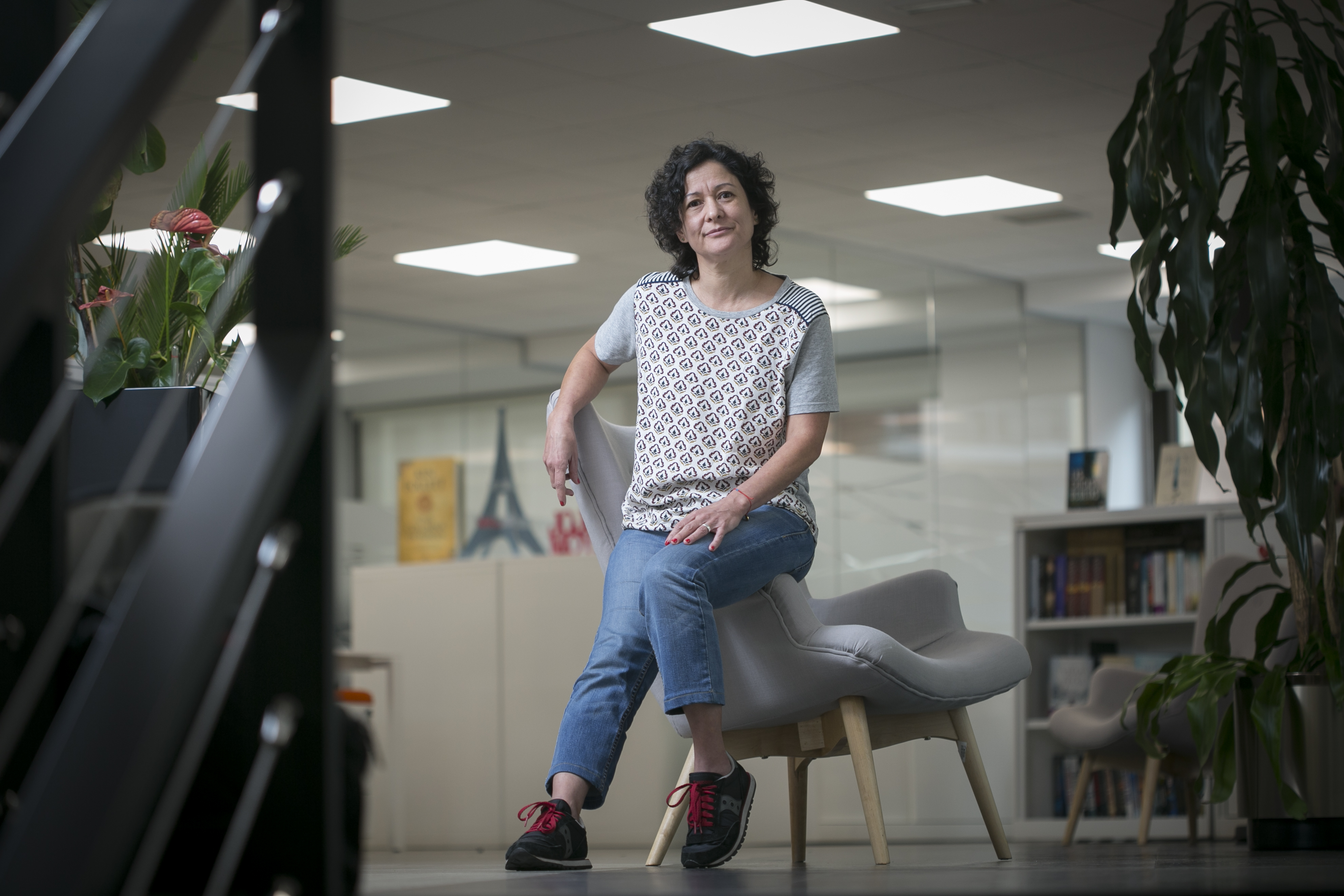 Pilar Quintana (Cali, Colombia, 49 years old) won the Alfaguara award with The abysses and the title already says what the reader can feel as soon as they enter this novel that transmits fear, that feeling prior to falling into the abyss. We spoke with her in the library of her publishing house, in Madrid. Quintana has already published, among others, The dog, winner of several awards.

Question. One thinks that these things happened to yourself. The fear of the girl, the quarrel of the parents. Everything conspires so that the reader is also afraid.

Answer. It is not autobiographical. I am in the girl’s emotions. I was a girl in the eighties who grew up a bit orphaned and helpless, afraid that my parents would die. That is my fear, and it is where I am in the book. A fiction is to raise a world and some characters so that they narrate those deep things of childhood that could not be narrated in any other way. And not even about childhood, but about your life, because I have not only written about childhood. When I was little, in elementary school, we lived on the Carretera al Mar, in Cali. Before going up to the highest point of the mountain range to go down to the sea, there are a series of paths with hamlets where families live. There I grew up. The road is terrible. In it, all the children of Cali vomited. They are abysses of terror, below is the most horrible precipice of all. Many say: “People will not understand the book because only we know those abysses.” So horrible that it is the last transit that we learn to drive. You upload it and they tell you: “You already know how to drive.” There are crossroads on the way because cars fall over there … That is the way I had to go up and down every school day.

P. Society is full of those abysses that you place on that road.

R. A friend told me, when he read the writing: “The true abysses are those within the family.” There I took a step back and saw the whole novel. There was the abyss of helplessness, orphanhood, silence … the abyss between the two parents, between that girl sitting at the dining room table and some parents who did not speak to each other, so the girl decides to put her doll on that table so that keep you company. There the novel was opened and completed.

Q. And then suicide to the wrist, as it says in the book. These stories cannot be written without a biography.

R. I understood that as at 27 years old. The destination that awaited me was to work on something related to writing. He had been a television scriptwriter. He wore me all the time. I wrote 45 pages a week! They were not scripts, they were scripts for the viewer, writing that was pleasing to the public. I was in Bogotá and I decided to go back to Cali to be a clerk in the morning and a writer in the afternoon. That job sucked my soul. I went to write. It could have gone terribly wrong, but it did. That is where what I write is born.

P. The stories of Colombia are terrible, but the intimate ones are like those of anywhere. And here’s one. How does what has happened influence your way of seeing life?

R. I have asked myself that question many times because as a Latin American writer I would have to narrate my reality. In Colombia we have this atrocious and bloody violence that I have not known how to narrate in literature; there are Colombian writers who are doing very well. I am narrating the violence in Colombia, but I am not recounting that atrocious one out there. This violence has its origin in inequality. I am narrating inequality, from which all that violence stems. The other violence is that which occurs inside the houses. The one that happens with that girl who is not beaten, but who suffers violence that will determine the person she will be when she grows up. It also happens in The dog. That is where I am narrating Colombia. Many times I have wondered how to narrate this violence from outside. I made a wonderful discovery with The unknown dimension from [la escritora chilena] Nona Fernandez. From the intimate point of view he is telling the outside of a Chilean girl, a Chilean adolescent, a young Chilean mother, which is the point of view that I would use to tell Colombia.

Q. That writing is marked by the ellipsis. The Suicide of the Doll has just two lines and marks this novel.

R. A doll dies, nothing serious happened, but it is a very serious event. I have thought that I am still a screenwriter, because what I want to create are images. Or playwright. This is how I understand my literature. I don’t want language to be the protagonist, I want it to be invisible. That doesn’t make it any less elaborate. I obsessively rewrite, so that the language I want is crystalline, that those little ants that are the letters are at the service of history and that reading is like when you go to the cinema and are surrounded by the film and one is not aware that it is a coughing human being. May the reader never see my hand there, may he only see sensations.

Q. Is there something inside you so powerful that you have never been able to write?

A. Before writing it, I did not know that this was the novel that I carried inside of me, but I told myself that it was there, inside. In the middle of writing the novel happens and I discover that there it is, it was going to be about Cali, and there is Cali. I would like to make a novel about the end of the world, but I don’t know how to do it. I read books, fictions, everything about the end of the world. I don’t know if one day I’ll be able to do it.

Q. Could it be that the end of the world has already come?

Q. This book burns with fear. What feelings did you have while writing it?

R. I crossed out, I threw. I increased. “This is missing, and this …”. I did eight drafts. Writing is not complete until there is a reader. When you are young, you tend to believe that it is magnificent, but then you walk away and that is when you see what it is missing. In this case, I was doing another story, there was already a precious rundown, until the abysses emerged from what was in the notebook.

Q. Have you been in your own abyss?

R. I have had many abysses. That stage in Cali when I returned from Bogotá was terrible. I said to myself one day: “If I have to keep working in an office like this, I’ll kill myself.” Then I said to myself: “I’m going to kill myself, but first I’m going to do what I want.” And I did that: travel, live, write. Then I jumped into the other abyss, which is to become a writer, which can hardly be lived on. And I live on it. I am amazed and I appreciate it.

P. You have your own story of abyss, the abuse suffered.

R. I have worked a lot on that wound in therapy. They are wounds that will never fully heal. I have learned to recognize and move in a world so as not to put myself in the place where I am going to be mistreated. But my great wound is to have been born in Cali and to have belonged to a society where not all of us fit in and where the type of girl and woman that I was, and in which I became, is not well seen.

R. I feel that yes, because I go out in EL PAÍS and that validates the woman that I am. But I had to be with straight hair, well dressed, without going out … That is not Bogotá, for example, where the woman that I am is not frowned upon, but it is Cali or Barranquilla. I place myself in the place of what is not said, what they do not let us say is what I tell. In that sense, what I do is an exhibition. The school teachers told me: “Women don’t want. A woman who wants does not show that she wants. You will never say that you are angry with your son, that he tires you and you want to kill him. That is not said ”. They tell me: “That is not said.” And I make books so that everyone can see that I feel that way. And that’s very exhibitionist.