Once again obligatory in the cage: ‘You see the chickens fall down in bushes’ 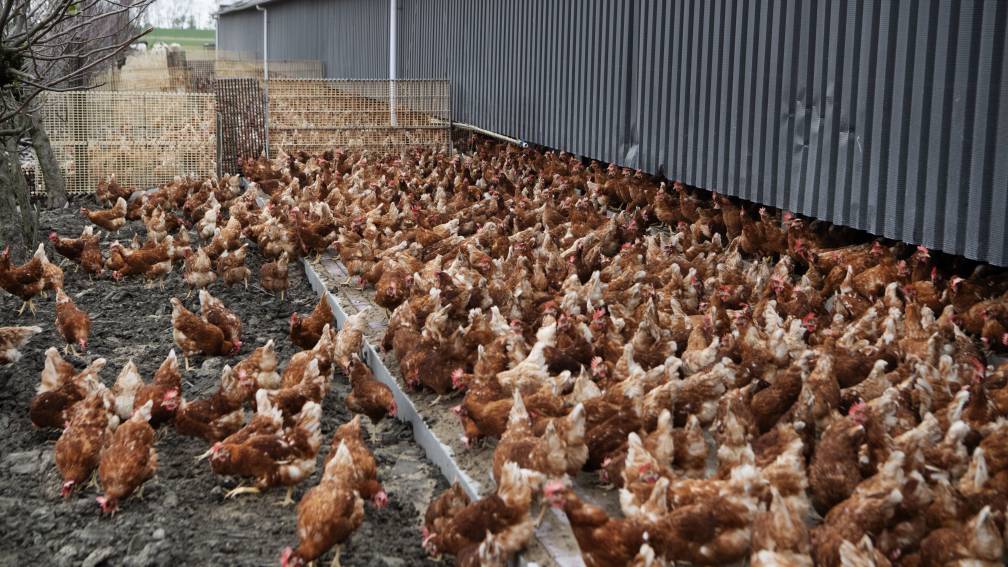 Hazenberg’s company in the Frisian village of Abbega, with 63,000 laying hens, was also culled in 2016 after bird flu was diagnosed. His stables had recently been renovated with extra facilities to keep out bird flu. It became a huge expense. “Everything comes to a standstill. The money flow is gone, not everything is reimbursed, the costs continue and you have to buy new chickens again. We were lucky that we managed to make it financially, because you fall a few hundred thousand behind.”

Now that the confinement obligation is back, an uncertain time is beginning for many poultry farmers. Hazenberg: “For colleagues who keep the chickens outside, the obligation to keep the hens means loss of income. The eggs are depreciated because the animals are inside, so the poultry farmers receive less money per egg.”

Barely four months ago, the previous obligation to cage poultry, which lasted about 37 weeks, expired. It was a time when every poultry farmer “lives on an island” and is monitored even more than usual, Hazenberg knows. “You never just step into the stable with your shoes on, that is out of the question. Each stable has its own protective clothing, a washing and shower facility, visitors are kept out as much as possible. The highest priority is hygiene.”

To prevent a recurrence, Hazenberg started looking for a way to keep the virus out of the stables. He devised a system in which dust particles and feathers containing the virus are kept out with windbreak mesh in front of the air inlet. Research by an animal health institute shows that this mesh can stop more than 90 percent of the virus.

But, to Hazenberg’s frustration, the system has not yet been widely implemented. “And that while the costs of the wire mesh, about 10,000 euros, are dwarfed by the 1.5 million euros that a culling costs. There is an easy solution available, everyone within the poultry sector is interested, but the government is letting That bothers me terribly. It makes us feel like we’re on our own,” Hazenberg said.

Commissioned by industry organization Avined and the Ministry of Agriculture, Nature and Food Quality investigates Wageningen University now whether the windbreak mesh can indeed prevent the virus from entering the stables. The first results are expected around the turn of the year.

The scoundrel of Caux inspired terrors and crazy legends in Languedoc

The scoundrel of Caux inspired terrors and crazy legends in Languedoc