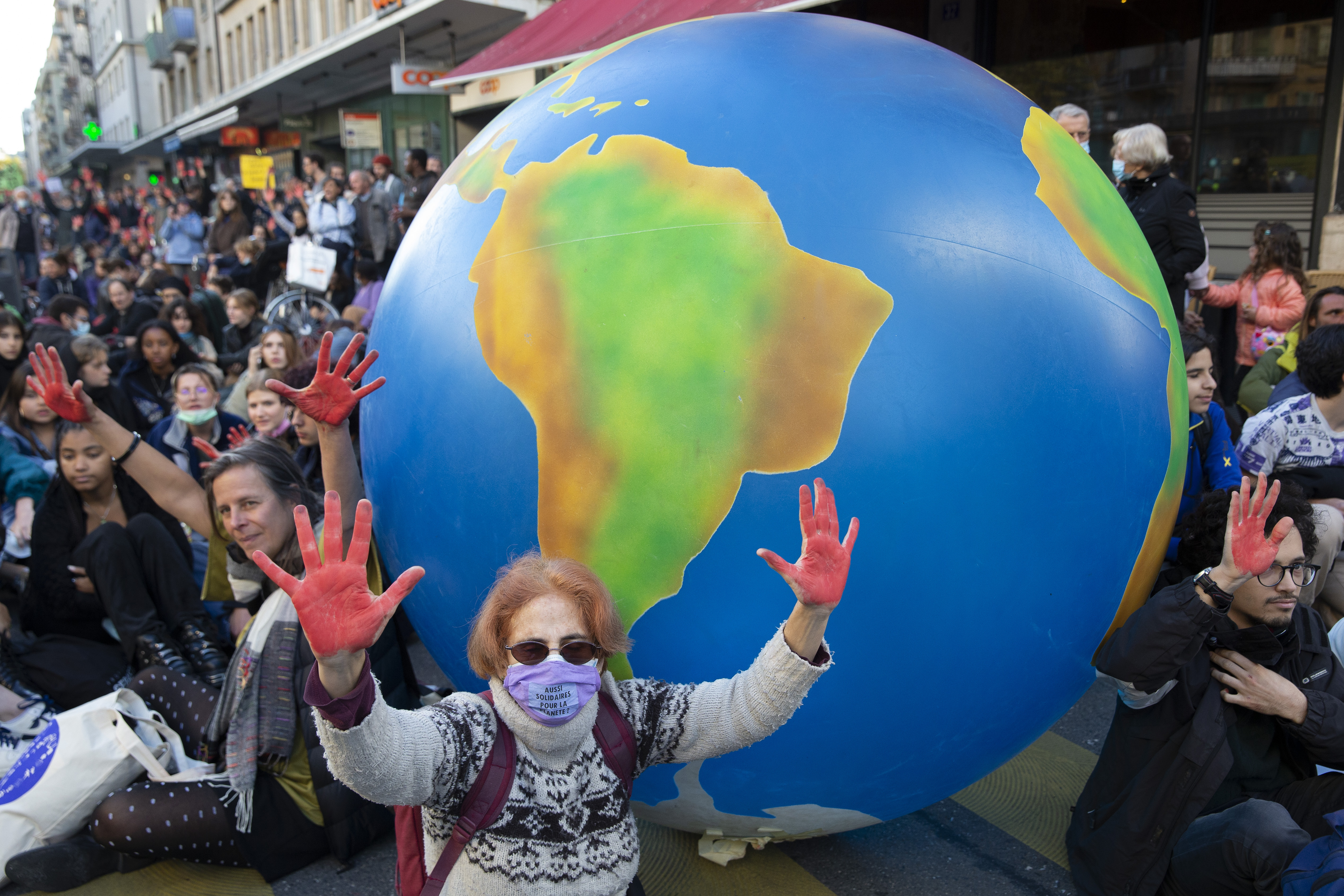 The inequality between North and South is once again evident, now also at COP26. At the climate summit that will be held from this Sunday until November 12 in Glasgow there will be notable absences: that of the leaders and activists of the so-called global South. Many members of developing countries in Africa, Latin America and the Pacific, which in turn are the areas most affected by global warming, have lived an obstacle course to reach this appointment and many of them have fallen by the wayside.

More than 30,000 people are expected to attend the climate summit, postponed in 2020 by COVID-19, including delegates and leaders from the more than 190 invited countries, members of NGOs, companies, the media, activists and protesters. But the first of the barriers that attendees have faced has been the delay in vaccination campaigns in many developing countries. 49% of the world’s population has received at least one dose of the coronavirus vaccine, and only 3.1% are citizens of low-income countries, according to figures from Our World in Data. The United Kingdom requires the full schedule to enter the country, with two doses, or a 10-day quarantine.

To try to alleviate this situation, the British Government announced last July that it would offer vaccines against covid-19 for delegates who would not otherwise be able to access them. However, the participants who requested immunization in order to attend COP26 have reported since the beginning of September that they have not received any news, according to different groups of activists.

Similarly, for many of these territories the offer of a possible vaccine came “a bit late” to obtain the documents and funds necessary to travel, according to Tracy Kajumba, a researcher at the International Institute for Environment and Development. , which supports the least developed countries in the UN.

This, for example, has meant that only four leaders from the Pacific island states – Fiji, Papua New Guinea, Tuvalu and Palau – can attend Glasgow, Satyendra Prasad, Fiji’s ambassador to the United Nations, told Reuters. Borders remain closed in many countries in this area to keep local communities safe from COVID-19, such as in Kiribati, while long quarantine periods of up to three weeks, including in Tonga –where only one positive case has been reported– make travel difficult for leaders, Prasad explained. “We know that not having a presence like the one we would have in a normal year is a great disadvantage for smaller countries,” said the diplomat.

Endless paperwork and a large outlay

In addition to this first barrier, that of immunization, are added the continuous changes in measures to enter the United Kingdom. The host country updated the red list of countries on October 4 ―54, among which are Mexico, South Africa, Ecuador, Haiti, Venezuela, the Philippines, Indonesia, Bangladesh, Costa Rica, Argentina, Brazil and Chile―, therefore Quarantine measures and red tape to get to Glasgow are complicated for many.

Mohamed Adow, a Nairobi-based climate expert who has attended all the annual UN climate conferences since 2009, explains that participants from so-called “red list” countries, such as Kenya, with high levels of HIV infections covid-19, they are obliged to quarantine in hotels before attending COP26, vaccinated or not. Despite the British government announcing that it would relax the period from 10 to five days for those summit participants from these restricted regions, the measures remain exaggerated and expensive for many. “The costs are beyond the reach of some poorer governments and smaller civil society organizations,” laments Adow, who leads the think tank Powershift Africa.

To all this, in addition, we must add the cost of the visa for the vast majority of participants, which ranges between 95 and 120 pounds (between 115 and 141 euros) and the multiple bureaucratic procedures to obtain it, in addition to the cost of accommodation and the support of two weeks for the leaders and activists of the South.

“COP26 is a historic moment. If only the voices of the North are at the table, we can already assume what kind of implications and policies will result from these conversations: those that only benefit a part of the world ”, Rachael Osgood, coordinator of the support service, laments by phone. of visas of COP Coalition 26. This non-profit organization has helped over 200 activists around the world to deal with red tape to access a temporary permit, and thus be able to attend the summit.

Adrián Martínez, founder and director of The Climate Routebased in Costa Rica, explains that it remains difficult for civil society groups to decide which staff, if any, could attend COP26. “We have not had time to really think about the central issues that we are going to defend at the summit because we do not know if we are going,” he laments. “This uncertainty is psychologically very difficult,” he adds.

An uncertainty that threatens that once again, in an event such as this climate summit, which has been described as the last great opportunity to reverse the effects of climate change, indigenous peoples and the voices of the South, the main affected by global warming. At the Food Systems pre-summit held in Rome last July, indigenous peoples insisted on a historic request from this group: “There will be no transformation without us.”

In recent months, the British Government has insisted that the summit aims to be an “inclusive” gathering and to promote work on issues that are of high priority for the poorest nations on the front lines of the impacts of climate change, including the finance and adaptation.

For her part, Lidy Nacpil, coordinator of the Asian Peoples Movement on Debt and Development, based in Manila, and who has attended the annual conversations since 2007 as an observer, said challenges related to vaccines, visas and quarantine were discouraging people from the highest-risk regions from attending the summit. climate change. “The regions most vulnerable to global warming are also the ones that are having all these problems and the most marginalized are in access to vaccines,” he told Reuters. “This is a triple injustice.”