“Australia imposes the vaccine rightly”, in tennis too, no more pedagogy 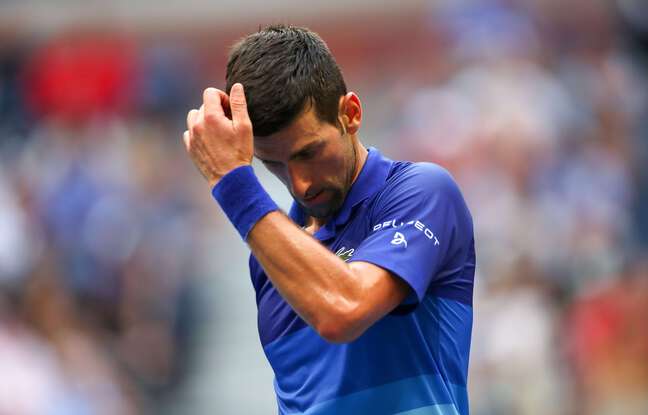 Present in Paris for the Masters 1000 de Bercy which opens its doors on Saturday but not in Australia, Novak Djokovic? Ubuesque at first glance, the scenario becomes more realistic as the days and administrative decisions pass. The last clarification in the middle of the week by Daniel Andrews, Prime Minister of the State of Victoria, of which Melbourne is the capital, sounded the death knell for the unvaccinated. In the text: “We exclude unvaccinated people from pubs, cafes, restaurants and the MCG [le grand stade de cricket de la ville] and all kinds of other events. “

A bit long while a simple “Novak, you’re nice, but if you want to lift a 21st Grand Slam in Australia you will have to stretch your shoulder”. Because in case you have missed it, the world number one is not frankly the most fervent defender of the vaccination against the Covid. Last year, he had declared himself against, adding in passing “I would not like to be forced to be able to travel” (oops) and this year, he refuses to share his vaccination status: “It is a private matter. It seems incredible to me that society judges you based on a vaccine. The uncertainty of a trip to Australia despite the importance of the tournament in a GOAT race that obsesses the Serbian gives us an idea of ​​the thing, but it is all speculation.

Preferential treatment for the vaccinated

Let us in fact let go of Nole’s boots, or at least, grab those of others, of Tsitsipas or Gilles Simon who dragged their feet before being vaccinated, not without hurting the Frenchman’s ass, and let’s say things clearly: the best player in the world is not alone in his hesitation. According to the latest official figures, the vaccination rate of players on the circuit is between 65 and 70%, which leaves a third of unvaccinated by the roadside. “This is not enough, deplores Dr. Montalvan, deputy director in charge of medical at the FFT, to 20 Minutes. And again, we were at 45% two months ago, so it’s a good boost because Australia is rightly imposing it. “

The WTA – which dreams of raising the rate to 85% of vaccinated – and ATP impose nothing. They recommend, as demonstrated by a letter sent to players cited by The team. “While we respect that each player has an individual choice to make, we also believe that each player has a role to play in helping the larger group achieve a safe level of immunity. The authorities are content to follow the rules set by the States but set up a regime favorable to vaccinated players, who, in addition to greater freedom of movement, are exempt from a certain number of cotton swabs. in the nose and protected from the status of contact case. Vaccinated, Gilles Simon could for example have participated in the US Open despite the positive test of his trainer. It should also be noted that the ATP no longer covers the costs of isolation for positive cases or contacts, for unvaccinated players.

If decision-makers have to redouble their ideas to make the vaccine status preferable – beyond the fact that it protects against a rather annoying virus, which should be sufficient in itself – it is because it is not obvious to the wary part of the circuit. Montalvan:

However, the fear of side effects linked to the vaccine is greater. And the case of Jérémy Chardy, if it remains very marginal, is not to reassure the last refractory. The Frenchman had to end his season due to a reaction to the Pfizer vaccine. “It’s frustrating especially since I don’t have ten years left to play […] So now I regret having had the vaccine, but I couldn’t know. “

A risk unfortunately necessary in what Dr Montalvan describes as a “war” against the virus. “What tennis players don’t necessarily understand is that people who didn’t necessarily want to be vaccinated did so to protect others. But they do it because it is imposed on us and they do not want to transmit the virus. So they end up doing a “citizen” act that they didn’t necessarily want to do. »Gilou’s words during his quarantine in New York perfectly illustrate the idea. “Basically, I really didn’t want to. I am not very afraid of the Covid. My basic philosophy is: if you’re afraid of it, you get vaccinated, if not, no. “

#Zverev about vaccinations and Australian Open

“Everyone has the right to decide for themselves. The rules are just such, that those who don’t have vaccination are probably not allowed to play at all in Australia and I understand it”. pic.twitter.com/D0SDq0DAEU

The FFT doctor nonetheless understands – “without wanting to excuse them” – that not all tennis players are able to grasp the collective dimension of vaccination:

1) Tennis is an individual sport with little contamination.

2) Its actors operate in a structure of which they are the only basis.

“Somewhere,” says Montalvan, “there is a form of selfishness, but they’ve always managed their careers that way since they were little. You also have to understand their way of life. “

Understand misunderstanding, and also adapt to it. “People who are anti-tax, we have to convince them, we try as best we can by listening and dialogue. But what works is Australia imposing the vaccine. I think that’s the way it should be done. History proves it, flip-flops are increasing. A reluctant but still mysterious time, Sascha Zverev sees “no problem” in the vaccination obligation advocated by Australians. It remains to be seen whether Novak Djokovic will also eventually change his mind.