All of Stephen King’s children

Stephen King, the King of Terror, the genius from Maine, the writer who has sold over 350 million copies worldwide and published over 60 books, the maker of writers – from Bret Easton Ellis to Kelly Link to Mariana Enriquez and the Duffer brothers consider it their big bang-, the lucid tweeter – the same aims and shoots at everything he does not like about American politics that congratulates Mary Karr on her sober years, sweeps JK Rowling for terf (Spanish acronym for exclusive trans radical feminist) or exalts unknown gender writers—, she just turned 75 years old. But above all, he has just published a new novel, a Billy Summers (Plaza & Janés) with the appearance and depth of a larger work. And it is the second in a year in which he has also signed the script for the complex and highly personal Lisey’s Story (Apple TV). Is old Stephen King back? Or never really left? 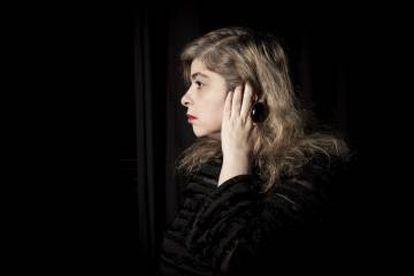 Mariana Enriquez, after receiving the 2019 Herralde Award for ‘Our part of the night’.

“I do not know if it is a return, but it is a good moment for a mature, hyper-prolific writer who almost explored everything that could be explored”, answers Mariana Enriquez (Buenos Aires, 48 ​​years old), the architect of the monumental Our part at night (Anagram), which, he says, owes “a lot” to Fire Eyesby King. “Recover the punch from the beginning is complicated because we are talking about an author who began his career with Misery, Animal graveyard, Carrie, The glow, The dead zone… I don’t know if that can be surpassed, even equaled, being as it is one of the most disconcerting career starts I’ve seen because it starts out great and stays great for a long time ”, he adds. There Enriquez sees the comparison made by Rodrigo Fresán, another illustrious fan of Maine, when he assures that King is the Charles Dickens of our time.

For the author of The invented part, the writer “has the same adoration on the part of his followers, the same commercial success and the same intrigue that Dickens had, which is what produces everything that begins as popular culture and gradually reaches the category of classic”. Fresán (Buenos Aires, 58 years old) also has an impact on his condition as a writer who, apart from terror, has thoroughly explored what writing consists of and how supernatural it is. “King is probably the American writer who, after Henry James, narrated more and better about the trade linking it to the fantastic and the strange. That of ‘working in the shadows’ and that of ‘the madness of art’. And in Billy Summers —As it already did in Misery– King insists on the idea that writing is surviving and that there is nothing more important than living to tell it ”. 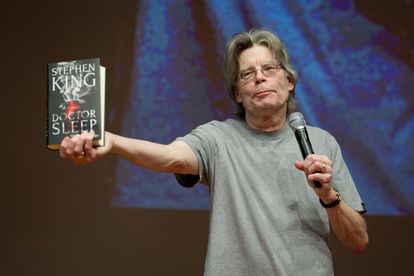 Stephen King, during the presentation in Hamburg of one of his works, in 2013 MAJA HITIJ (picture alliance via Getty Image)

Let Bret Easton Ellis consider It “the Ulises of terror ”and that he tried to imitate King in his most lavishly imaginative work, Lunar Park, points in the same direction as the Duffer brothers, Matt and Ross, when they confess that, by building the series Stranger Things, they were building a King universe in their own way. “The same logo of the series imitates the editions that we read as children of their books,” they said at the time, and there are scenes that practically mimic the miniseries, based precisely on It, that was filmed in the nineties, and it is even said that “this”, the world in Hawkins, what happens to them, “seems to be taken from a Stephen King novel”.

“Fear can be considered childish, and the literature that deals with it, ridiculous. But nothing is further from the real thing. Fear will always be there and that we exist makes the reader feel less alone ”. The one speaking is Catriona Ward (Washington), author of the terrifying and perfect The last house on Needless Street (Runes). Shirley Jackson Award, accolades that recognize the best works of suspense, horror and fantasy, Ward changed his life a tweet from Stephen King. “I was in a pub with my boyfriend and I saw that Stephen King had mentioned me in a tweet. I did not dare to read it. I passed it on to my boy and said, ‘If it’s a bad thing, don’t tell me.’ And he said, ‘I think you’re going to love it.’ I’m still processing it, ”he says. What King was saying was that Ward’s novel was crushing genius. That I hadn’t read anything better since Lost. After that, the offers poured in. In fact, the film is already being prepared. “I grew up moving relentlessly. I have lived in Kenya, Madagascar, the United States, Yemen and Morocco. I had an amazing but lonely childhood. My only friends were the Stephen King books. “

That is why it still cannot be believed that “the writer who trained me as a writer” even knows that he exists. How has what scares us changed since King reigns in horror narrative? “I believe that the primeval terror, that hand that finds its way to you in the dark, has not changed at all. Fear is always fear of the unknown. What King understands better than anyone is that hope is as important as fear in the genre narrative, “responds Ward. Enriquez, however, believes that King has spent half a century taking the pulse of the social and anticipating very specific fears. “In many ways I consider Mr. Mercedes a pre-Trump novel and no doubt The visitor anticipates the fear that the data will lie, by fake data, for the real to cease to have value ”, he explains. And also that “he was never a writer limited by the tropes of terror.”

I believe that the primeval terror, that hand that finds its way to you in the dark, has not changed at all. What King understands better than anyone is that hope is as important as fear in the genre narrative

In his last movie, Mona Lisa and the Blood Moon, the first by a filmmaker to open the Sitges Film Festival, this year, Ana Lily Amirpour (Kent, England, 45 years old) updates the premise of the novel that took King out of the trailer park, Carrie, that is, an adolescent with telekinetic powers, capable, in his case, of controlling them. And does that talk about how the female role in gender has also changed? “I think Carrie is consumed with fear and insecurity, and Mona Lisa doesn’t suffer for anything. Just curious about the world. And it does not seek to be validated by anyone. It is dying to eat the world, literally and metaphorically ”, answers the director from London. “Terror has radically changed since #MeToo,” says Jesús Cañadas (Cádiz, 41 years old), one of the most prominent names of the genre in Spain. “Terror changes because the world changes, or in other words, the world changes and terror bears witness to it,” he adds. 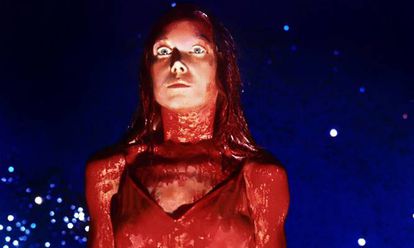 Sissy Spacek in the best known scene from the movie ‘Carrie’ (1976).

And what has happened to King in the last five years? He went so far as to say that, when it culminated The Dark Tower, perhaps he would not write again and spent a time in which each new delivery was spaced a little more, until he found a way to re-enter through, as Enriquez points out, “the noir supernatural”. But that led to 2018, thanks to The visitor, in a horror that brought back a King who almost self-dissects. From the Simon & Schuster YouTube account, Jonathan Carp points to the possibility that Billy Summers is following the advice that King gave in his famous writing manual, As i write. King was quick to retweet it and say he loved it.

“In the last two titles he has returned to the figure of the writer, but he continues to take the pulse of the time,” says his editor in Spain, Alix Leveugle. “Two things have changed in the last decade. The first is that the stigma has finally been removed. That there has been a change in perception, thanks to the fact that great writers claim it. But he is still the King of always. Another thing that has changed is that, at the editorial level, the translation processes have been speeded up, because today the reader can read the English edition, and the Spanish one must come out almost at the same time so as not to lose the fan, ”he explains. Has it been stopped selling at some point? “No, sales have remained stable and, in fact, in recent years there has been growth due to the incorporation of young people, thanks to Stranger Things”. Leveugle, who also grew up reading King, gets excited every time she receives a new manuscript. “You know that behind there is someone who controls his job like no one else, and who is at the same time like family.”

How do our readers celebrate Halloween in the midst of a health crisis?