Rodrigo Tapari broke when he was eliminated from La Academia: “Friends I love very much have passed away”

On Friday night four couples faced each other in the duel of The academy at ShowMatch (El Trece), after failing to convince the jury made up of Pampita Ardohain, Ángel de Brito, Jimena Barón, Guillermina Valdes and Hernán Piquín, with their performances in the homage rhythm. The participants who obtained low scores in the previous round defended their place in the contest with new choreographies, but a pair was left out of the competition: Rocío Marengo, Rodrigo Tapari, Celeste Muriega, and Mario Guerci were the protagonists of the evening along with their respective partners. Although everyone agreed that the level of excellence was high, the singer from the tropical environment was eliminated.

Marengo and Nacho Pérez Cortés had paid tribute to Sergio Denis, and this time they surprised with another proposal: the dancer was encouraged to sing an a cappella version of “Feeling Good”, a song by Nina Simone, and they had the presence of Juampi Bataglia as a guest. Then it was Tapari’s turn, who decided to interpret “Everything I do, I do for you”, by Adrian Barilari, while his partner, Sol Beatriz, and his partner, performed a complex aerial dance to accompany the musical performance. 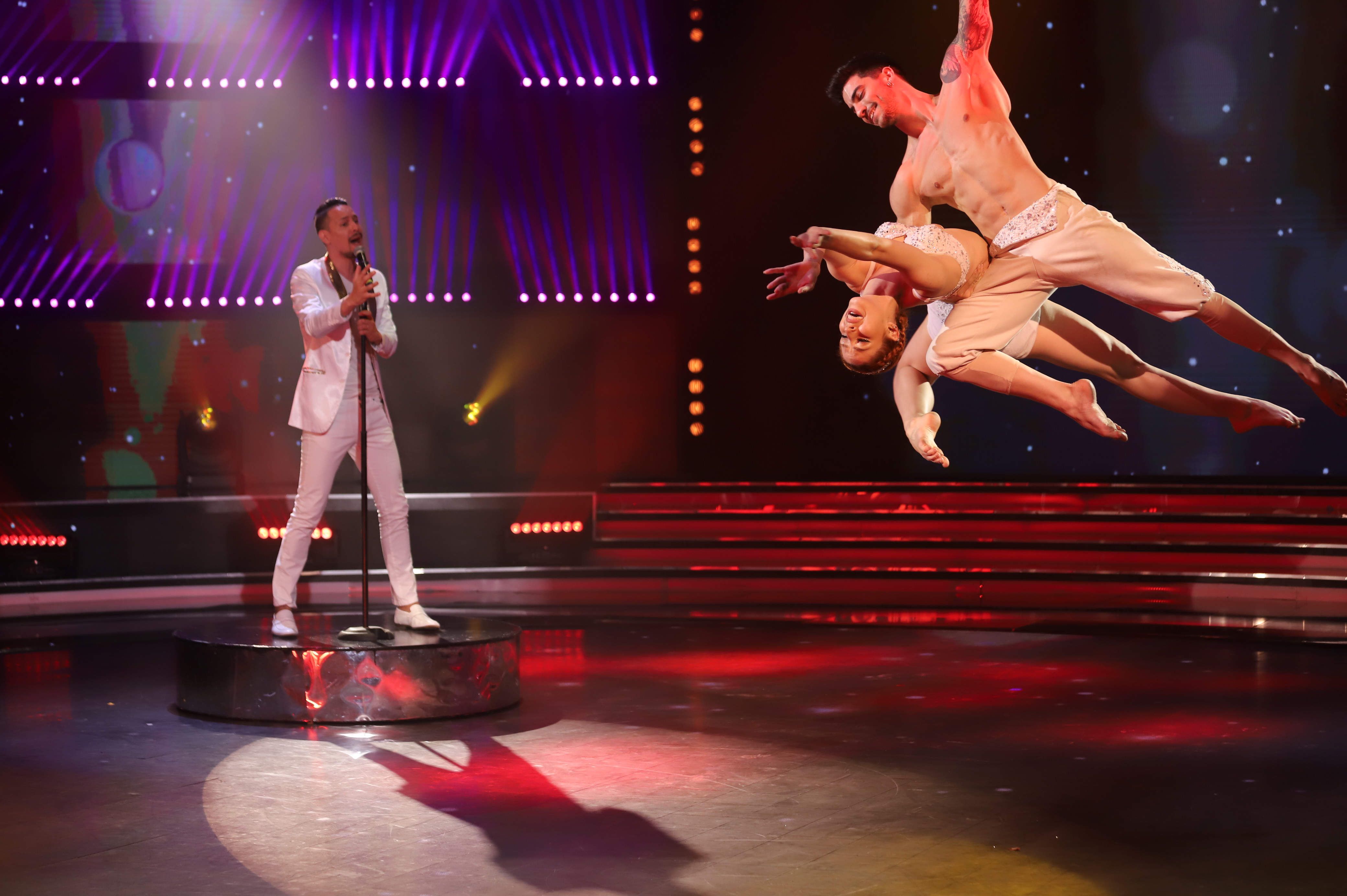 Rodrigo Tapari sang “Everything I do, I do for you”, by Adrian Barilari, while his partner, Sol Beatriz, and his partner danced in the heights

Soledad Bayona and Guerci also bet on a passionate dance through the air, which aroused the spontaneous applause of the jurors. Muriega and Maxi Diorio titled their performance “summer mode”, and astonished with the moments of a synchronous lambada. By unanimous decision, the first couple saved was that of Guerci and Bayona, thanks to the difficulty of the aerial dance that they captured. The second pair that the jury decided to save was that of Muriega and Diorio, although this time by divided vote. Both joined the eleven best participants who are still in the race for the reality’s grand finale.

Tapari and Marengo were on stand by, waiting for the final result, to find out who would continue in the contest, and meanwhile they inaugurated the rhythm of rock Agustín Baraja -Piquín’s partner who recently joined the competition- and Loli Ruiz. To the beat of Queen, both shone and managed to dazzle the five members of the panel. About the end it was time to know the final vote that would define the future of couples: De Brito voted for Marengo; Pampita by Tapari; Valdes also for the singer; and Jimena decided on Marengo, like Piquín. 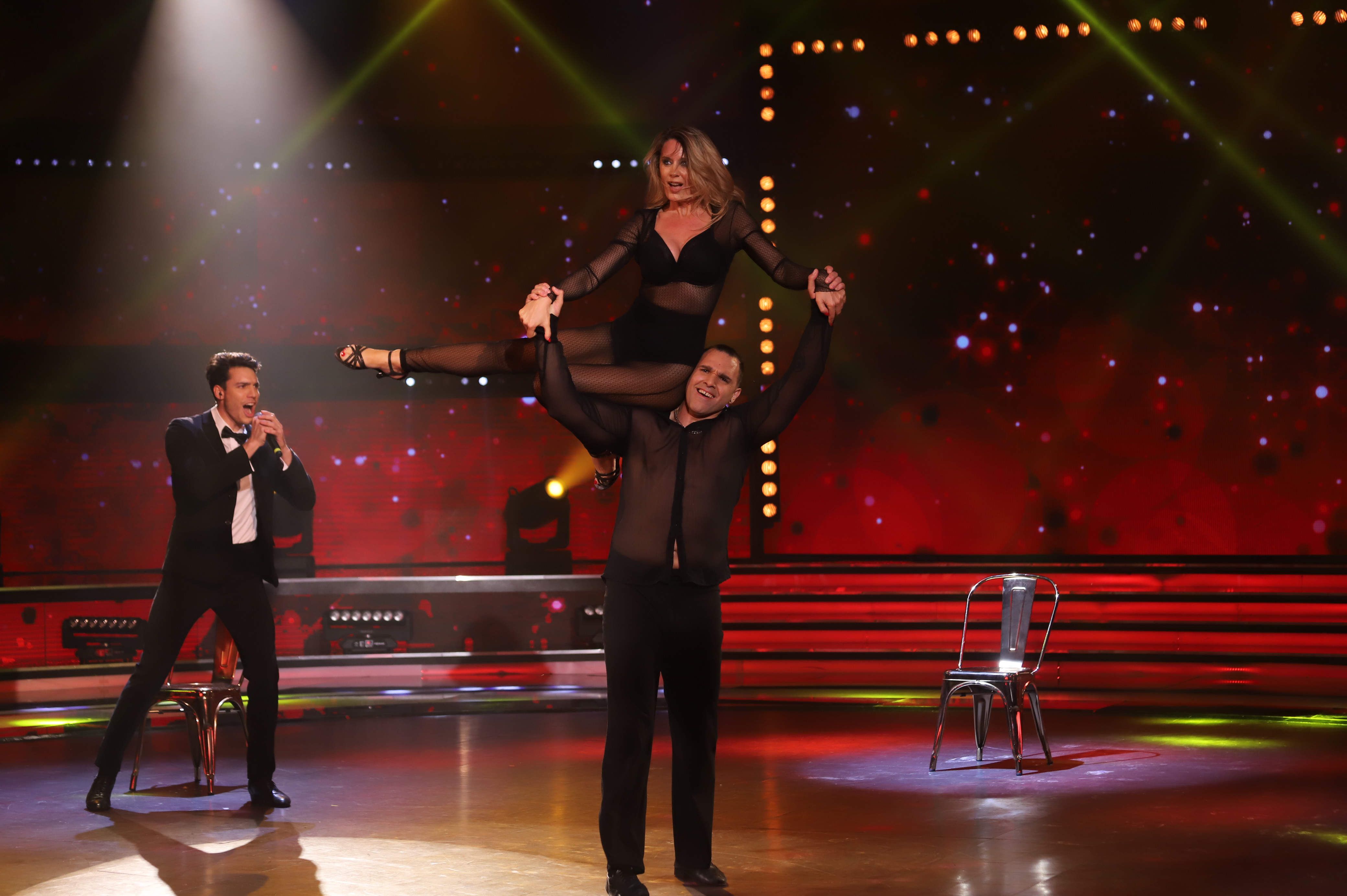 Rocío Marengo defeated Rodrigo Tapari in the duel on Friday and the model will continue in the contest, among the eleven best participants

By a close result of 3-2, the artist was the new eliminated from La Academia, and could not contain his tears when he said goodbye. Almost without being able to speak, he thanked the entire production of the program and confessed that the last weeks were very difficult for personal reasons, since he suffered losses of close loved ones, and preferred not to publicly tell about the duel he was going through. “It was an unforgettable experience, it is very exciting to be here, and I have had difficult times but I knew it was worth being here,” he said. He then greeted each jury one by one and left the studio in a state of emotion.

In dialogue with Teleshow, the singer explained behind the scenes the reasons why he could not contain his emotion when Marcelo Tinelli asked him for a few last words before leaving the contest: “It was very exciting, I think being here is something magical, and you They treat you so well at all times that you don’t want to leave ”. And he added: “I don’t know if it’s because of continuing to compete, but because I don’t want to leave this family, I couldn’t leave without saying goodbye to each person who is part of this, like when you go to visit a relative and you don’t want to leave, is that”.

Tapari clarified that although he is sad to leave the program, he was not surprised that the judges decided that his performance had not been up to the task: “It can happen to anyone, no one is exempt from it happening to them, and I am not a dancer. I am not surprised that I have gone to the duel, I am a singer, not a dancer, I do not leave with any thorn, the truth is, I only take love from here, and very nice friends ”.

“I am what you saw here, so you will see me anywhere, I am not interested in showing something that I am not. On other occasions in my life I have done it and it did not go well for me, so since God came into my life the focus is my family and improving as a person every day ”, he assured. At the end he was moved again by the farewell: “I dedicated it to friends who are no longer there because I did not feel at the time it happened to say it.”

“I came to the program the same while I was going through that personal grief because friends that I love very much, and very young, who left families with children, and the truth is that it did not seem appropriate to say it in a contest where many beautiful things are done and It is a lot of fun, but today that I am leaving, I did want to dedicate it to these families because I know they need a lot of love and they were always with me ”, he concluded.

Claudia Villafañe’s moving greeting to Diego Maradona for his birthday

He was prevented from being Superman, lost millions of dollars on whims and died of fear in Dracula’s castle: the eccentric life of Nicolas Cage