At COP26, Loreleï and Héléna, 22, will be at the heart of the reactor

It is a pink badge, with the logo “party”, that many would like to have around their necks in the corridors of the Scottish event campus from Glasgow, where the COP26 opens this Sunday and for a fortnight. In these major UN summits dedicated to the climate, pink is attributed to members of official delegations of States and distinguishes them from observers, with blue, yellow or green badges.
according to the organization to which they belong.

Everyone can attend the negotiations in the same way. “But at any time, a country can request that the observers leave the room for the continuation of the discussions,” says Loreleï Lankester. Only then the “pink badges” can remain seated. This is not the only advantage of the “party” badge. It connects you to one of the 197 diplomatic delegations present, representing as many countries. “In theory, you participate in the preparatory meetings of your delegation and access the encrypted messages exchanged between the negotiators”, explains Helena Hadjur.

Two young people in the French delegation at each COP

From the height of their 22 years, Loreleï and Helena will have this pink badge in Glasgow, as full members of the French delegation, which will number around forty people. “Not as expert negotiators,” they specify. Corn as Youth Delegates for the Climate, mandate Helena has held since 2019, and Loreleï since summer 2020.

In 2009, the UN launched this program inviting States participating in the COP to include young people in their delegations. What France has been doing since 2012, including for each COP and intersession – their little sisters, less publicized, who are held every June in
Bonn (Germany) – two young climate delegates. And since 2018 and the creation of
Young climate ambassadors (JAC), an association launched by former delegates, the program is gradually gaining momentum and being structured, both in the way in which these two young delegates are recruited and in the role assigned to them. 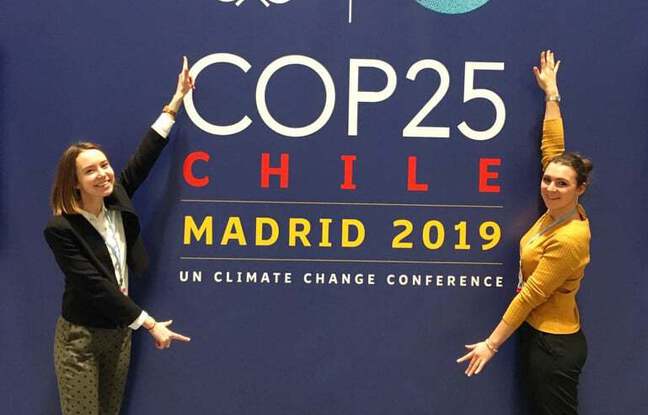 Héléna Hadjur, on the left, during the COP25 in Madrid. – / Photo Young Climate Ambassadors (JAC °

You become a young climate delegate like you land a job, describe Loreleï and Helena. In other words, you have to go through the CV and cover letter box. The JACs, but also
CliMates and the
Student network for an ecological and united society (RESES), two associations which have observer status at the COPs, are responsible for receiving applications and carrying out initial interviews. “The selected profiles pass a second oral, this time in front of members of the French delegation,” continues Helena, who was chosen from among 35 candidates. The required qualities? “There isn’t one officially, but we pay attention to the motivation and the culture acquired regarding climate issues,” indicates one of Loreleï and Héléna’s referents within the French delegation. More often then, recruitment is done at a master’s level and focuses on student profiles who then go on to careers in the environment and / or political science. »Obviously, a good command of English is required.

At the heart of the reactor

Loreleï Lankester and Helena Hadjur tick all these boxes. Long interested in environmental issues, the Marseillaise and the Lyonnaise have gradually oriented their studies on these issues, until entering in the “Environmental policy” master from the international school of Science Po Paris. A course that Loreleï completes, in parallel, with a master’s degree in environmental science at Jussieu. Becoming Young Delegates for the Climate is therefore a nice line on their CV. But the two students above all describe this experience as the perfect opportunity to experience these major climate diplomacy meetings from the inside. One way, therefore, to dive into the heart of the reactor.

In Glasgow, our two young delegates will not sit at the negotiating tables. On the other hand, “we must see these COPs as a thousand sheets of diplomatic discussions where, in addition to the major negotiating sessions, a very large number of more informal ones are added,” their referent tells us. To move the discussions forward, you need to miss them as little as possible. The young delegates have this role of following those where we could not have been present and of making reports which will then allow France to adjust its position. An essential role. “ 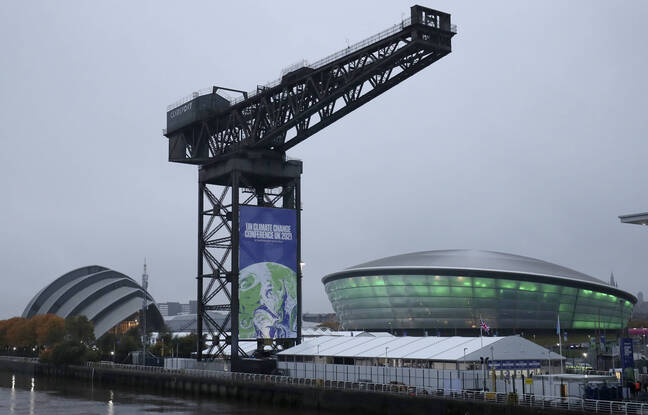 COP 26 will take place at the Scottish Event Campus in Glasgow from this weekend. – Scott Heppell / AP / SIPA

Transparency for Helena, Article 6 for Loreleï

During their mandate, Helena and Loreleï specialize in cases. At the COP25 in Madrid, the first had therefore worked a lot on the protection of the oceans, a theme on which the Chilean presidency had emphasized. “In Glasgow, I will work in pairs with an expert negotiator on transparency, one of the major issues of this COP26,” she says. The challenge is to get all the countries to agree on a harmonized system that will allow them to account for the efforts they are making on climate change and to account for their reductions in emissions. Loreleï, who will experience her first COP after a first intersession in June, will follow the other big thorny issue on the Glasgow agenda. ”
Article 6 of the Paris climate agreement, which aims to create the rules for a future carbon market between States [un système d’échange de droits d’émissions entre les pays qui en émettent trop et ceux qui en émettent moins], she explains. With lots of exciting issues behind it. “

Either way, Helena and Lorelei expect busy days during these fortnight. They will start around 8 am with the preparation meetings. “First that of the European delegation – France is still negotiating under the aegis of the EU at the COP – then that of the French delegation,” they detail. Negotiations and side-events start around 10 a.m., not to end until 6 p.m. at the earliest. Then, return to the hotel of the French delegation, with a debrief of the day during the meal before working at length on the negotiating points followed, sometimes until late in the evening.

A new delegate to be recruited in 2022

At this rate, the Young Climate Delegates quickly acquire a very good knowledge of what is going on in these COPs, which they then share with their generations. “We work in colleges, high schools, universities to explain the COPs and the issues, and also participate in internal associations training”, insists Loreleï, who makes this awareness-raising work is one of the main missions of their mandate. “All the more so as these COPs are generally poorly known to young people,” adds Helena. Often times they have heard of it, but ignore the stakes and see these peaks as something nebulous. »Héléna keeps a critical eye. “The negotiations sometimes drag on and the question of the gap between the stated climate ambitions and their concrete actions on the ground”, she begins. But she remains convinced of the relevance of the COPs. “If not because they set a common framework and the same ambitions for all countries,” she says.

At the end of the COP26 in Glasgow, it will be time for Helena to give way to a new delegate, whose recruitment should be launched in early 2022. Loreleï will succeed her as a Young “senior” delegate, in charge of overseeing the new recruit, and will continue his mandate until COP27. And after ? Loreleï and Helena will remain within the JAC for a while. Above all, they will enter working life, which they both see in connection with the environment. “Why not in the association? », Slips Héléna, currently in internship at negaWatt, an association of energy experts. But the Lyonnaise is also
songwriter and performer. She has just released her first record and intends to lead professional life and music at the same time. As for Loreleï, she would see herself working in the central administration and will soon prepare for the entrance exams.

Video. In Popasna, the population is “exhausted from being afraid”