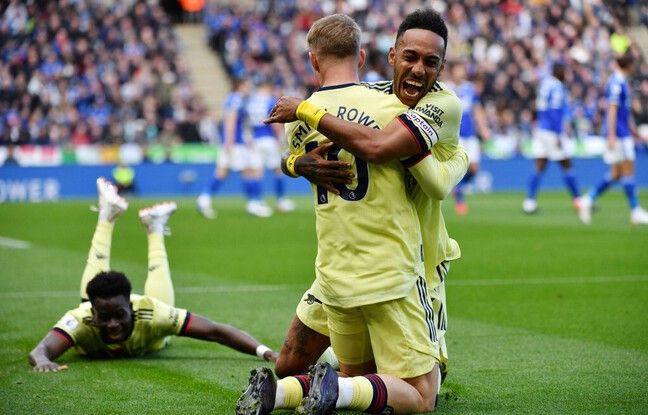 At this rate, Gunners fans will end up warmly thanking Pep Guardiola and his players for inflicting a monumental combo (5-0) on them at the end of August. That day, Arsenal was squarely in last place in the Premier League table. But since then, what a wake-up call!

In nine games played after the Mancunian clapperboard, Mikel Arteta’s men are undefeated (7 wins, two draws). The latest, this Saturday on the lawn of Leicester (2-0), even propels them to 5th place in PL, in a first part of the table which he had not seen the color for ages.

Ramsdale shines in the woods

Deprived of European competition, which undoubtedly gives Mikel Arteta more time to put his ideas in place, the Londoners ended at the same time the great series of the Foxes, who had taken eight points over the last four days. Leicester was taken by the throat in a perfect first 20 minutes for Arsenal who opened the scoring by defender Gabriel Silva, from the head, from a corner (1-0, 5th).

Amazing Aaron Ramsdale save on a superb Leicester free kick. 😳

What a rookie for the Gunners. ❤️🤍 pic.twitter.com/XUHYDruqIK

In the 18th, it was Emile Smith-Rowe who took advantage of the laxity in the opposing defense to regain a ball that was trailing in the area and in front of goal to double the stake (2-0.18). Leicester then reacted but above all shone Aaron Ramsdale, the goalkeeper bought 28 million euros this summer from Sheffield United and author of a phenomenal match on Saturday.