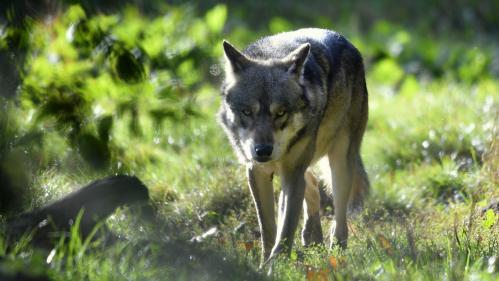 “The breeding packs of wolves, established in the Alps, in the east of France and in the Massif Central, can emit young throughout France”, explained on franceinfo Thursday, October 28 Farid Benhammou, geographer, researcher associated with the Ruralities laboratory at the University of Poitiers, while a dead wolf was found in Loire-Atlantique, in mid-October. “When the number of wolves is too large in a territory, young individuals tend to leave”, according to the researcher, who estimates the number of wolves in France between 400 and 800.

franceinfo: Does this wolf in Saint-Brevin-les-Pins surprise you?

Farid Benhammou: No, that doesn’t surprise me, because in the spring and this summer, there was already a wolf that had been spotted 120 km away and you should know that a wolf has the capacity to cover between 80 and 100 km in 24 hours. . At the moment, we are not sure that it is the same wolf, but it could very well be the same individual, as it could be another. Because it is possible that it is an individual that one says “in dispersion”. The wolf is an animal which is social, which lives in groups, in packs, of two to five individuals. The packs formed, in general, are very territorial, on a territory ranging from 150 to 250 square kilometers. But after a while, as the wolf cannot proliferate on a territory since its density depends on the number of wild prey, that is to say deer, roe deer, deer, wild boar. As the wolves are adapted to the number of possible preys, when the number of wolves is too important on a territory, the young individuals tend to leave, and instead of being sedentary, they can travel several tens, even several hundreds of kilometers. . Breeding packs, established in the Alps, in eastern France and in the Massif Central, can emit young throughout France. In the summer of 2020, there is a wolf who made his own in Normandy, in Seine-Maritime, even less far from Loire-Atlantique. This year, in March, it was in Vienne, south of Poitiers, that a wolf was spotted. Then, since 2019, lone wolves have been spotted in Charente, Charente-Maritime and Indre, for example.

But we still haven’t seen any packs, strictly speaking, as there are in the Massif Central, in the East or in the Alps, in these regions in the west of France?

No. For the moment, we are not in constituted packs. We don’t have proof. It is true that when we have packs that are formed in general, we can be afraid of clues such as wild animals that are found completely eaten. And then, possibly, some follow-up testimonials. But we have to realize that in these areas there is not enough observation pressure. That is to say that unlike the Alps or in the Massif Central or in the East, or even in the Pyrenees, where we have the French Office for Diversity, naturalists who are used to following the wolf and which have elements, there we have no elements. There is no observation, except as it happens fortuitously, when there is a wolf that has observed or when a wolf is found dead.

So, are we sure how many wolves there are in France today? We are talking about 400 to 800 individuals.

So these are ranges, these are estimates made by the French Biodiversity Office. Of course, this is modeling. For the formed packs, the numbers are rather well evaluated. Where there is a margin of error, it is precisely for these dispersed individuals. But I think the range you give is quite wide, seems to me to be a relatively reliable range. And I would not agree with the Minister of Agriculture at all, who seems to give credence to certain comments made by agricultural unions which seem to say that there are 1,000 or even 6,000 wolves. There is no scientific evidence that seems to go in this direction, which does not mean that there are not wolves roaming in certain areas.

Question a little naive perhaps, do we have to be afraid?

No no no. I don’t think you should be afraid since the wolf is not a dangerous animal for human beings. On the other hand, it can be for wild animals and also for domestic animals. Hence the interest, and this is what I’m working on, in anticipatory work. And there, the public authorities show a relative weakness since they manage piecemeal, rather by tending to listen to the most radical voices and the most hostile voices, instead of rather listening to the most constructive voices. that prepare for anticipation.