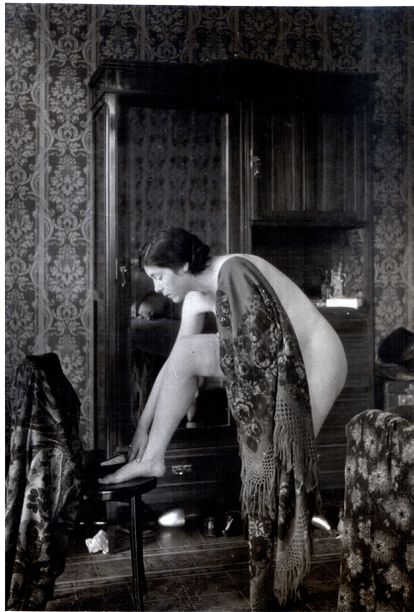 The poet and novelist Gamel Woolsey in a hotel in Rome in 1930, in a photograph taken by her husband Gerald Brenan.AEGB. Heirs of Lynda Nicholson.

Silence was always a refuge in the life of the writer and poet Gamel Woolsey (1895 or 1897, Aiken, South Carolina-1968, Churriana, Málaga), a silence that became invisibility for her work, which was never projected editorial that it deserved, in the opinion of those who have studied it in depth. Despite her marriage to the British Hispanicist Gerald Brenan, whom she was united with from 1930 until his death in 1968, she published very little in her lifetime and with little projection. The Gerald Brenan House, the institution in charge of disseminating the work of the British Hispanist and his wife, which has recovered the Churriana house where they both lived, has just published, for the first time and in Spanish, their complete poetry with the title Beyond Middle Earth (Renaissance).

The anthology brings together 156 poems, dated between 1911 and 1959. They are the most intimate writings of an author who only achieved a certain projection by The other realm of death, his best known work, which went almost unnoticed when it was published in London in 1939 and which had to wait until 1998 to achieve notoriety, when it was published in the United States by Pithia Press, which changed the title to that of Málaga Burning (Malaga on fire). This emotional account of his experiences in Malaga during the Spanish Civil War was published for the first time in Spanish with the original title in 1988, and with the modified one in 1998.

Carlos Pranger, in charge of the Brenan legacy, has been collecting Woolsey’s poems scattered in magazines, newspapers and other unpublished poems for a decade and has translated them into Spanish. In addition, she has written an extensive introduction that is the closest thing to a biography that has been published about this creator of “extreme sensitivity”, according to Pranger, whose poems speak of nature, the cycles of life and death or the seasons. in an apparently simple way, but one that contains great complexity. “I got so involved in his life that I was angry to discover that he had all the potential necessary to have succeeded and that fate or wrong decisions prevented him from having the success he deserved,” explains Pranger, coordinator of the Gerald Brenan Library collection, who started in 2019 with Things of Spain, a selection of the articles published by the Hispanicist in international journals, and The face of Spain, book in which he tells of the trip he made with his wife through the center and south of Spain in 1949. The collection will continue in 2022 with the reissue of history of Spanish literature de Brenan. 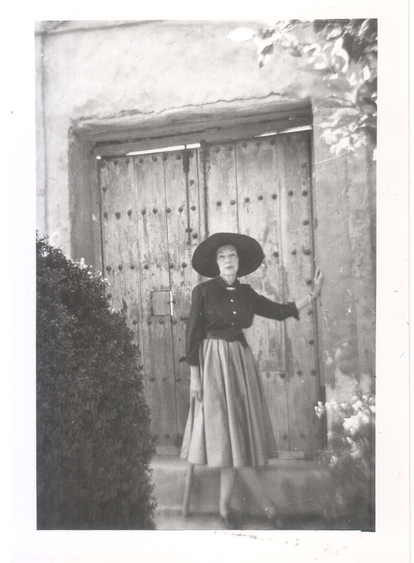 Gamel Woolsey, at the door of the garden of his house in Churriana (Málaga), in the fifties. AEGB. Heirs of Lynda Nicholson

“She dwelt in Middle-earth, the title of one of her poems, a place between reality and fantasy, between life and death,” reflects Pranger. “It’s as if he had never been able to fully integrate into reality because of that extreme sensitivity he had to pain and sadness, to Brenan’s earthly personality, which served as a counterweight to stay afloat,” adds the editor from Beyond Middle-earth.

Alfredo Taján, writer and director of the Gerald Brenan House, who will present the anthology this Friday at the Seville Book Fair, calls her “melancholic fairy” in the prologue of the work and speaks of an “invisible” writer despite herself, because she tried, unsuccessfully, to get her work published. The publication of his first novel in London, One Way of Love, it was canceled in 1932 for its sexual content when 1,500 copies had already been printed. As Pranger explains, “the publisher, Victor Gollancz, feared that the book would be censored because it could be a scandal for Victorian morals at the time and broke the contract.” Even Virginia Woolf, who read the manuscript because Woolsey’s friends had sent it to her husband, the publisher Leonard Woolf, wrote to the art critic Clive Bell in 1932: hands”. So the autobiographical story of a romantic southern damsel who moves to New York and discovers unattached sexuality didn’t see the light of day until 1987.

However, his great disappointment was the refusal of the Nobel Prize for Literature TS Eliot in 1960 to include it in the catalog of poets of the famous publishing house Faber and Faber, of which he was editor. It was the lace that ended up taking her completely away from writing. 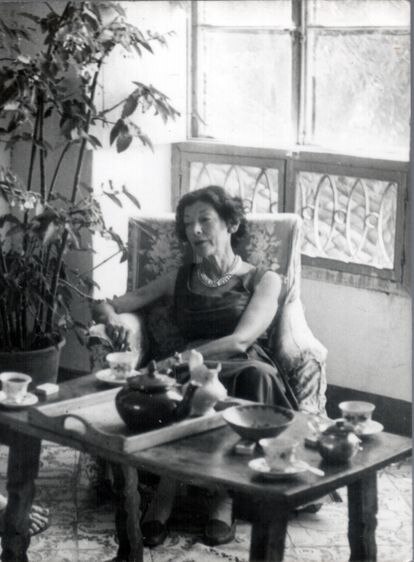 Gamel Woolsey at his home in Churriana in the 1960s. AEGB. Heirs of Lynda Nicholson.

The Brenan couple planted a beautiful garden ―a space now destroyed and separated from the building― in their house in Churriana, where they spent long periods of time since 1934 and where they settled permanently in 1953. The garden meant for the poet the recovery of his childhood on the Breeze Hill plantation. After her death in 1968, a victim of poorly treated cancer and alcohol abuse, Brenan admitted that she had not been able to fully appreciate Gamel as “a true poet, albeit somewhat irregular”, and dealt with the compilation and dissemination of his work. Task that he entrusted to the poet and editor Kenneth Hopkins, who published some of his poems and a selection of his correspondence with Llewelyn Powys, who was his lover after the failure of his first marriage with the New Zealand journalist Rex Hunter (1923-1926).

Gamel Woolsey, who never changed his last name to Brenan, was an unconventional person, but also indolent and irregular, according to Pranger, whose existence was marked by misfortune, although he had what it took to succeed. “His poetry is intimately linked to his biography. Loneliness, incomprehension and insecurity marked his entire literary process, ”says Taján, for whom the appearance of this anthology is“ a literary event ”. “He lived in a time poisoned by anxiety that he translated into a poetry of impressive existential refinement,” he concludes.