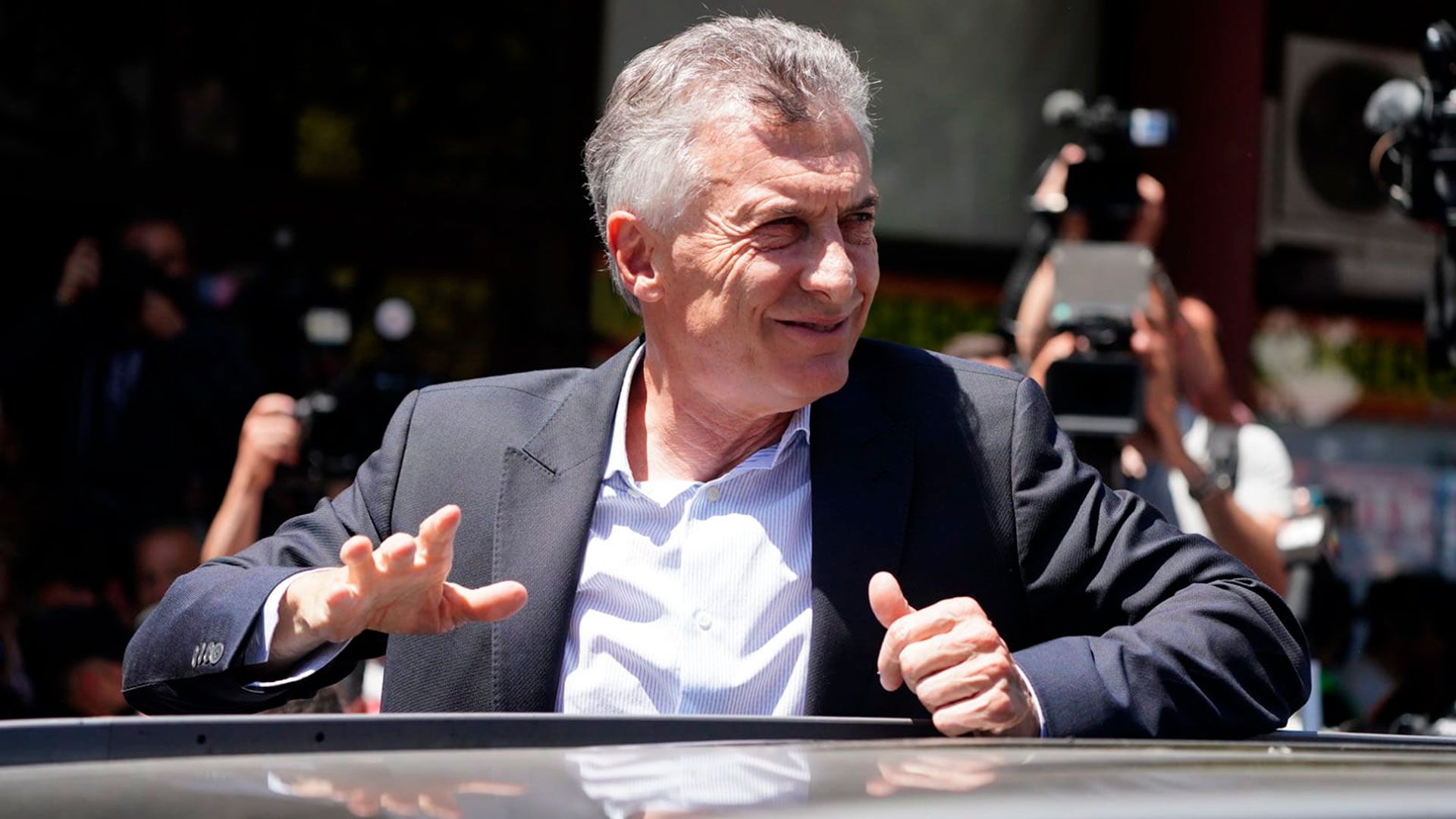 After a spectacular staging, with caravans, militants, leaders and former officials of the Cambiemos government, Mauricio Macri could not testify before Judge Martín Bava for allegedly spying on the families of the victims of the ARA San Juan because the Federal Agency for Intelligence (AFI) recognized, in a file reserved and restricted to the parties, that the agency did not have sufficient entity to relieve a former head of the Nation from a state secret.

No one had noticed this situation and the former president withdrew from Dolores without saying a word to the magistrate and thus managed to postpone his investigation. For this reason, the court quickly took action on the matter and as it is Alberto Fernández who must relieve Macri of the state secret due to the Intelligence Law, the request for this to happen has already entered the Casa Rosada, Infobae learned.

After 6:00 p.m., the head of state ordered the survey so that the statement could be made and the Government planned to present it early so that Martín Bava has cleared any inconvenience so that the investigation can be carried out, the main act of defense of any citizen in criminal proceedings.

The request that the court had made was worked on urgently by the Legal and Technical Secretariat, in charge of Vilma Ibarra, since it had been decided to accelerate the process for the head of state to sign the simple decree -no DNU- today before go to Rome for the G20 summit. The rush was due to the fact that if it was not done before tonight, the one who should sign it is Cristina Kirchner because she will be in charge of the Executive.

As Infobae learned, the setback in the processing of the case was due to the fact that the head of the AFI, Cristina Caamaño responded to an official letter from Judge Bava linked to the preservation of the Secretary of State without previously notifying the Casa Rosada. That requisition was three weeks ago.

Despite this, there is still no date for Macri to testify again and in his environment and in the leadership of Together for Change it was taken as a day of victory that ratified what the opposition had been saying about this investigation: “It has been in evidence Judge Bava, in his intention to try him before the elections; we had to find out just today that the court does not have the intelligence secrecy survey so that Macri can testify, “said Pablo Lanusse, lawyer for the former president, leaving the court.

And he added: “There is no date for the new investigation because first the judge must ask for the examination. Macri will continue to be at the disposal of the Justice. What everyone has to be clear about is that this cause is a political persecution, we are not the same as Kirchnerism ”.

Today’s would have been Mauricio Macri’s first investigation since he left the presidency. Martín Bava, in charge of the federal court of Dolores, which found him suspected of having spied on the relatives of the crew members of the submarine ARA San Juan, who claimed to be looking for their loved ones after the disappearance of the ship four years ago in the waters of the Argentine Sea.

Macri is accused of alleged illegal espionage maneuvers that had the objective of monitoring the activities of the organizations of relatives of the victims of the San Juan submarine sinking “from the perspective of affecting the image of government management.” The follow-ups would have occurred between December 2017 and the end of 2018. In total, there are six cyber-patrol acts, photographs and follow-ups that are attributed to the former head of the Buenos Aires government. Mauricio Macri with the caravan of militants

According to Bava’s grounds for considering the former president a suspect, these proceedings against the relatives of the ARA San Juan crew members were not related to the president’s security but rather were “illegal intelligence” tasks that sought to control protests and influence in public opinion.

Macri always rejected the accusations, both in posts on social networks and in interviews and during the event he led in Dolores: “I did not spy on anyone, nor did I send anyone to spy. Neither in this case nor in any other ”.

“I’m here because we always stand up, we know what we did and we know our intentions. We know that if they believe that these two years of aggression, that permanent obsession of my person, if they believe that this will diminish my commitment to you, they are very wrong. Argentina has a future, that’s why on September 12 what happened happened and on the 14th we are going to ratify it, “he added.

Could Macri testify or was intelligence secrecy prevented?

Gerardo Morales: “We resemble Kirchnerism with the marches in support of Macri”

Iberia’s purchase of Air Europa, on the verge of breaking up