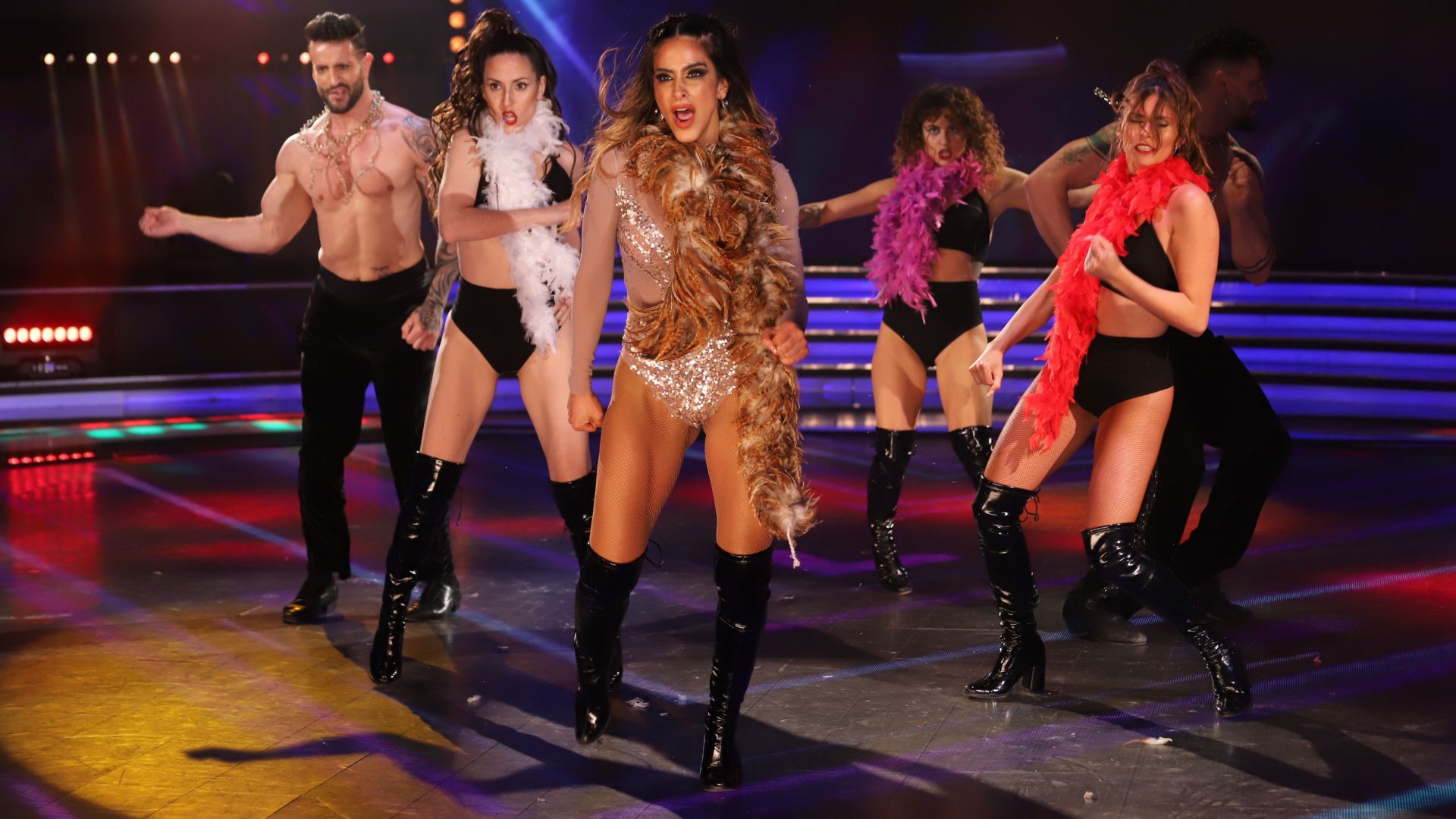 The bar was high this Tuesday in the Tributes of The academy. After the tribute that Rocío Igarzábal and Gonzalo Gerber made to Mercedes Sosa, they left the hot track for the performance of Celeste Muriega and Maxi Diorio. “When I was given the option of choosing the tribute, the first thing I did was say Ricardo Fort,” admitted the dancer. “He was the person who trusted me more than I did,” she explained, and evoked with emotional words her entry into the magical world of the Commander.

“It marked a hinge in my life, I auditioned, I made three blocks of queue, with my bag on my birthday,” he said. “I want to give myself this gift, I really want to work with him,” he swore before leaving, to his mother’s skepticism. And with the path traveled, she only had words of praise for the person who trusted her: “I stopped being a number to have an artistic entity, that value was very marked, in addition to being human, sensitive, a beautiful person who not everything the world could know ”, he added.

“He was a different, a different. What Ricardo Fort gave to this program was impressive ”, said the host Marcelo Tinelli while the images showed archive material with just a sample of what the chocolate entrepreneur meant during his time in ShowMatch. “He knew how to see me when I was invisible, and from then on we did not separate any more, until the last few days, when I did not have the opportunity to tell him this,” Muriega admitted with increasing emotion. “I feel that today is a revenge, to give me the place of being almost a producer, of being able to choose the costumes, of being the first star of her show, of singing, dancing, acting live, something that I never in my life thought I would be able to do.

With this gratitude, and tear-filled eyes, Celeste carried out her tribute, which began with some of Fort’s most iconic images on the studio’s giant screens. With the corps de ballet on the floor, the choreography itself was set to the rhythm of a medley of classics in the voice of the Commander. Sandro’s “Tengo” sounded first, followed by an emotional duet between the dancer and her mentor from “Hanging in your hands”, Carlos Baute’s hit. After the words of Martita, one of the businessman’s daughters, the closing was with “Who cares”, in the version popularized by Thalía. For the memory, the final image, with the Commander’s face on the track and the dates of birth and death as a symbol of immortality.

Although Celeste had given everything on the court, the jury was not convinced by the tribute and not precisely due to lack of technique or skill. Ángel de Brito started the returns round with a 4: “I like that you can show all your talent here. The musical picture was typical of a Ricardo work, but the tribute left me nothing, “justified the journalist. “It was a difficult tribute, because Ricardo just with his presence filled absolutely everything. The dance was very good, but I lacked a little connection with him in my memory, “said Pampita Ardohain, who gave them an 8.” I know you enjoyed it a lot, I saw you in the end excited and it’s nice that you can give that pleasure ”, completed the model, before the emotion of the dancer, who burst into tears after the return. 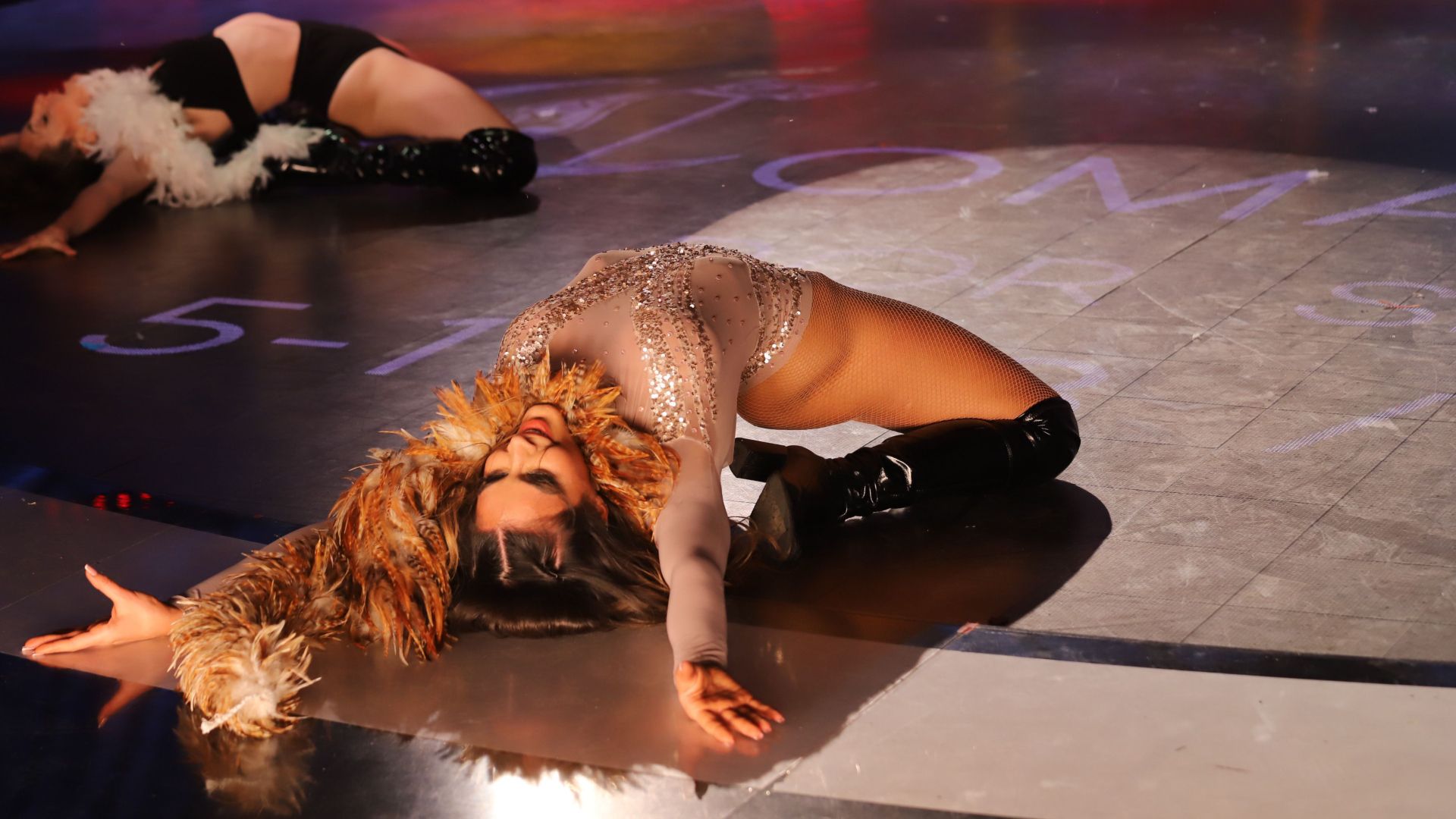 The rest of the jury spoke in the same way as Ana’s mother. “Everything that Celeste experienced with Ricardo was so powerful and internal that perhaps here on the track she didn’t break our heads. But enjoy this moment, Celeste, it’s yours, ”stated Guillermina Valdés, who scored a 7.“ I felt that it was Celeste’s tribute to her experience with Ricardo. Ricardo’s soul did not reach me. Honestly, I didn’t like it a lot, “admitted Jimena Barón, before qualifying them with a 6.” I liked what they did, but I didn’t see the tribute, “closed Hernán Piquín, in charge of the secret ballot.

Muriega accepted the scores and the jury’s observations: “I wanted to show Ricardo that not everyone had the opportunity to meet. Thank you Marcelo for giving me this opportunity ”, closed the dancer, without grudges, and with the satisfaction of having told Ricardo what he had kept for so long.

Bake Off: Paula Chaves joined the competition during a technical challenge and surprised with the result

Luciano Cáceres spoke about his relationship with his mother’s ex-husband: “At 41 years old, a guy appeared to tell me that he was my father.”