20% of hospital beds currently closed for lack of staff 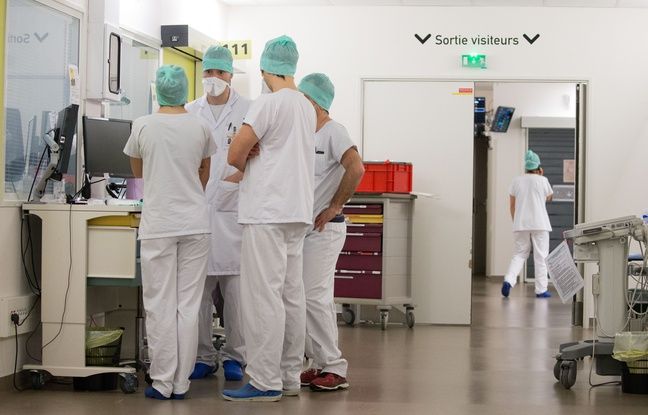 Bloodless hospital services, sometimes condemned to close beds for lack of personnel. This is the alarming observation drawn up by a flash survey led by the President of the Scientific Council, Jean-François Delfraissy and
revealed this Wednesday by Liberation. According to this study, about one in five beds is currently closed in the CHUs and CHRs in France, for lack of nurses and nursing assistants, but also of tenured doctors, to make them all work.

In the Paris region, these figures are corroborated by the data sent to Liberation by the AP-HP: “according to official figures, 19% of beds were closed in September 2021, ie twice as many as in the previous situation. -Covid (the closure rate was already 9% in September 2019), as Martin Hirsch certifies. “

A critical situation that was already mentioned by the scientific council in its opinion of 5 October : “Concurring data collected from major French hospital structures (administrative and medical) show a suffering health system with: 1) a large number of vacant jobs (…); 2) in large hospitals, whatever the region, a significant percentage of beds closed due to lack of personnel, in all healthcare sectors including pediatrics. These figures seem higher than the previous autumns (…) ”

Interviewed this Wednesday in Liberation, the Minister of Health Olivier Véran believes that “nobody today knows how to give a precise figure” of closed beds due to lack of personnel but admits that “a certain number of units in hospitals are forced to close temporarily, or to downsizing, for lack of caregivers, above all for lack of being able to recruit them ”. The minister also confirms, according to a study conducted with 16 CHUs, an increase of nearly a third of vacant positions among paramedics compared to the fall of 2019.

Among the reasons put forward: absenteeism “which increases by one point over the same period for non-medical personnel”. But also resignations which “increase more significantly between 2020 and 2021 than between 2019 and 2020”. “They remain nevertheless in moderate proportions”, according to Olivier Véran. “Some caregivers leave the hospital because they are tired after twenty months of health crisis. These departures can put teams and departments in difficulty because recruitments are also difficult. It is a reality “taken” head-on, assures the Minister of Health.