Three questions on the “climate ISF”, carried by Hidalgo and Jadot 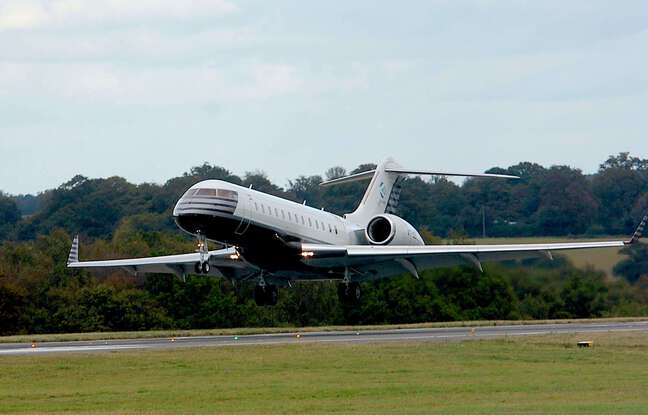 Tax the rich to fight global warming? The idea is gaining ground among several candidates for the presidential election of 2022. While Emmanuel Macron had abolished the ISF (wealth tax) in early 2018 – a decision whose economic effectiveness remains unclear -, the environmentalist Yannick Jadot, and more recently the representative of the PS Anne Hidalgo, announced that they wanted to restore it in order to support the ecological transition.

Barded in green, the ISF would henceforth be, according to their proposal, “climatic”. 20 Minutes tells you a little more about this new tax proposal.

Where does the idea of ​​a “climate wealth tax” come from?

It is the NGO Greenpeace which is at the origin of the concept. On October 13, 2020, she published a report called The dirty money of capital: For the establishment of a climate ISF. Greenpeace finds there that the wealthiest households emit much more CO2 than the average French (especially because they consume a lot and travel far). A study by the Global Inequalities Laboratory,
published last week, recalled that the wealthiest 1% are responsible for 17% of CO2 emissions in the world. In addition, their assets are sometimes used to finance polluting industries, for example through the holding of shares in oil companies.

For Greenpeace, these facts justify the introduction of a new tax, with a view to tax justice. The idea is first taken up by Eric Piolle, the mayor of Grenoble and candidate for the ecological primary, then by Yannick Jadot, the winner of this primary. In recent days, Anne Hidalgo, invested by the PS, has also decided to add the ISF climate to her campaign proposals.

What would it consist of and how effective would it be?

“The climate wealth tax could take the form of a wealth tax, with a penalty depending on the composition of your portfolio,” explains Lucas Chancel, an economist specializing in inequalities and ecological transition. In other words, from a certain threshold – Greenpeace proposes 1.3 million euros – household wealth would be subject to a specific tax. This would be increased if the households concerned invest in activities that emit particularly CO2.

“This would make it possible to dry up a sector such as fossil fuels financially and redirect investment towards less carbon-intensive and therefore less taxed sectors, such as solar or wind power,” continues Lucas Chancel. In addition, the tax revenues from this tax would make it possible to finance the ecological transition for citizens who have little financial means ”.

Are other countries considering a similar method?

Several countries have seen recent debates on the taxation of high wealth, not necessarily from an ecological perspective, but above all for reasons of fiscal and social justice. In Germany, the SPD and the Greens wanted to restore the wealth tax, but the coalition agreement signed with the Liberals no longer mentions this promise.

In the United States, Joe Biden wants to implement a tax focused on stocks and bonds held by people earning more than $ 100 million a year. According to the Daily Mail, this levy would concern “600 to 700 Americans”, or the wealthiest 0.0002%.