Hurricane Rick advances on Michoacán: this will be its trajectory on land 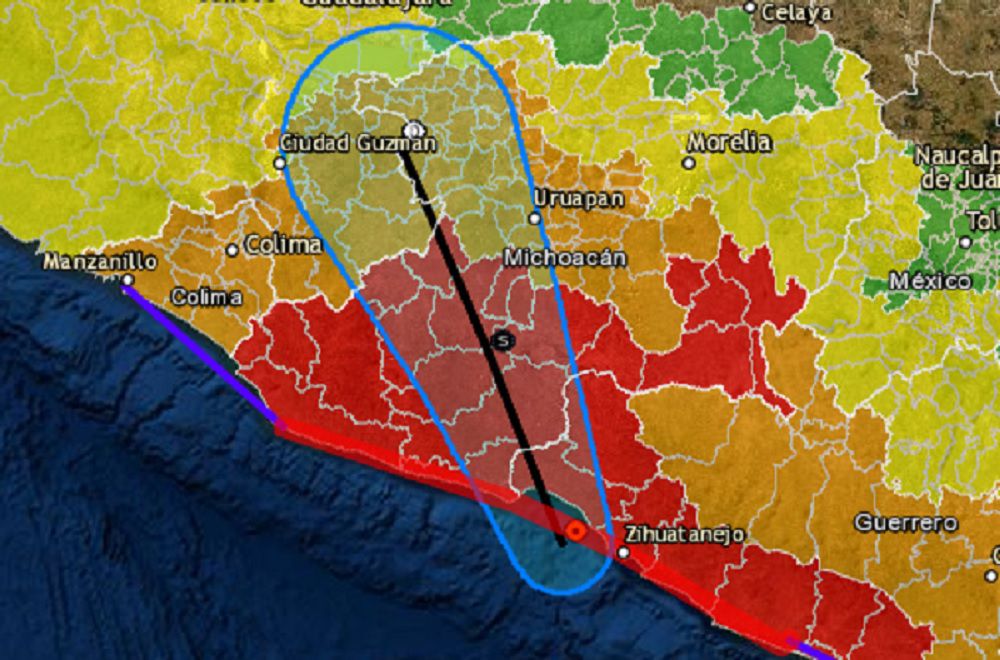 The center of Hurricane Rick, a category 2 on the Saffir-Simpson scale, is already over the state of Michoacán.

As reported by the National Meteorological Service (SMN), the powerful cyclone is located near the municipality of Arteaga, and its maximum sustained winds maintain the intensity, beating at 165 kilometers per hour, with more intense gusts of up to 205 km / h.

The system touched down at 05:00 in the morning on Monday, October 25, in Guerrero, specifically in the vicinity of the Isidoro Montes de Oca Union. Just two hours later, around 07:00, Rick crossed into Michoacán to continue north.

According to the forecast of the National Civil Protection Coordination, in the next few hours the hurricane is expected to pass through the east of Tumbiscatío de Ruiz, and later cross Guanajuatillo. Shortly after, it will move over the west of Apatzingán, in the direction of Cenobio Moreno, Raúl Ramírez and Buenavista Tomatlán.

As he moves through those Michoacán municipalities, Rick will weaken and degrade to a tropical storm, with winds that will go from 65 to 118 kilometers per hour. On Monday afternoon, it will cross into the state of Jalisco, moving over Jilotlán de los Dolores and Santa María del Oro, to later enter Michoacán again and visit Tocumbo and Cotija.

From the SMN they recalled that Rick will not only affect the states that are on his route, but that with his cloud bands he will hit at least 11 entities. In addition to Michoacán and Jalisco, the system will hit Colima, the State of Mexico, Guanajuato, Morelos, Nayarit, Zacatecas, Oaxaca, Puebla and Guerrero. 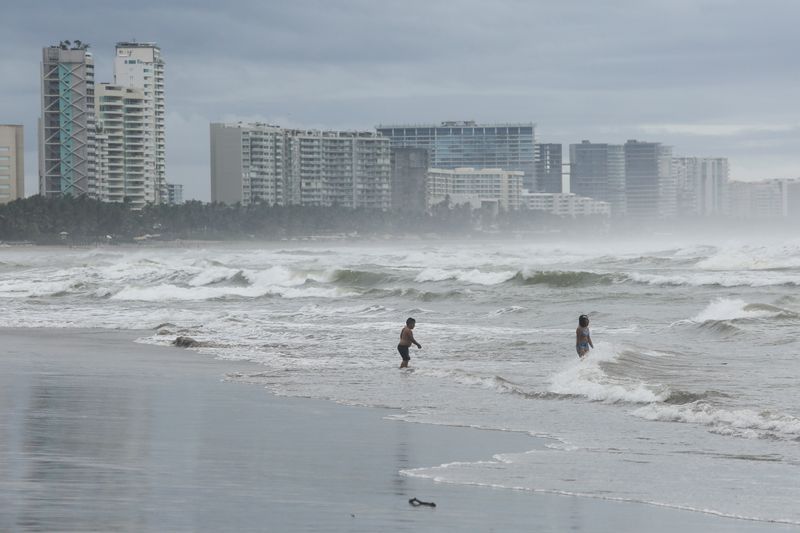 The heaviest rains are expected in Michoacán and Guerrero, with torrential records that will exceed 250 millimeters.

In addition, in Jalisco and Colima the rainfall will be intense, from 75 to 150 millimeters, while in Guanajuato it will range from 50 to 75 millimeters. Querétaro, the State of Mexico, Puebla, Morelos, Oaxaca, Veracruz, Chiapas and Tabasco will not be spared from the rains and in their territories, Rick’s cloud bands could leave up to 50 millimeters.

According to the SMN, it will also be necessary to be aware of the winds that will shake the populations of western Mexico, especially the coastal nuclei of Michoacán and Guerrero. There the gusts would reach up to 150 kilometers per hour this Monday and, a little further north, in Colima, they will be of the order of 70 to 80 km / h.

On the beaches of the Mexican Pacific, the maritime conditions will be adverse. The waves could rise up to seven meters high in Michoacán and Guerrero. For its part, in Colima they will be between one and three meters.

The governor of Michoacán, Alfredo Ramírez Bedolla, reported that temporary shelters have already been set up in the state.

“Before the arrival of Hurricane Rick to Michoacán, these are the points where the temporary shelters are located, distributed between Coahuayana, Arteaga, La Huacana, Chinicuila and Buenavista,” said Bedolla.

At 08:30 on Monday, the National Civil Protection Coordination maintains the following alerts:

By approaching cyclone: ​​southwest, south and southeast of Michoacán; southwest of Guerrero.

By approaching cyclone: ​​center, west and northwest of Michoacán; northwest of Guerrero; center, north, south and west of Colima; southeast of Jalisco.

By cyclone moving away: center and south of Guerero.

By cyclone approaching: north and east of Michoacán; south and west of Mexico; northwest, southwest and center of Jalisco.

By cyclone moving away: southeast, east and north of Guerrero.

By approaching cyclone: ​​south and west of Morelos; center of the State of Mexico; northeast and north of Jalisco; south, center, west and east of Nayarit; south of Zacatecas; south, southeast and southwest of Guanajuato.

By cyclone moving away: south and southwest of Puebla; southwest and northwest of Oaxaca.

Hurricane Rick made landfall in Guerrero: it registers winds of 165 km / h