How is “Love seen from the meadow” made, the little sister of “ADP”? 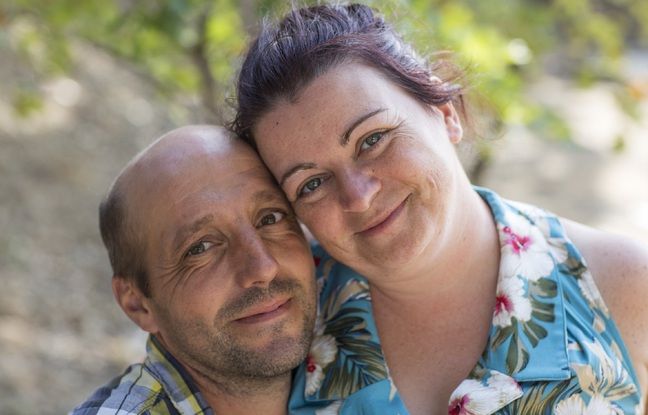 One hand on their furry beast, another on the remote control. Like millions of French men and women, the farmers of L’amour est dans le pré have no problem choosing a TV program to watch. The choice is much less difficult on Monday evening when the first notes of Haven’t Met You Yet resound, the song in the credits of the show which allowed them to meet love, on M6.

Well, that’s what L’amour vu du pré wants us to believe. For two years, the channel has offered its audience a rural and bucolic Inception by filming former farmers reacting to the episode that has just been broadcast in the first part of the evening. The opportunity for them to remember good memories but also to offer the public a reflection in the mirror: like everyone else, they too are embarrassed when a participant takes a rake and like everyone else, they too suffer a tear when a suitor packs his bags, heartbroken, after being turned away.

So that previous promotions can comment on the adventures of their colleagues, you can imagine that they have access to the episodes before the common city dwellers. Filmed over a fortnight between April and May, the images of farm stays must be edited before being delivered to the chain. And it takes time. Those who comment on the show are therefore filmed on their sofa between three weeks and a month before M6 viewers discover it in their turn.

This year, fans of the program will notably find Jérôme and Lucile, Mathieu and Alexandre, Laurent and Maud from season 15 or even Pierre and Fred from the seventh edition. Before welcoming the cameras into their living room, farmers do not take any casting or testing. “Not at all, never in life! », Exclaims Deborah Huet, director of programs for Fremantle France production, when asked.

“They must already want to do it and be available. It must not fall during the harvest or the fairs for example. And then afterwards, we compose, ”she explains. To get a good mix, you therefore need farmers from more or less recent seasons, couples, friends, and finally different age groups.

But where is Karine Le Marchand?

When the agricultural stars settle down on their couch, they embark on the filming of two shows. In front of them, three cameras and two cameramen. This is for the image side. On the sound side, what the public does not know is that farmers do not watch the same program as everyone else since the voiceover is not provided by Karine Le Marchand but by Nicolas Villeroy, the director of premium postproduction.

For planning reasons, the host is not able to record comments for all future episodes. Just in time, Love is in the meadow is not ready weeks in advance. Karine Le Marchand, for her part, records the voice-over of two episodes per session over the water. Farmers must therefore imagine their voice when they discover the program.

Since the start of the season, L’amour vu du pré can count on 1.65 million followers, or 19% of the public on average. Good scores that could seem surprising: the very principle of the program consists of reviewing images that the public has just discovered a few minutes earlier in the first part of the evening. Weariness, are you there? “The cool side for viewers is to see that the stories work and last,” answers Déborah Huet. We’re checking in on the family, actually. “

Observing the evolution of couples, discovering the faces of their children and remembering the highlights of past seasons, this is also what L’amour vu du pré is for. “Each time, you have their decryption of what the farmers of the season are going through and inevitably, they draw a parallel with what they have experienced,” notes Déborah Huet. Without forgetting love, of course. “Seeing them blooming gives you hope too. “