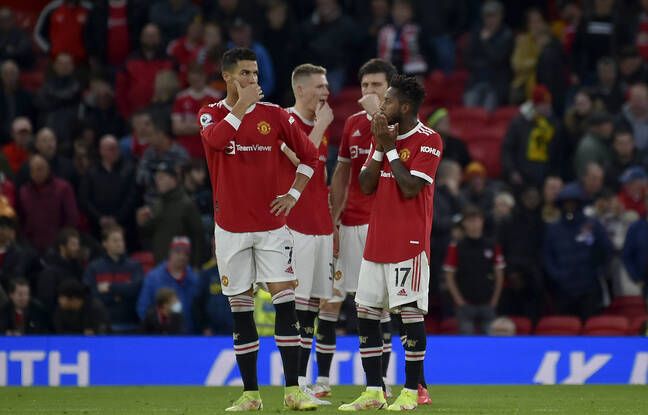 If one had to keep a single image to depict the sinking of Manchester United at Old Trafford against the enemy Liverpool (0-5), it would be that of the expulsion of Paul Pogba. Entered at half-time when the Mancunian cause was already lost, the Frenchman will come out a quarter of an hour later, sent off for a dangerous tackle on Naby Keita after the intervention of the VAR. In its wake, a good part of the Manchester public deserted the place. The humiliation is too great, too painful.

🟥 Pogba who sees red! Author of a nasty tackle with both feet forward, the Frenchman leaves the lawn, heading for the locker rooms! #PLRMC pic.twitter.com/1O7ICwIO6X

It did not take long to take shape. MU does not have time to return to his match that Naby Keita (5th) and Diogo Jota (13th), knock out the meeting. Mohamed Salah did the rest with a hat-trick in 17 minutes. Meanwhile, Cristiano Ronaldo had been, long before the entry of Pogba, the first to fart a bolt. The Portuguese got away with a yellow, which he certainly owes to his status as a divinity across the Channel.

As it had to fall on someone, Pogba did not escape the red. Logic. Anyway the gesture, dangerous, deserved no less than that. Speaking of sanction, we are now very curious to know the fate of Ole-Gunnar Solskjaer after such an affront.