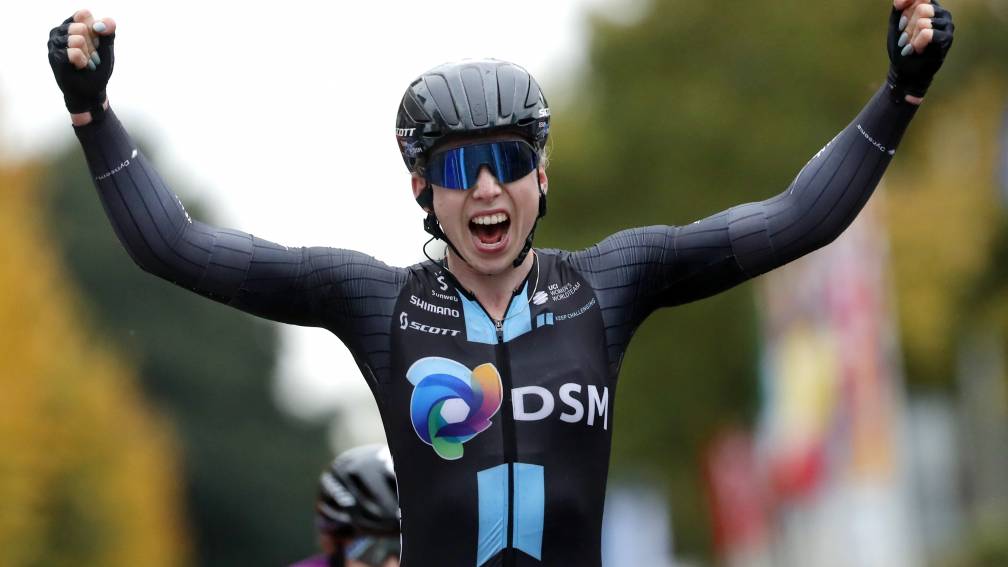 Lorena Wiebes has won the Ronde van Drenthe, the last race of this WorldTour season. After excellent teamwork, the DSM rider was supreme in the final sprint of a leading group of seven.

The Ronde van Drenthe is normally held in March, but was moved to October this year due to the corona virus. Many teams did not compete in Drenthe with their strongest riders, but DSM did. And that paid off.

Wiebes in a chair

With sixteen kilometers from the finish, Floortje Mackaij (DSM) ensured that the peloton broke into pieces during the third ascent of the VAM mountain, 500 meters at 4.2 percent.

A leading group of seven, including four DSM riders, then took off. The 22-year-old Wiebes was one of them and, thanks to her teammates, was brought to the finish in Hoogeveen in a seat after 159.1 kilometers of race.