Presidential 2022: ecological ISF, end of Parcoursup, right to vote at 16 … Anne Hidalgo talks about her proposals during her first meeting 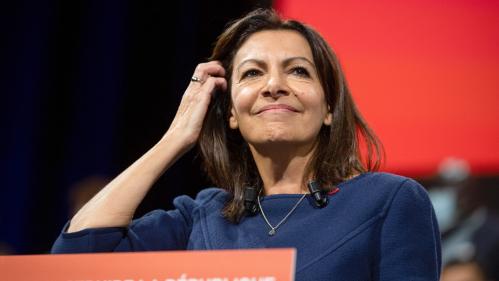 Time for proposals. Ecological ISF, end of Parcoursup, carbon neutrality, right to vote at 16 … The Socialist Party candidate in the presidential election, Anne Hidalgo, outlined the first measures she wishes to put in place, during her first meeting in Lille, Saturday 23 October. A moment awaited by socialist activists to launch his campaign.

In the economic and social aspect, Anne Hidalgo has promised to put in place “universal unemployment insurance”, as well as an increase in wages for “first duty workers”. A nod to the “first ropers” cited by Emmanuel Macron who will have to “fairly share the added value in companies”, according to the mayor of Paris. “We will generalize the regulation of rents in tense areas,” also promised the first city councilor who set up this system in the capital.

Anne Hidaglo is also involved in social issues. “We will open to those who want it the right to die with dignity”, she announced, before specifying: “I would like a law to frame this new right from next year”.

Regarding education, the socialist candidate announced a break with the five-year term of Emmanuel Macron: “We will abrogate Parcoursup”, she promised about the much criticized platform which allows future students to formulate their wishes for assignment in higher education. “I would like more students and apprentices to be better guided in their choice of training,” said Anne Hidalgo.

The mayor of Paris, allied with Europe Ecologie-Les Verts during the 2020 municipal elections, also showed her ambition regarding climate change. “I will be the candidate for the ecology of solutions for this,” she assured, before setting the objective of “carbon neutrality in 2050” in France. “A climate TFR will weigh on wealthy households whose assets emit the most carbon,” she also said, without further details.

Anne Hidalgo has also made commitments on gender equality. “I pledge that a social programming law will be voted in the summer of 2022, to achieve total wage equality in five years. This will be our first measure, our first law,” she said. insured. Finally, the socialist candidate wants to initiate reforms in the functioning of the Fifth Republic, in particular with the lowering of the voting age to 16 years.

Weather in Tonala today: the forecast for Sunday, October 2, 2022

War in Ukraine LIVE: Zelensky hails the important victory of his troops in Lyman…

Indonesia lives one of the most serious tragedies in world football