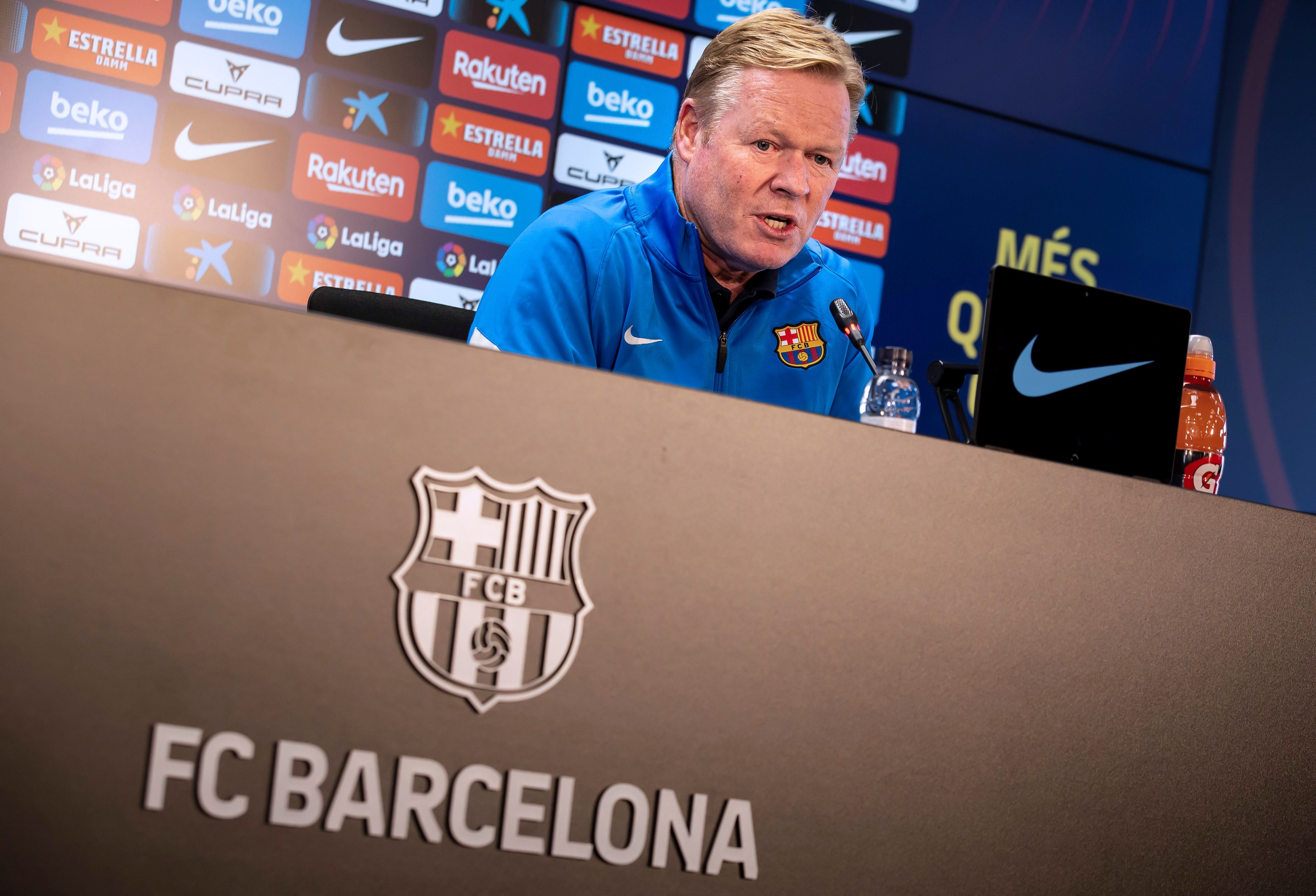 “I know that I have to answer about my continuity before each game,” stressed Ronald Koeman. He didn’t seem to be either angry or happy. But, just in case, he clarified: “No, outside of jokes. It is not necessary for the president to say this every week. ” When the president of Barcelona, ​​Joan Laporta, arrived at the Camp Nou, for the meeting with the partners in order to explain the financing project of Espai Barça before the Assembly of Committees, they questioned him about the future of Koeman after the classic of this Sunday at the Camp Nou (4:15 p.m., Movistar LaLiga). “Does Ronald continue whatever happens against Madrid?” They asked him. “Yes, yes,” replied the leader of the Barça leadership. Koeman, a few minutes later in the press room of the Sports City, thanked him for the confidence. “Things are clear. I feel supported, but I know that everything depends on the results ”, explained the Barça coach.

Since Laporta took power at Barcelona, ​​Koeman’s security on the bench has moved to the rhythm of the president’s emotions. At times, the Dutchman is strong in his position; in others, however, it seems that he is about to leave the Camp Nou. In the previous match against Atlético, the conversation between Laporta and Koeman strengthened their relationship. The attitude of the coach, they say in Barcelona, ​​convinced the Barça boss. This week, Laporta was seen with Rafa Yuste, sports vice president, and Mateu Alemany, football director, smiling with Koeman at the Ciudad Deportiva. “I can’t have more pressure. I am the coach of Barça and I know the importance of the game against Madrid. I have lost and won classics as a player. This will be my first as a coach with an audience. It makes it different, ”said the Dutchman.

After the national team break, Barcelona won their two games at the Camp Nou. The Barça team breathes in the Champions League, after the victory against Dinamo, and adds 15 points in the League to the 17 of Real Madrid. “My image does not depend on a party. It is true that we had an important week at home and you have to be prepared, “said Koeman. And he added: “I do not feel that it is an exam, but winning would give us a lot of confidence, especially because of all the changes we are making and the young people who are entering.”

With Messi and Sergio Ramos in Paris, the spotlights of the classic point, precisely, to two young promises of the League: Ansu Fati (18 years old) and Vinicius (21). “They are two players who are showing a lot. They are on the right track. We must leave Ansu alone. You have to recover and have the physique and rhythm that each player needs. And do not think that it is just Ansu. He’s part of the team, ”said Koeman, who will be able to count on Jordi Alba after the full-back ended the last game against Dinamo with discomfort.

“You have to play without fear. We have to show that we can win and come out with that desire from the start ”, insisted the Barça coach. Although he is used to being aware of what is happening in the environment, Koeman is committed to safety. “I don’t know if people have mistrust. We don’t, ”he said. And now, far from complaining about the making of the squad, he bets on his boys. “We know what we can do and we want to show it. We want to show once again that we have a good team ”, concluded the Barcelona coach.

Disappointed with the RN, ex-fillonists, “yellow vests” … We met the French who were at Eric Zemmour’s meeting