Is Anne Sila’s victory at “The Voice All Stars” guaranteed? 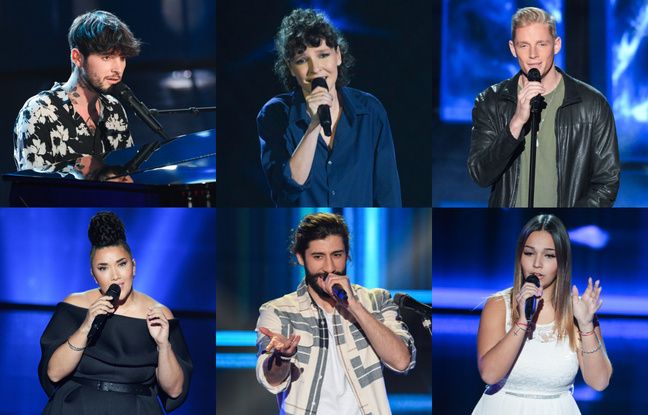 Who will be the star among the “all stars”? Saturday evening, on TF1, the anniversary season of The Voice will deliver its verdict. Six finalists can claim the trophy of this competition where neither sum of money nor contract with a record company is to be won. A gala competition during which Ed Sheeran, Clara Luciani, Soprano, Nolwenn Leroy, Amel Bent and Garou will share a duet with the talents. Review the strengths and weaknesses of each and every one of them.

By collecting 78% of the votes in the semifinals against the serious contenders for victory that were Flo Malley and Gjon’s Tears, Anne Sila confirmed her status as big favorite. But let’s remember that, during her first participation in season 4, the trophy seemed to open her arms wide and then, in the final, she had bowed to the outsider Lilian Renaud who had gleaned more than half (52 %) of public votes. She had to be satisfied with a third of the votes (34%). In The Voice, the outcomes are never written in advance. All the more for women: in ten classic seasons, only three singers – Maëlle, Whitney and Marghe have emerged.

Louis Delort, the water that sleeps?

At the start of the all-star competition he was, on paper, a big favorite. Nice voice, nice face, Louis had finished second in the very first season ten years ago. Since then, he has gained in maturity, serenity and experience. A quiet force that has somewhat stalled in the semi-finals. During the group stage, he lost to MB14. His choice of songs, The Human Phone Bomb, may have been too classic to stand out. However, he won his place in the final thanks to the repechage. By giving him a second chance, the public is telling him that they still have expectations in him.

The winner of Louis Delort is not in the final by chance. With his reinterpretation of Led Zeppelin’s Stairway to Heaven, which he walked between lyrical and rap, he amazed the audience. With him, you never know what to expect and it is in his ability to surprise that his strength lies. He seems to be able to adapt any song to his sauce without it sounding like crazy madness or nerdy calculation. But by taking songs known in his particular universe, he also runs the risk of too much destabilizing the purists of the melodies.

In the semifinals, she beat the excellent Dominique Magloire and Victoria – who undoubtedly lost points for having taken back I love him to die more in strength than in tenderness. After singing Earth Song, Amalya said how much she cared about the environmental message of this song. At the cross-battles, opposed to Atef, she took the microphone to express her happiness to be back on stage. “It was not fair play for Atef, she admitted to
Gala. In fact, the public votes until the last second, and although my approach was sincere, I thought it was not cool for them to have spoken like this. She is the vocal singer of this finale.

Let’s be honest, on paper, among the fifty candidates in the running for this “all stars” edition, we would not necessarily have imagined Terence in the final Top 6. Not that he has no talent, but artists like Al. Hy, Olympe or Dominique Magloire – who have already left the adventure – seemed to be obvious finalists. Terence therefore thwarted the predictions. He did well in the semifinals against Antoine Galey and Will Barber by delivering an astonishing cover of I Will Always Love You. Whitney Houston’s song was almost unrecognizable, re-orchestrated like a generic of a “James Bond”. What if Terence created a surprise all the way?

Manon, the “kid” not to be overlooked

The 18-year-old Marseillaise is the only ex-candidate of The Voice Kids to have broken through in the final. Ironically, the youngest of the competition landed her place for the ultimate direct by eliminating two well-experienced talents: Anthony Touma, star in Lebanon, and Demi-Mondaine, who opened her show on Wednesday.
Monster Cabaret in Paris. His cover of I come from the South by Michel Sardou but Chimène Badi version was all in all classic and applied but effective. Manon has nothing to lose and everything to gain in the final, starting with proving that value does not wait for the number of years.