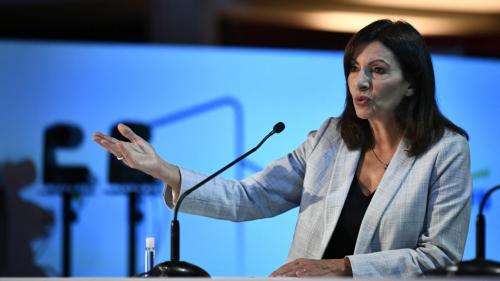 Skip the second. Anne Hidalgo brings together the socialist family on Saturday 23 October in Lille (North) for a first meeting intended to reassure her camp and give new impetus to her presidential campaign, which is struggling to take off. The event, which should bring together many elected officials and personalities, should begin around 3 p.m. Follow it live with franceinfo.

A thousand participants. A thousand people are expected to attend this convention, including Martine Aubry, the mayor of Lille. Mentor of Anne Hidalgo, she is expected alongside many elected socialists, including her “French team of mayors”, a new generation of elected PS quadra or fifties who constitute her close guard, as well as personalities from civil society . Speeches by Bernard Cazeneuve and Johanna Rolland, its campaign manager, are planned. PS executives are also announced. But not François Hollande, learned the political service of France Televisions. The former head of state, very critical of the fragmentation of the left and his “Lilliputian” candidacies, assures us, however, that he will vote for the current mayor of Paris.

“Define aims”. Anne Hidalgo must speak for about forty minutes. Contacted by the political service of France Televisions, her entourage promises that she “will set goals”, without her speech constituting a detailed program for the moment.

A candidate bogged down in the polls. A month and a half after declaring herself a candidate in Rouen, the mayor of Paris is vegetating in the voting intentions, around 4 to 7%, demoted behind the ecologist Yannick Jadot and Jean-Luc Mélenchon (LFI).