Commotion in the Río de La Plata: a sailor shot dead two of his superiors and called the Prefecture to surrender

“The Captain and the First Officer are dead, I killed them and I’m going to turn myself in. So I want a coast guard to come and arrest me, that’s it. It’s as simple as that ”, a sailor was heard saying who asked the Ensenada Prefecture troops for help over the radio.

The call for help came from the tanker Ayane, where the attacker was. The first indications indicate that, in a possible psychotic outbreak, the Third Deck Officer, Carlos Lima, emptied the magazine of a revolver from the Captain, surnamed García; and the First Officer, named Juan Pegasano.

Witnesses told Infobae that after having an intense discussion on the deck, the sailor entered the ship to look for the weapon and when he left he shot only at them. The rest of the crew was unharmed. According to what this medium was able to find out, both the Captain and the First Officer had embarked yesterday because it was a relief day.

Although the reasons for the fight are still unknown, once the two murders were committed, the sailor immediately contacted the Prefecture to report what had happened. “We have two crew members killed on board at the hand of another crew member with a firearm. We need urgent assistance ”, the sailor Lima was heard saying in a first audio. And when the prefect asked him for more details, he explained that the people attacked were his superiors and that he had committed the act.

It was even the same sailor who instructed the prefects to board the ship when they came to stop it. “Come to port, there I am pulling a port ladder,” he is heard saying in another of the conversations he had with the Prefecture.

The tragedy occurred last night in a boat docking area off La Plata, about 2 miles from the coast. The person of the force who was on board the Cabo Corrientes coast guard, who was sailing near the place where the event had happened, went there, while communication with the ship was maintained.

At this time, personnel from the Institution’s Scientific Expert Department carry out the tasks of rigor on board the ship. 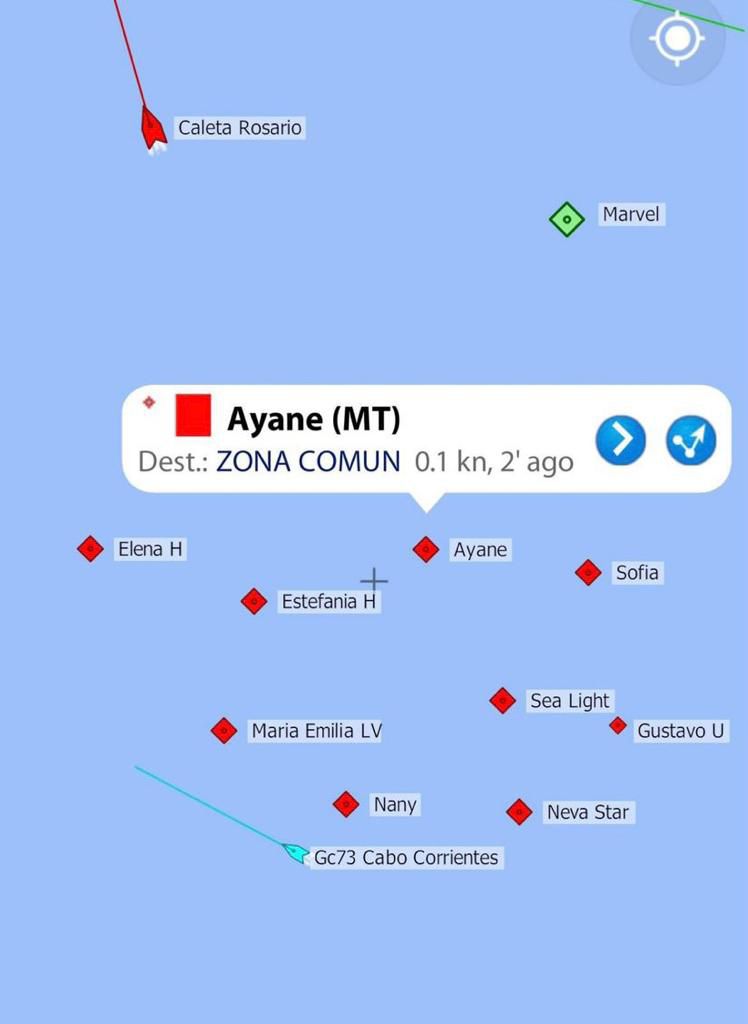 The tragedy occurred this morning in a boat docking area off La Plata, about 2 miles from the coast

The case is investigated by Federal Court Number 3 of La Plata, in charge of Dr. Ernesto Kreplak; and it was Secretary Number 9, of Dr. Yamila ABDELCADER, who ordered the arrest of the alleged murderer nicknamed as the “Crazy Lima”By his own companions.

“The control of the entry of weapons to a boat is not done by the Prefecture because it is the responsibility of the company. Therefore, it is assumed, that a security operator should have checked each crew member before boarding; something that clearly did not happen, “prefecture sources told Infobae.

The company that owns the ship is National Shipping, of union origin, made up of YPF workers after the fleet was privatized in 1993 during the Carlos Menem government. The Ayane is a boat for river and maritime use built in 2010, according to the latest technological standards, suitable for the transport of petroleum and chemical products.

From today in the cinema: Dutch horror film ‘Moloch’ with Sallie Harmsen – Paudal