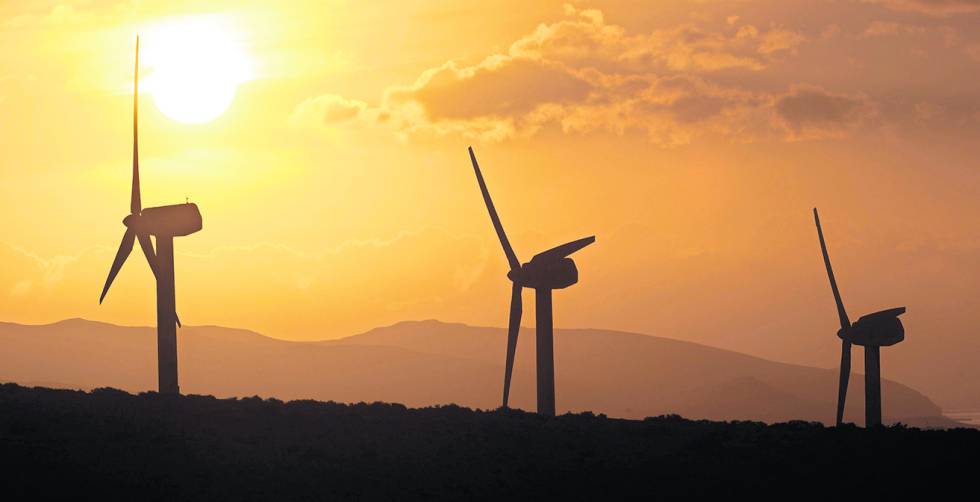 Among the proposals that some of the large electricity companies have made to the Government to alleviate the pernicious effects of the increase in prices in the wholesale market (pool) on the electricity bill, one of them is to put a temporary limit on the benefits that The plants are obtaining the so-called special regime with specific remuneration: renewables and cogeneration prior to 2014. Known as Recore (renewables, cogeneration and waste, which add up to a capacity of 29,200 MW, out of just over 50,000 MW, according to the CNMC), this remuneration mechanism guarantees these old facilities the recovery of their investment with a somewhat higher annual return to 7.1% in 25 years and a reference price of about 30 euros MWh.

How they sell in the pool and charge their price, in the last weeks above 200 euros / MWh, Recore companies could receive only in this year the profitability that they would have obtained in two or three years (that is, a minimum of 14%) at a pre-scaled price. The companies remember that although, indeed, they are benefiting from the pool prices, this does not mean that they will charge more than their share, but they will receive it before.

And, for this same reason, they add, the repayment of the debt that the electricity system, which is the one that pays them, has contracted with them accelerates (7 billion in toll charges of the light). Or, what is the same, the sooner they receive it, the sooner they will leave this incentive for the free market, abandoning the special regime. Of the 25 years, 12 years have been amortized.

According to the remuneration mechanism, which was revised and improved by this Government in 2020, accounts are settled with the companies in three-year semi-periods: if they have exceeded profitability due to having benefited from high market prices, they are discounted for the next three-year period ( they never return money) and, having collected everything, they go to the market. Now the question is that to pay off you have to wait until 2023 and the government needs to solve the electricity problem urgently.

The petition for electricity companies, threatened by the RDL law of September 14 that reduces the benefits rained from the sky or windfall profit they receive when gas marks the marginal price in the pool for their non-CO2 emitting technologies (nuclear or hydroelectric), is a regulatory change that allows not waiting for the three years to be completed and that they return it and the Recore, given the exceptional price situation From the market.

If prices continue like this (as is the case with a mortgage that is amortized in advance), these plants instead of in a term of 25 years, would receive the incentive in 17 years. “Those of the special regime are those that” are really charging windfall profit “, indicate other sources, adding that some wind farms of the renewal plan” have charged up to 300 euros MWh “.

Be that as it may, the Government, advised by the State Bar, refuses to make any regulatory changes to renewable energy sources that received controversial production premiums until 2014 and that the then Minister of Industry, Jose Manuel Soria, and its Secretary of State for Energy, Alberto Nadal, they eliminated in the framework of a supposed electrical reform. The generation premiums were replaced by a remuneration that recognized the investment in 25 years (and, in some cases, the operation and maintenance) and left its review open after six years, in 2020.

Foreign investors flocked to international arbitrations, especially before ICSID, and the result is not very promising for Spain: out of fifty lawsuits, they have been handed down. 18 condemnatory reports, another 4 in favor and 26 remain pending.

To counteract the arguments of the arbitrators about the legal uncertainty of the Spanish regulation (more specifically, the absence of a transitional period), in 2020 the Ministry for Ecological Transition took advantage of the remuneration review in the new period, to improve the profitability and conditions of the affected plants, largely owned by foreign funds that have been able to resort to arbitration appealing to an alleged violation of the protection treaties of investments between countries.

The ministry rejects any movement, as it would harm Spain in the arbitrations. “It would be a retroactive change that, although it does not affect the final profit of the companies, it does affect their liquidity ”, say political sources.

An energy for the domestic ones linked to the pool

The energy sold in the wholesale market by the facilities of the special or Recore regime (renewables, cogeneration and waste totaling 29,200 MW) at the current exorbitant prices, is destined to a large extent to the domestic ones whose invoice is indexed to said prices (the PVPC ). This energy is bought and supplied by the reference (regulated) marketers of the large electricity companies, which only receive a commercial margin. The rest, up to 50,000 MW, are on the market or are governed by the conditions of the new auctions since 2016.

Bilateral contracts are reserved by the large companies in the sector (Iberdrola, Endesa or Naturgy) for their free market traders or for fixed-price contracts with the industry. The electricity companies assure that, by selling all their generation in bilateral intragroups, they do not receive the marginal price of gas and, therefore, they do not obtain windfall profit.

The incentive that the Recore plants receive is paid via toll charges (7,000 million this year), but it is expected that this debt will progressively pass to the future Sustainability Fund of the Electricity System.