A poetic tour of the outskirts of an Ethiopian city 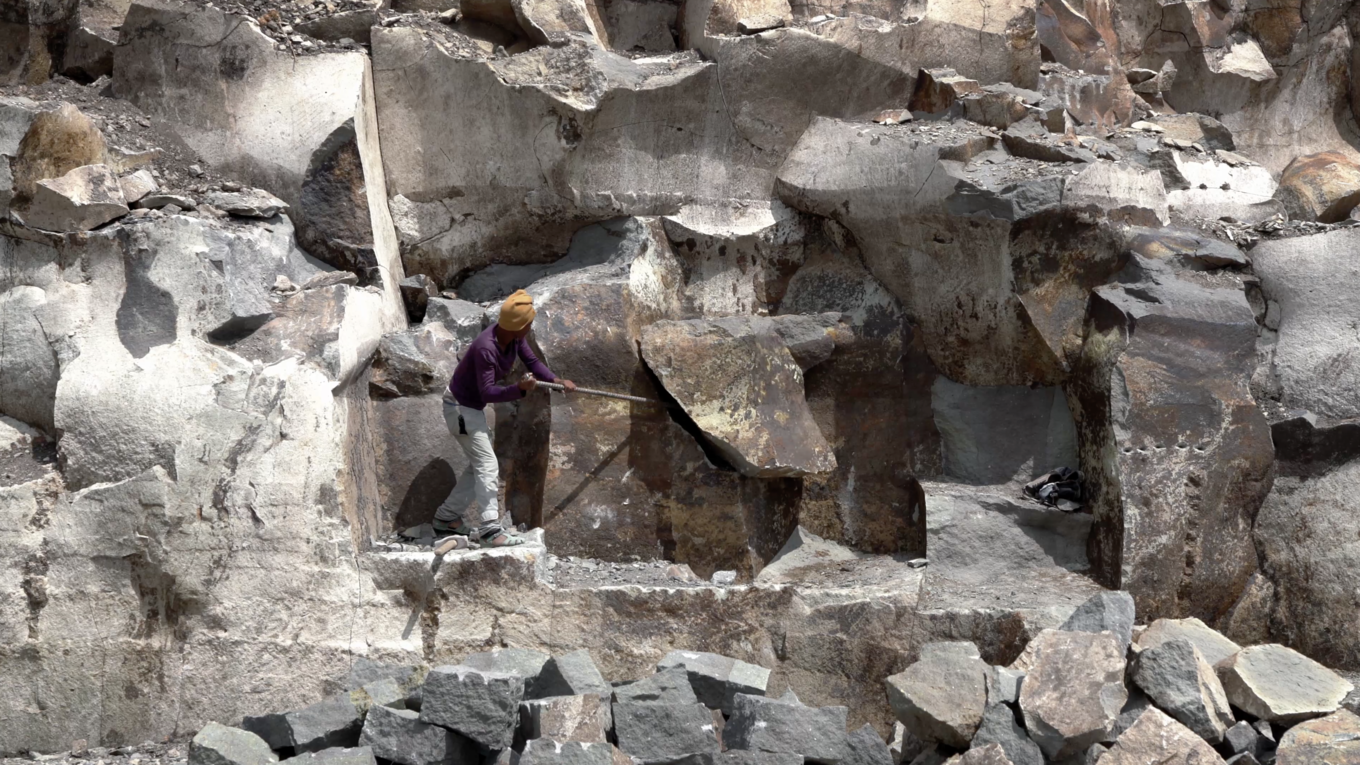 How much is Ethiopian blood worth in bricks? This is a question that the viewer asks himself shortly after letting himself be swayed by the long sequence shots of Rift-Finfinnee, the german movie Daniel Kötter (born 1975), in the surroundings of Addis Ababa, always under construction. In fact, Finfinnee is the name of the capital of Ethiopia in the Afro-Asian Oromo language. The film, which will be seen on October 24, as part of the seventh edition of the Another Way Film Festival —Which is being held this week in various venues in Madrid and at venues online– is the third part of Kötter’s trilogy on the peripheries. The previous two narrated life outside Tehran (Iran) and Cairo (Egypt), respectively.

Faced with the immensity of the unknown, or our ignorance in the face of the overwhelming open spaces on the screen, surely we wonder if it will be possible that we will ever step on those unstable soils, on the banks of the Akaki River. And, whether we answer yes or no, each composition by the director will move us as if it were a painting from an exhibition, with jazz in the background. Köter stops, lets us observe carefully, while offering us auditory fragments that inform us about some events in that so-forgotten corner of the Earth.

The city of Addis Ababa is located on the edges of the Rift Valley, a great geological fault in continuous volcanic movement and tectonic plates, which give all life – especially rural life – the appearance of the ephemeral, of the peremptory, of which it is not known how long it will last, when it will end up breaking and becoming a sea of ​​lava and, finally, a sea of ​​water, although right now the country has no outlet to any ocean. The land around Finfinnee is gray, the color of the ashes thrown out of those mouths eager for movement, the houses are gray — because the bricks are gray — and the stones are gray. On off, we hear the murmur from outside the walls, the poorly tuned radios and the dialogues that guide the action between one stage and another, either in Oromo or Amharic (two of the five official languages ​​in Ethiopia, along with Somali, Tigrinya and the afar).

The tenacity of this population is a trait that the director highlights poetically, in the slowness of his scenes, in his patience, in the acceptance of the repeated gesture

Kötter is a filmmaker who is also theater stall and musician, and all his creation is based on admirable plans. Thus, the cement skeletons, reluctantly erected around streets of endless poverty, contain signs of posthumous or disinherited life. Barely swaying between them are the skinny bones of a donkey pulling a wagon, which are sometimes confused with the walls of the concrete ruins watched by an insomniac guard, who tells stories of the war of the 90s and repression, which does not it was only of the meat, but it was extended to the prohibition to study the rebels. Perhaps that is why today everyone seems to do what they have to do: break stones, hang clothes, transport the donkey, even walk two hours to go to school. The tenacity of this population is a trait that the director highlights poetically, in the slowness of his scenes, in the patience, in the acceptance of the repeated gesture. No one is in too much of a hurry and they all seem willing to persist and make possible what any impatient Westerner would quickly render impossible.

However, there are similarities between that world and this one, which shines brighter, but which, under the shell, also hides brick. Indeed, the brick is, there too, the emblem of the most significant breach, which is perhaps deeper than that of the Horn of Africa rift. It is the gap between the rich of the urbanizations and the poor of the gray concrete skeletons; the scar left by speculation. There are no longer farms like the ones that some inhabitants of that periphery remember and in the suburb, the control always advances, because there are no forests or bushes in which to hide. Life, however, always prevails, and the crickets and chickens sing, and, when the sun gives the nightly truce, the sky opens starry over those discolored lands, as equitable and emancipatory as it would on the prairie.

Director Daniel Kötter is now working on a series about bodies and landscape, chronicling the consequences of extractive activities in Germany, West Papua and the Democratic Republic of the Congo. Welcome to your experiment made into cinema.