2023 Women’s World Cup qualifier: the Blues spend eleven in Estonia and continue their march forward towards the World Cup

The French women’s team continues to take everything in its path on the road to the World Cup. Her latest victim is Estonia, whom she beat without difficulty Friday, October 22, on the lawn of the Duvauchelle stadium in Créteil (11-0). A river score carried by the entire collective, since eight different scorers have distinguished themselves. A month after their match against Greece, the Blue scored again at least 10 goals in a meeting.

With this third victory, the players of Corinne Deacon consolidate their lead at the top of their qualifying group, two points ahead of Wales. For their next match, they travel to the lawn of Kazakhstan, Tuesday, October 26.

By the end of the first period, all the lights were already green. Five goals from five different goal scorers, 88% possession, 22 shots, or one every two minutes. After 45 minutes, the Estonians had crossed the center line only a few times. Pauline Peyraud-Magnin, the goalkeeper, had only touched two balls.

Dominating in all areas of play, from the first to the last minute, the players of Corinne Deacon have never trembled. They built the offensives, with Charlotte Bilbault, Sakina Karchaoui and Delphine Cascarino at the helm. They capitalized on set pieces, on the penalty spot, through Eve Perisset (25th), on a corner, thanks to the head shots of Aïssatou Tounkara, evening captain (72nd). 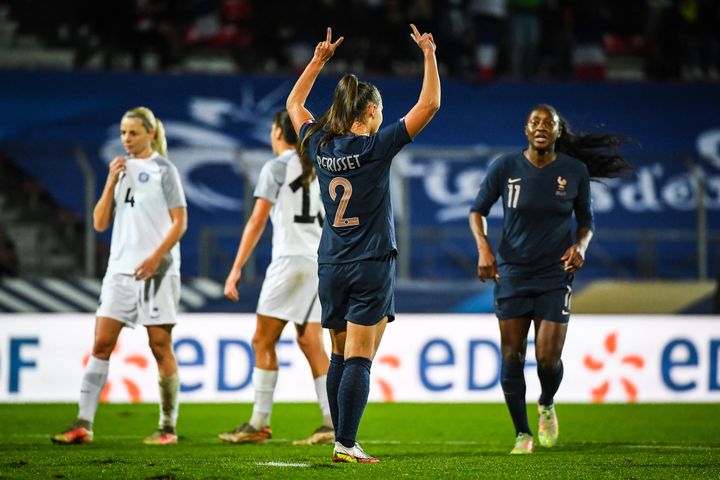 They also took advantage of the defensive errors of their opponents, a ball poorly judged by the goalkeeper, Karina Kork, on a strike from Sandie Toletti, a goal against his own camp from Maria Orav, under pressure, after returning from the locker room (52nd ). Finally, they tried a lot, carried by their youth, and the interesting entries of Viviane Asseyi, Melvine Malard, and Kenza Dali, who scored the eleventh and last goal of the Blue. The 1000th in their history, for numbers and records.

Miguelito Barraza: Why was your son Roberto Barraza detained by the police?

One dead and 85 injured in train collision near Barcelona

They accuse Europe of “double standards” for Ukrainian refugees