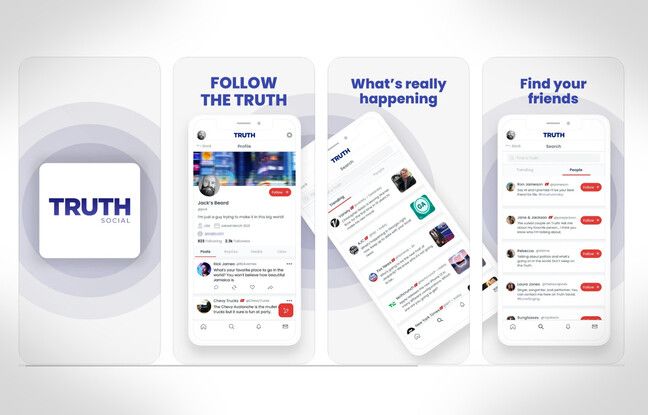 After his aborted blog, he moves on to serious matters. Donald Trump announced on Wednesday the launch of his own social network called Truth Social, after being banned in January from Twitter, Facebook and YouTube, who accuse him of inciting his supporters to violence on their platforms before the assault on the Capitol. The first invitations will be sent out in November, before a general public launch in Q1 2022.

“I created Truth Social and the Trump Media and Technology (TMTG) group to resist the tyranny of the tech giants,” said the former president in a statement, specifying that his platform should be launched in the first quarter of 2022 The big companies in Silicon Valley have “used their unilateral power to silence dissenting voices in America,” added Donald Trump.

On the app’s pre-order page on iTunes, the artwork images – which appear to be mockups created from tweets – hint at a Twitter clone, with short messages and the ability to follow. users.

The Republican billionaire was ousted from Facebook, Twitter and YouTube after the murderous assault on Capitol Hill led by his supporters during the certification ceremony for his rival Joe Biden’s presidential victory on January 6.

Before being banned, Donald Trump had nearly 89 million followers on Twitter – where he announced a number of major presidential decisions and thunderous sackings – as well as 35 million on Facebook and 24 million on Instagram. While he maintains the suspense over a possible candidacy in 2024, he will need an online presence. It remains to be seen if many users will join its platform, which will also have to moderate the publications so as not to violate the conditions of the Apple and Google app stores.

The former president had been promising for months the upcoming creation of his own social network. The billionaire’s new media group, TMTG, will also include a video-on-demand service with entertainment programs and “non-woke” podcasts.