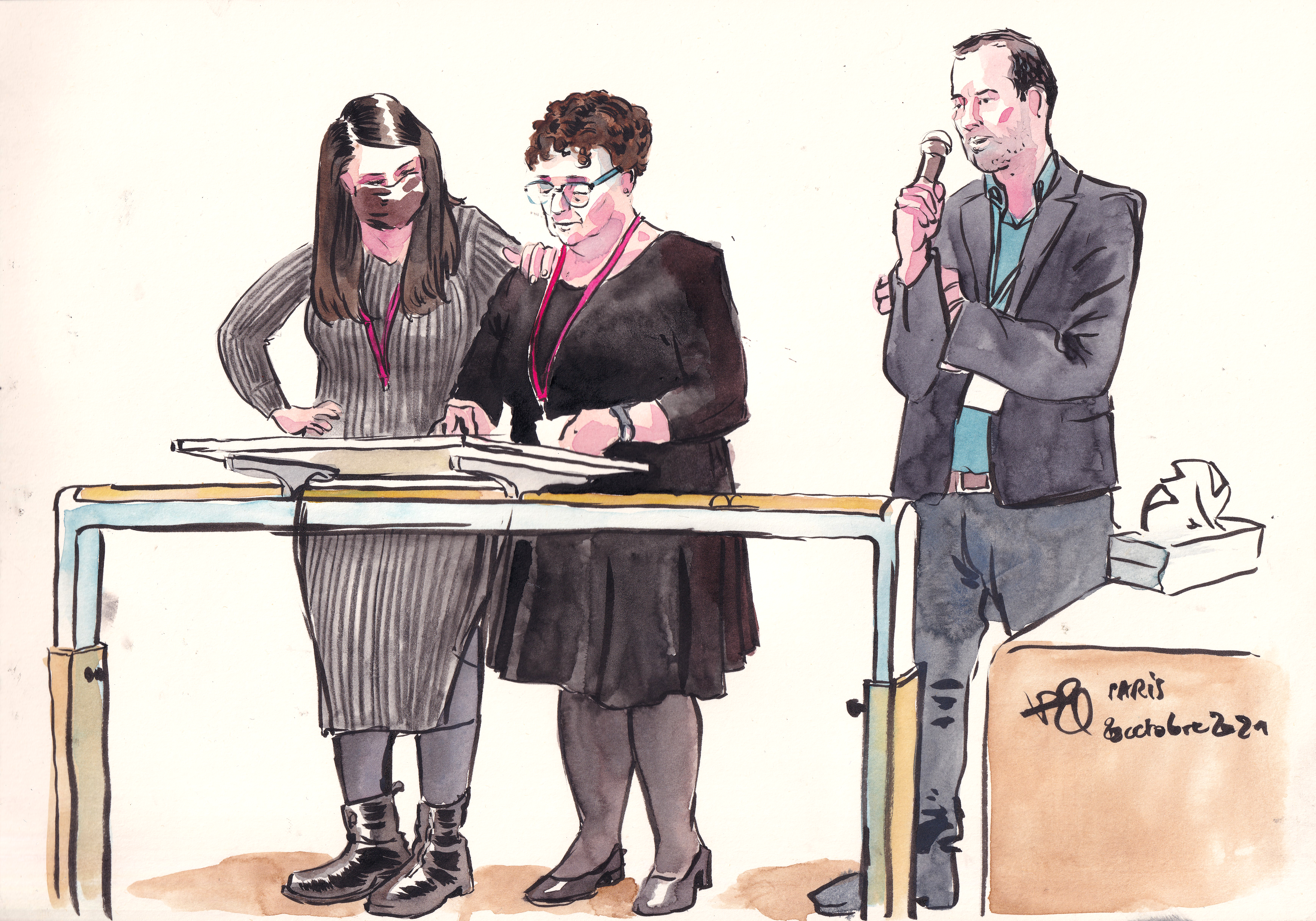 Cristina Garrido is a mother in search of answers. He wonders how exactly, on November 13, 2015, his son died in the Bataclán concert hall in Paris. He would like to know what time he was killed and if it happened suddenly or if he suffered. He also wants to clarify what failed the French authorities could not prevent the worst Islamist attack in France: 90 dead in Bataclan and 130 including the almost simultaneous attacks on several terraces in the east of the French capital and on the nearby Saint-Denis football stadium.

“What do I expect from this trial?” Said Garrido when he testified, this Wednesday, in the context of the attacks in a room set up for the occasion in the old Palace of Justice on the island of la Cité. “The sentence that you dictate,” he continued addressing the court, “is not going to repair the damage, because the sentence is not going to return my son to me.”

The Spanish Juan Alberto González Garrido was 29 years old and had a short but successful and promising professional career. He was a nuclear engineer and worked at the Electricité de France company, furthering his studies at the prestigious Haute École de Commerce. He had gotten married a few months ago and his smile conveyed contagious happiness and optimism: one had only to look, to understand it, at the photograph of Juan Alberto that, during much of Cristina Garrido’s testimony, was projected on a giant screen in court,

“I remember when he was six years old, we visited Paris,” said the mother at the beginning of her testimony. “He said that when he was older, he would live in Paris, but he never thought that he would find death here so soon.”

Cristina Garrido came to the stage with her daughter, Cristina González, “sister”, As Juan Alberto called her. They were both in black. The daughter did not remove her hand from her mother’s shoulder during the 53 minutes that the testimony lasted. The mother’s voice trembled on several occasions. An interpreter translated into French. In front of him was the president of the room, Jean-Louis-Périès. To his left, behind a glass partition, the 14 defendants present, including Salah Abdeslam, the only survivor of the Islamic State commandos that attacked in Paris.

“You are deceiving yourselves if you think you are brave,” Garrido told them. “You are cowards. You murdered Juan Alberto from behind without him being able to defend himself. Without weapons you are nothing. As long as I live I will not forgive you ”.

The trial began on September 8 and should last eight more months. The courtroom is the solemn setting where the deepest anguish of survivors and family members emerge, the feeling of guilt of some for having survived, anger. But the testimonies are much more: an attempt to reconstruct the facts through the word, from unique and at the same time shared perspectives. A mosaic that allows us to get closer in detail to the truth of what happened during those two and a half hours long: the time elapsed since the three French jihadists entered the Bataclan with kalashnikovs and until the rescue of the last hostages after they the police stormed the room and the terrorists were killed by the shooting of the officers or by blowing up their belts of explosives.

Some testimonies have highlighted, for example, the detail that the noise of mobile phones could attract the attention of terrorists who were searching alive to finish finishing off. Or, those who managed to escape have related how they had to dodge badly injured or dead bodies, or step on them.

Cristina Garrido knows that she will never be able to reconstruct the last minutes of her son’s life, but the testimonies she has heard this week have helped her to get an idea of ​​how it could be, new pieces of information in an unsolvable puzzle.

“I can’t get an idea of ​​the helplessness he had to feel, of the anguish he would have until he passed away,” said Garrido. “Today I wonder how many people could trip or walk on it.” “I will never know how they murdered him: they only told me that he was shot in the back,” he laments at another time. “I will never know if he died suddenly, if he suffered, and these things continually turn to me.”

The mother, who lived and lives in Spain, knew that her son and daughter-in-law were at a concert that night. Juan Alberto had told him that same afternoon during their almost daily conversation on the phone. “I love you, mom”, he had said goodbye. “I love you, my dear,” she had told him without knowing that they would never speak again.

At night, when the first news of an attack in Paris reached her, Cristina Garrido began frantically calling her son and daughter-in-law. “But the phone did not give a signal,” he explained to the court. And he added: “Now, hearing the testimonies, I wonder if the calls could put him in a dangerous situation.”

Garrido recalled in court the hours and days that followed. The call the same Friday night from the daughter-in-law, who was unharmed. The uncertainty about the fate of Juan Alberto who had remained inside the Bataclan. The trip the next day from Madrid to Paris and the pilgrimage through the hospitals. The unpleasant bureaucratic procedures until the body can be recovered and repatriated. And in the following months and years, the physical and mental consequences, and the pain that never ends and nothing fixes. “Sometimes they tell me that time heals everything,” said Juan Alberto González’s mother. “Is not true”.