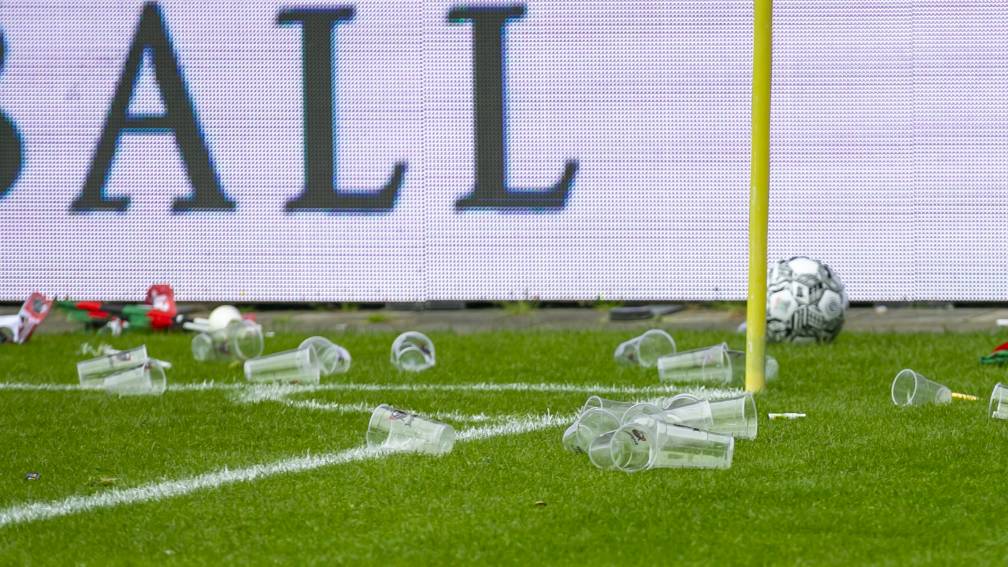 The KNVB sees a significant increase in fan violence in and around football stadiums. 45 investigations into misconduct have already been launched in the first quarter of this season in the Eredivisie and the First Division. The past weekend, including the problems surrounding NEC-Vitesse, is not yet included in this. In recent seasons, the number after the entire season, so after 34 rounds, was 70 to 90.

“Players were pelted with plastic cups of beer, specific people and population groups were insulted with chants and violence took place outside the stadium in some duels,” the KNVB writes in a statement that was also signed by the Supporters collective and the football clubs, the Eredivisie CV and the Kitchen Champion Division.

The police have also noticed a different atmosphere among supporters, with groups from different clubs seeking each other out and entering into a confrontation. This has already led to several fights. Young fans in particular seem to want to profile themselves. Older supporters used to keep them in check somewhat, but that doesn’t seem to work or happen anymore.

According to the football association, it seems that stadium visitors will let themselves go without limits after the corona restrictions have been lifted. “Sometimes days in advance a hostile atmosphere is created in which some people seem to lose themselves. It often starts with playful actions, but they then turn into matters that no sane person wants anything to do with,” the association writes.

The disciplinary committee issues fines based on the prosecution’s investigation. Most investigations have not yet been completed, but there seems to be more going on, KNVB spokesperson Jaap Paulsen said in Nieuws en Co on NPO Radio 1. “Throwing beer suddenly takes off. That seems to have become normal, but is it? of course not,” he says.

“A similar development can be seen with stadium bans, normally there are about 600 per year and now we are already over half that.” The KNVB has no explanation for the increase. “But we also see it outside of football. Since the corona restrictions have been more or less lifted, we see that people need an outlet, in different ways. Possibly pent up frustrations. This is also apparent from these figures and from what we are experiencing and see, also in the stadiums.”

There is also an increase in similar incidents internationally, says Paulsen. “In France, all kinds of supporters came onto the field at the start of the season and you hardly saw that before that.”

The football organizations are still discussing solutions this week to put an end to the abuses. “We are looking at that together, because we have to be aligned and consistent to eliminate that kind of behavior.”