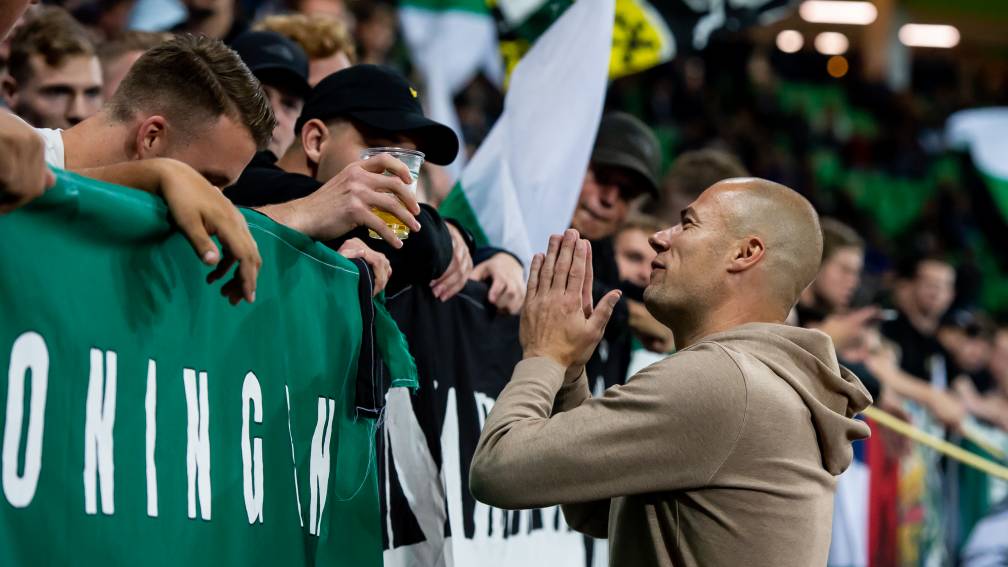 The start of the Eredivisie season was marred several times by supporter disturbances in various stadiums. The KNVB therefore formed a working group this week with representatives of the clubs from the Eredivisie and the Kitchen Champion Division and the Supporters Collective.

It has emerged from the consultations of the working group that the clubs in professional football will continue to use a person-oriented approach for the time being, but they are considering taking more serious measures if the incidents continue.

“We want to do everything we can not to end up in this phase,” the KNVB reports after consultation with the clubs. Supporters of playing clubs must in any case register until the winter break before they can gain access to a visitors’ section. When objects are thrown on the field, such as mugs of beer, warnings from the stadium speaker follow.

If the throwing does not stop, the game is stopped and the catering closes at the relevant boxes. Anyone who throws objects on the field, is guilty of offensive chants, wears face coverings or uses violence, will receive a national stadium ban and a fine.

“Should there be no reduction in incidents, we will enter the final phase where increasing penalties, banning supporters and stopping or even suspending matches even faster will become possible.”

In the first weeks of the season, the number of incidents involving football supporters was significantly higher than normal. The KNVB recently reported that there are already 45 disciplinary cases, while there are normally 70 to 90 in an entire season.

Three hundred stadium bans have already been issued, more than half of a full season. “This season is different from other seasons,” said a spokesman for the union. “It seems that after the corona restrictions, people are now looking for an outlet for pent-up frustrations, but that is no excuse of course.”