Shortages of labor, of certain products, of fuel, lack of truck drivers, the United Kingdom is having a complicated comeback. Mainly because of the Covid-19 pandemic but Brexit is making the situation worse. This is particularly the case in Ebbw Vale, the Welsh town which voted the most in favor of Brexit. Five years ago, 62% of its inhabitants wanted to leave the European Union.

Phillip Edwards meets under a clock. A metal structure with a curved foot that represents the neck of a horse. In any case, this is the artist’s explanation. Paradoxically, if this municipal councilor is in this place, it is not because he particularly likes this work. “Not really no. It’s pretty, it’s a charm but that’s it. People ask me the time, without even realizing that this thing is a clock,” he said. Phillip Edwards crosses the market he knows by heart, he runs it. He who was born and raised in this town of 18,000 inhabitants, in this Welsh valley. 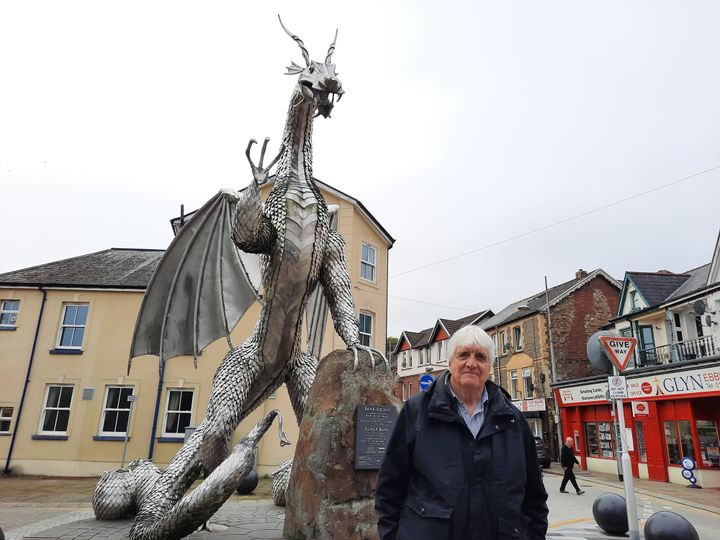 At the other end of the street, a metal statue, a dragon this time. Both works were largely funded by Europe at the time. Several tens of thousands of euros each time. “No industry has been brought here, no jobs. Only stuff like that. It doesn’t bring people anything. It might be nice but it doesn’t give you a job,” said Phillip Edwards.

This former iron and steel bastion has an unemployment rate of around 40%. Brexit has not solved anything and that, some inhabitants are well aware of it. “I voted to leave Europe. If I had to vote again it would probably be to stay, judge one of the inhabitants of the city. Obviously, I voted by believing the promises: more money for health services, better immigration control for more jobs here. And now, the heavy goods vehicle crisis with the lack of drivers. My opinion is that this government must be released and started over ”.

There have always been very few immigrants here. European investments, this municipality has benefited like no other in the country. Tens of millions of euros for apprenticeships, a railway line, the rehabilitation of an industrial site. But Brexit won to the chagrin of the butcher who voted against and who sees the concrete consequences in his small shop. “Some of our products come from Europe so obviously the prices have increased to import them. This is why the prices are increasing for my customers. There are fewer purchases in my business since we left. Europe “, he laments. At Ebbw Vale, we had the feeling of being far, very far from Brussels. Lately, we feel more and more distant from London as well.