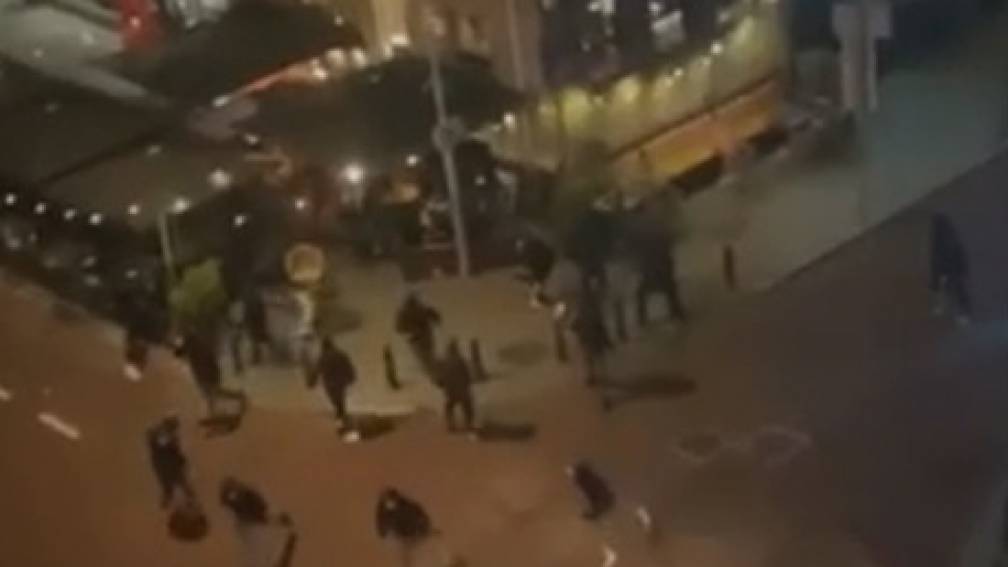 In a restaurant in the center of Rotterdam, the club management of Union Berlin was attacked by Feyenoord hooligans last night. The German club will play against the Rotterdam team in De Kuip tonight in the Conference League.

According to the police, dozens of Feyenoord fans gathered in the center last night. When some of them arrived at the restaurant, chairs and other objects were thrown. The police confirm that a 25-year-old person has been arrested after the officers intervened.

“It is still unclear whether it was a targeted action against the club members,” said NOS sports commentator Arman Avsaroglu. “It seems that some people who call themselves supporters saw some people in the Union uniform and then decided to harass them.”

The German newspaper Berlin courier writes that at the time of the attack, 25 people from the football club were eating in a tapas restaurant, including the club management. One of them was taken to hospital with head injuries.

“Fortunately, no one was seriously injured. You can’t count on something like that,” a Union spokesperson told the German news agency DPA. He says women and the elderly were also part of the attacked group.

Feyenoord condemns the attack in a statement on his website in sharp terms and calls the incident insane, totally reprehensible and a cowardly act. “The club cannot get over the fact that people think it is in any way acceptable to exhibit such behaviour.”

The club underlines that the rivalry between the teams only belongs on the field. “For people who think otherwise, there is zero place at the club.”

The Rotterdammers offer their German colleagues an apology for the outburst of violence. Union thanks Feyenoord via Twitter for the clear language: