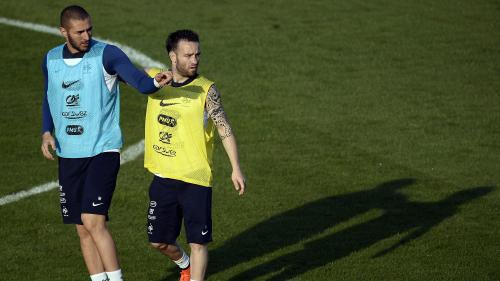 It was a central point in the story that shook his career in the France team and that of Karim Benzema. Mathieu Valbuena returned on Wednesday October 20, from the first day of the trial of the “sextape” case, to the discussion held with his ex-teammate during his last meeting with the Blues in Clairefontaine, October 6, 2015.

“When he tells me he wants to talk to me, I don’t think he’s going to talk to me about that. When I had this conversation, I walked out of that room, I was shocked. I felt that ‘he insisted on making me meet a person who was to act as the intermediary, his trusted person (Karim Zenati, friend of Benzema). He was very insistent, “explained Mathieu Valbuena to the Versailles Criminal Court.

Five days after this exchange, the two men were banned from the national team. If Benzema signed his return last May, Valbuena has never returned to the France team. And it is precisely this conversation that earned Benzema to be tried, despite his absence, for complicity in an attempt to blackmail around an intimate video.

“I was much closer to some players, but I didn’t have a bad relationship with him either.”

at the trial of the “sextape” case

His teammate in selection was not aggressive and made no mention of money, admitted the alleged victim, who however added that “when you solve a problem like that […] This is not for a football seat swap. “Disappointed by Benzema’s absence from the trial, the latter gave more information on the nature of his relationship with the current Real Madrid striker.

“I was much closer to some players, but I didn’t have a bad relationship with him either. Outside of football, in private life, we never saw each other. We were teammates in the France team, this is the Holy Grail for footballers, I never thought we could have come to this. If I had known that Benzema was in this case, I would never have complained. I am a victim, that It was very hard to hear what Karim said, “he continued.

Karim Benzema, who is represented by Me Antoine Vey, is not present at the hearing, his lawyer having advanced “professional” reasons. He risks up to five years in prison and a fine of 75,000 euros for having played the role of intermediary for the alleged blackmailers.