Caroline from “NOPLP” “cried in relief” after her elimination 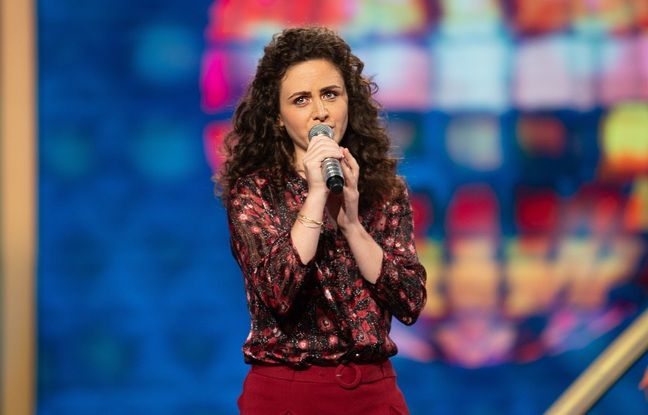 This time, she forgot the lyrics. After 56 victories, Caroline of Remember the words admitted defeat not without having marked the history of the game of Nagui. This Thursday, October 21, the candidate left with the sum of 416,000 euros and the title of second greatest maestro of the show of France 2. A status that she embraces but which is not without drawbacks, admits- she at 20 minutes.

First, let’s take a look at the overall picture. What was the highlight of your 57 participations?

I would say taking the silver mic. When you get to the shoot, you don’t know who you might fall into. There is a lot of stress about that because we always tell ourselves that we are going to run into someone very, very strong and that we will not have a chance. When the bell rang [signifiant sa première victoire], I was completely panicked.

You were on the show for the first time five years ago. What has changed in the meantime?

When you have already seen the set once, you are less impressed than the first time so there was perhaps a little more relaxation. And I had revised better too. In 2016, I had only been there with my personal knowledge and it was not enough. In the meantime, I revised songs that I liked less, that I listened to less so I took the time to review all those songs that I didn’t have in mind in 2016.

When you started filming, did you go there with the goal of becoming one of the best maestros?

I can’t say I left saying I was going to be the best, that’s obvious. Already, I don’t have much confidence in myself and then we play against people who have revised a lot. I really took the shows one after the other. I had a course that went up very slowly at the start. When we get closer to the masters, we say to ourselves “maybe I should go upstairs. When we get into the top 16, we say to ourselves “wow, maybe I need to do more. We let ourselves be carried away by the moment. I did not foresee anything of what happened.

At the end of your career, did you have any hope of dethroning Margaux?

Honestly, no because it’s scary to be in the best. Is this really my place? I always question myself a lot. The people I beat, I watched them on TV and thought they were too strong. I would never feel up to their journey. The first place scared me much more even if the second place scares me too. I didn’t aspire to be number 1 because it’s always scary to have this place to prove. It is a burden to be first, it is never funny. If I disappoint at the time of the masters, I would not have this weight to be number 1 even if I will still be expected at the turn.

What was your state of mind when you handed the silver mic to your opponent?

It happens very quickly. Between shoots, I kept telling myself in my head “what am I going to say when I lose?” “. I really thought I would lose a lot sooner than that so I had already thought about what to say. In the end, I didn’t say what I wanted to say. First of all, you feel relief. I didn’t have any regrets at all because I didn’t stammer, I really didn’t have the word. Afterwards, when you leave the stage, you cry with both joy and relief because it’s really hard on the nerves. The shoots are tiring, it’s a very difficult time, you can’t tell everyone at work. In the end, a big part was relief.

Before we started filming, did you eat, drink and live Remember the lyrics?

It is a program that requires a lot of resources. Since 2016, I listen to music that I like or that I don’t like on a loop, I have music constantly in my ears. When we have a doubt about the lyrics, we go to the Internet. There is all this revision part so it is a bit the physical preparation of the athlete. Then, on the day of shooting, there is a conditioning. I didn’t necessarily study the night before, I went to bed early to be in good shape. I have had shoots where I was very tired. Afterwards, I had my little superstitions, I did core training and squats before starting the shoots. I needed to do this sport before leaving home and it became like a ritual.

Is the shoot as hard physically as it is mentally?

You can’t physically imagine how you’re going to experience being standing all the time so it’s really a sport. And sing as much… There were several shoots where I had no more voice the day before. We wonder if we are going to hold out physically. Everyone is preparing as best they can to be in top form the same day so as not to have any regrets. It’s a good comparison to say it’s like sports. I, who practiced a lot of sport in competition [du tennis à un niveau départemental], I had about the same stress.

Good question ! I have not yet received my winnings so it’s a bit difficult to achieve even if we say to ourselves that it will fall one day and that we will have to do something with it. I have small ideas. With my partner, we might want to buy a motorbike for both of us. I have already made small purchases: a connected watch, clothes. I had promised friends to take them to a gourmet restaurant and they have already started to make a list! I’m not going to spend it all at once.

You have opened a YouTube channel. What are your projects ?

A friend told me that he had the address of a studio in Paris. I accompany myself by musicians whom I pay. I have this project for which I will perhaps put a small sum aside to animate this youtube channel. It’s a great challenge to try to take advantage of the show to make myself known in the covers of songs. I am accompanied by people who are composers, we may be considering writing texts together. I don’t know where this will lead me but why not write my texts.