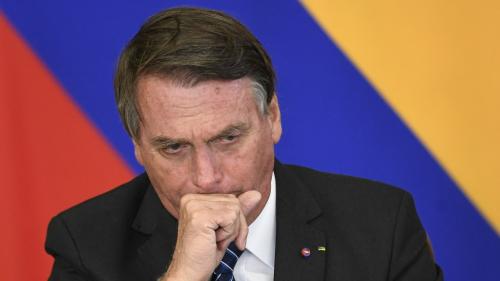 Six months of work, 1,200 pages of report and a devastating verdict for the image of the Brazilian head of state. Senators have called for Jair Bolsonaro to be indicted for at least ten crimes. They accuse him in particular of a “crime against humanity” for his policy during the Covid-19 pandemic, according to a report (in Portuguese) published Wednesday October 20.

Made up of senators of various political tendencies, the parliamentary commission of inquiry also asks for his indictment for “charlatanism” or “prevarication”.

“At the end of six months of intense work, this parliamentary committee has gathered evidence which shows that the federal government (…) has acted slowly in the fight against the pandemic, deliberately exposing the population to a real risk of death. ‘mass infection. “

The Senate commission of inquiry

For the senators, the crimes cited in the report are “intentional”, the government of Jair Bolsonaro having deliberately decided not to take the necessary measures to contain the circulation of the virus.

The parliamentary commission of inquiry in particular investigated the responsibilities of the government in the serious oxygen shortage that caused the death of dozens of patients by asphyxiation in Manaus, the anti-confinement speech by Jair Bolsonaro and his denial in the face of the seriousness of the Covid. -19, which he called a “grippette”.

The commission also looked into the relationship between the government and private health mutuals accused of promoting “early treatment”, including hydroxychloroquine, whose ineffectiveness has been proven. One of them, Prevent Senior, is suspected of having carried out experiments with this type of treatment without the knowledge of her patients and of having pressured her doctors to prescribe them to “human guinea pigs”.

The government is also pinned for delays and suspicions of corruption in the procurement of vaccines. The commission of inquiry has also called for the indictment of four ministers and two former ministers. The president’s three eldest sons have also been targeted for “incitement to crime” through disseminating false information.

Senators on the parliamentary commission of inquiry does not have the power to initiate legal proceedings itself, but its revelations could have considerable political impact, as polls already show Jair Bolsonaro the loser to ex- President Luiz Inacio Lula da Silva one year away from the presidential election.

The fact remains that, as serious as they are, these accusations should nevertheless have a mostly symbolic significance for the time being. The far-right president does indeed benefit from support in Parliament capable of preventing him from opening an impeachment procedure. Likewise, Attorney General Augusto Aras, who is one of his allies, can block any indictment.

The big family of “uncle Joe”