Asterix and the Griffin

by Jean-Yves Ferri and Didier Conrad

Two years after having made the daughter of Vercingétorix a Gallic Greta Thunberg, Jean-Yves Ferri, scriptwriter of the adventures of Asterix and Obelix since 2013, launches the famous duo to the rescue of another heroine with a strong character. Kalashnikovna, attractive Sarmatian warrior, of this nomadic people occupying the current Ukraine and southern Russia, was kidnapped by Roman troops sent to the hostile lands of Barbaricum. Caesar dreams of finding a griffin there, a fantastic creature with the body of a lion and the head of an eagle that the Greek explorer Trodexes of Collagen would have seen …

→ CRITICAL. With “The Daughter of Vercingetorix”, Asterix comes up against the conflicts of generations

At the head of the expedition, the geographer Terrinconnus, double of Michel Houellebecq (author among others of La Carte et le Territoire), will have a lot to do with the irreducible Gauls and the Sarmatian Amazons, valiant fighters as vivid as the colors of their tunics.

Faithful to the tradition of René Goscinny who liked to draw inspiration from historical documentation (the Sarmatians are not Tintin’s Syldaves) while sticking to the times, Jean-Yves Ferri wanted to once again stage figures strong women, even if none really stood out during this adventure in the land of the cold.

Like the magic potion whose effects are canceled by freezing, the frame lacks a little seasoning even if the pieces of bravery are not lacking. Didier Conrad’s pencil stroke always works wonders in large boxes with majestic natural settings, or during dynamic and nicely lit night fighting scenes. As usual, the puns fuse, surfing on the presence of two Scythians specializing in travel advice, provided they are not blocked after a slap from Obelix.

First album to be released after the death of Albert Uderzo last year, Asterix and the Griffon pays him a discreet tribute: a little owl in tears, distant echo of the sorrow of the rabbit that Uderzo had drawn at the end of the last scripted album by Goscinny, in 1979. 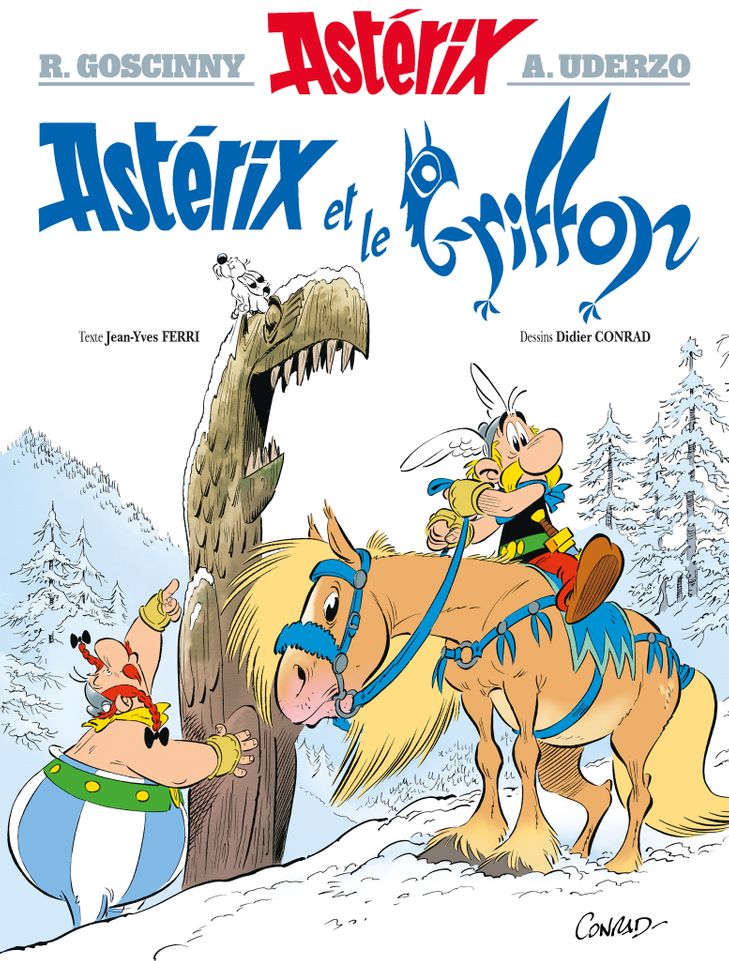 VIDEO. Japan: Mount Aso, one of the country’s most active volcanoes, erupts

VIDEO. Japan: Mount Aso, one of the country's most active volcanoes, erupts