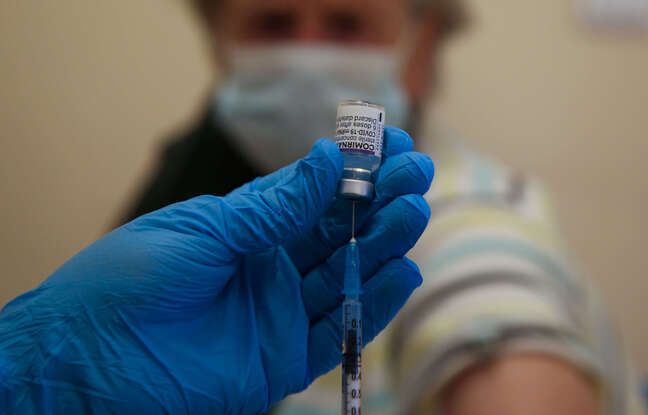 The lights are green for the Pfizer / BioNTech coronavirus vaccine. According to a study published Thursday by the two serum-producing laboratories, a booster dose of the latter is 95.6% effective against symptomatic forms of Covid-19. The phase 3 clinical trial, carried out on “10,000 people over 16 years of age” (the median age was around 53 years), shows “a relative efficacy of 95.6%” and “a favorable safety profile” , according to a statement.

“These are the first results of the efficacy of a randomized trial for a booster of the COVID-19 vaccine,” said the two companies. This study was carried out even though “the Delta variant was the main strain” circulating during this period. “These results demonstrate once again the usefulness of the recalls in our efforts to protect the population against this disease,” said Albert Bourla, CEO of Pfizer, quoted in the press release.

Decreased immunity in some populations

These results will be submitted to regulatory authorities “as soon as possible”, they added. Several countries have already authorized the administration of a booster dose against the coronavirus to boost the immunity of those vaccinated, which seems to go down after several months, according to some studies.

In the United States, experts from the American Medicines Agency (FDA) have been recommending a third Pfizer / Biontech dose since the end of September for certain populations at risk, such as those over 65 years of age. “The available data suggest a declining immunity in certain fully vaccinated populations”, recently justified the acting chief of the FDA, Janet Woodcock.

Inequalities between rich and poor countries

In Europe, the Medicines Agency (EMA) approved the principle of a third dose of Pfizer / Biontech for people over 18 at the beginning of October, leaving the States with a more precise choice of eligible populations. France, for example, has started administering this booster dose to certain categories of the population: the oldest (six months after their vaccination) and people with weakened immune systems. Other governments have gone further: in Israel, the third dose is available from the age of 12, five months after vaccination.

The subject of the third dose has, however, revived the issue of inequalities between rich and poor countries, while access to the first dose of vaccine remains very limited in certain regions of the world, particularly in Africa. Especially since two doses also protect very effectively against severe forms of the disease.