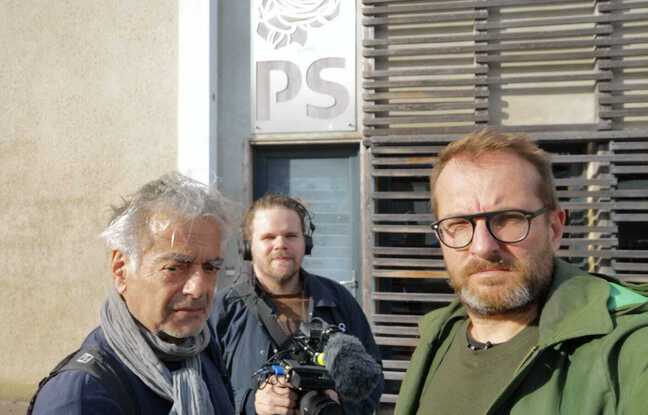 A Parisian, a Bordelais and a Brivist. Here is the trio of shock which wants to put back in the saddle Lionel Jospin! Politically speaking, of course. This Wednesday morning, Philippe Laumont, Léonard Héliot and Jacques Torregano took to the road for a road trip of a few days in the footsteps of the former Prime Minister. Their goal, to convince him to run for the presidential election of 2022.

If the idea seems like that a little far-fetched, the three friends want above all to go and meet the French. Hear them, listen to them, interact with them to take the pulse of the country. They will perhaps turn it into a small film or documentary in a few weeks, like the good producer, photographer and director that they are. Before getting back on the road, Léonard Héliot looks back on this adventure like no other for 20 Minutes.

How did you come to this project?

It all started with a meal this summer. We ended up talking about politics and the fact that the left was no longer very present today. That finally, it was a gaping hole since 2002 [et l’élimination de l’ancien Premier ministre socialiste face à Jean-Marie Le Pen et Jacques Chirac au premier tour]. The next day, we thought about it again and above all we started to read Lionel Jospin’s latest book, Troubled time [paru en 2020]. And for us, it’s much more than a book, it’s a campaign project. It looked like he was going to introduce himself. We make a comeback at 84 for a final Biden-style term. And then, we had the idea of ​​the road trip by passing throughout our journey on important places in his life.

And how is it going then?

Well, we just left Meudon this morning [le lieu de naissance de Lionel Jospin]. There, we are in Tours in front of the PS Federation. We plan to go through Saumur on Thursday [où l’élu a effectué son service militaire], Poitiers, La Rochelle… We will also make a detour on Friday via Jarnac [où est inhumé François Mitterrand] before ending up in Ars-en-Ré where he has a house. We are driving an R19 because we saw that he had one on his 1992 declaration of fortune, a car he was stolen two years later. Symbolically, we will give it back (laughs). More seriously, on this course we will meet people, listen to them. We also have a book of complaints that we hope to be able to give him.

The beautiful story would be to meet him on Sunday …

Yes but frankly, we don’t do that for that. Above all, we want to meet people and discuss with them the state of our society or of the left today. So far, we’ve just had contact with his secretary. We don’t want to plan anything in advance. On the other hand, we intend to go to the local bakery, ask what is his favorite cake and then go ring the bell at 2 p.m. on Sunday to offer him a gift. If he does not answer, we will eat him on the beach, it will also be very nice (smiles). It will remain a sacred experience.