“The Wolf People”, an Irish ode to nature 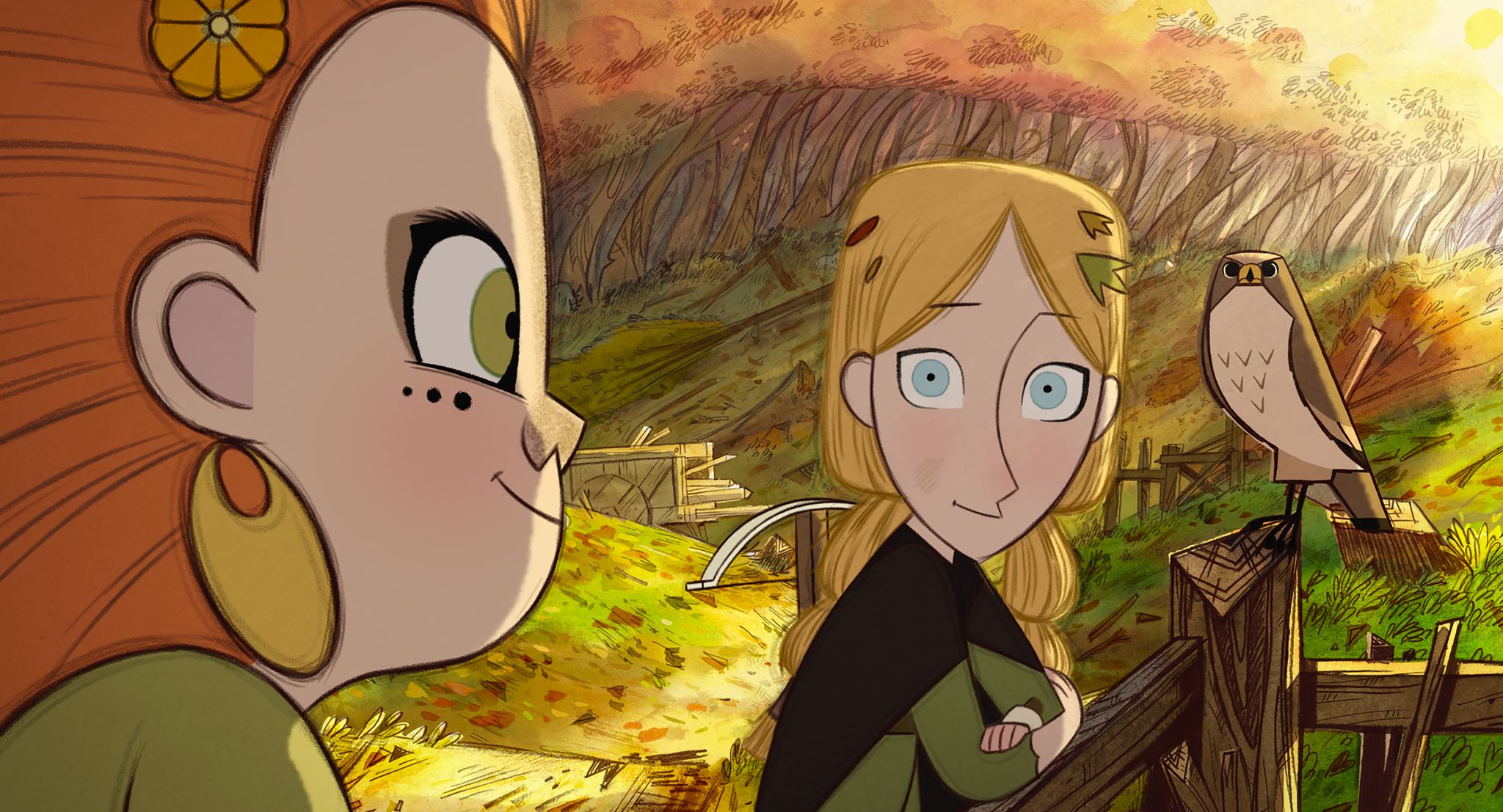 by Tomm Moore and Ross Stewart

They are called wolfwalkers, those who walk with wolves. They populate the Celtic legends, in which the Irishman Tomm Moore likes to go to draw to make his formidable animated films.

After Brendan and the Secret of Kells (co-directed with Nora Twomey in 2009) and Le Chant de la mer (2014), finally here is Le Peuple loup, the release of which has been postponed for a year. The last part of a triptych on the folkloric and religious tradition of his country, this new wonder is coupled with a strong historical and political dimension.

In 1650, Ireland was under the control of England after being conquered by Oliver Cromwell. The lord protector undertakes to “civilize” the island by favoring agricultural crops to the detriment of the forests where the wolves live.

In Kilkenny, English hunter Bill Goodfellowe is tasked with getting rid of a pack defending his territory. But Robyn, her 11-year-old daughter, befriends a wild child. Human by day, wolf by night, Mebh makes him understand that the threat is not what we think …

An invitation to go beyond appearances

Symbols of the indomitable character of the Irish, wolves also embody nature in its raw state, in its most powerful and impressive ways. The film does not seek to soften this disturbing character of the flora and fauna, on the contrary. Everything is done so that the youngest can feel it with the same intensity as the graceful beauty of the forest. In these dazzling natural settings, the soft and discontinuous curves of the vegetation marry the magical volutes of the spells cast by the wolfwalkers.

These creatures move more than others, with a particular attention paid to the expression of the most delicate feelings, like those at the same time awkward and touching of the budding friendship between them. two children. Two girls who brilliantly reflect the enthusiasm of a youth in search of greater harmony between human community and nature, which Le Peuple loup never ceases to say is also an invitation to go beyond appearances.

Austria and Hungary are looking for van driver with killed migrants

Pilar del Río: “Saramago discussed the dogmas, but he knew on which side of the world he was”

Weather in Cancun today: the forecast for Monday, December 6, 2021